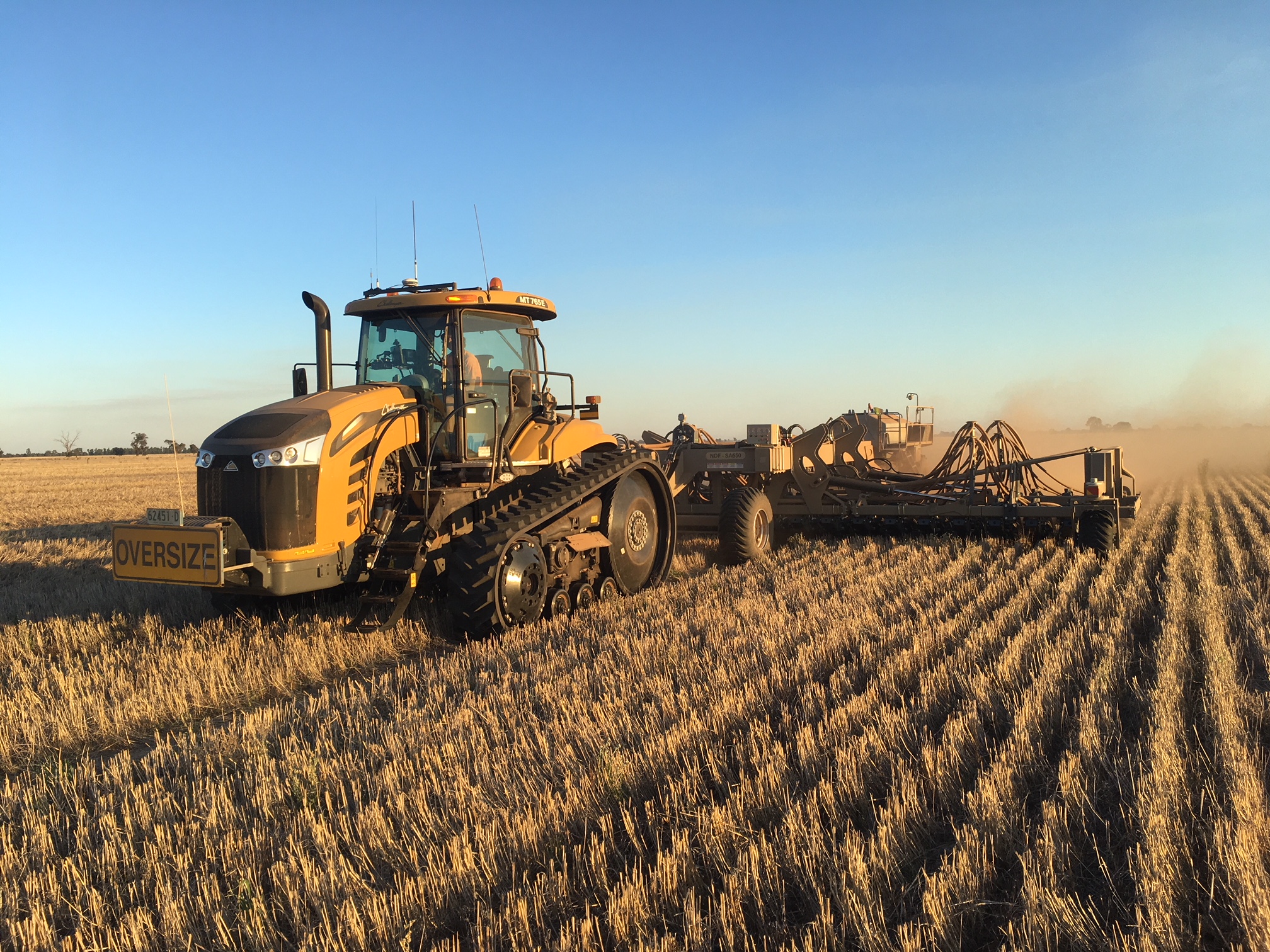 Disc seeding systems combined with a stripper front have been a popular topic over the last few years. While It’s a bit more of an obscure system, there still is a lot of interest on the topic.

In this podcast, you’ll hear from Murry Scholz. He’s based in Henty, NSW and has a John Deere, with a disc seeder on 7.5” rows. He’s a mixed farmer and 2017 was his first year using the disc seeder.

You may already be familiar with the Hatty family as they hosted growers on their farm for WeedSmart Week in 2017 and have been featured in our podcasts and stories. In this podcast, Stephen Hatty gives us some insight into his disc seeding operation. Stephen is based in Matong, NSW and has an NDF disc on 10” rows, on heavy clay soils. Like Murray, 2017 was the first year he used the disc seeding system.

Even crop establishment between two different wheat varieties and wheat maturity on 7.5 inch rows at Murray’s farm in 2017 (disc seeding).

Go to the next podcast | Diverse rotations rock – good for profit, weeds and nitrogen!
Back to Podcasts

161 Getting residual herbicides right after harvest