Acting early pays off in the war on weeds

If nothing else, herbicide resistance is predictable, but efforts to prevent seed set do pay off, particularly if action is taken early.

NSW DPI weeds specialist Tony Cook says that growers are becoming increasingly aware of the potential impact of herbicide resistance on their farming operations and they are seeing the benefits that come from early and decisive action. 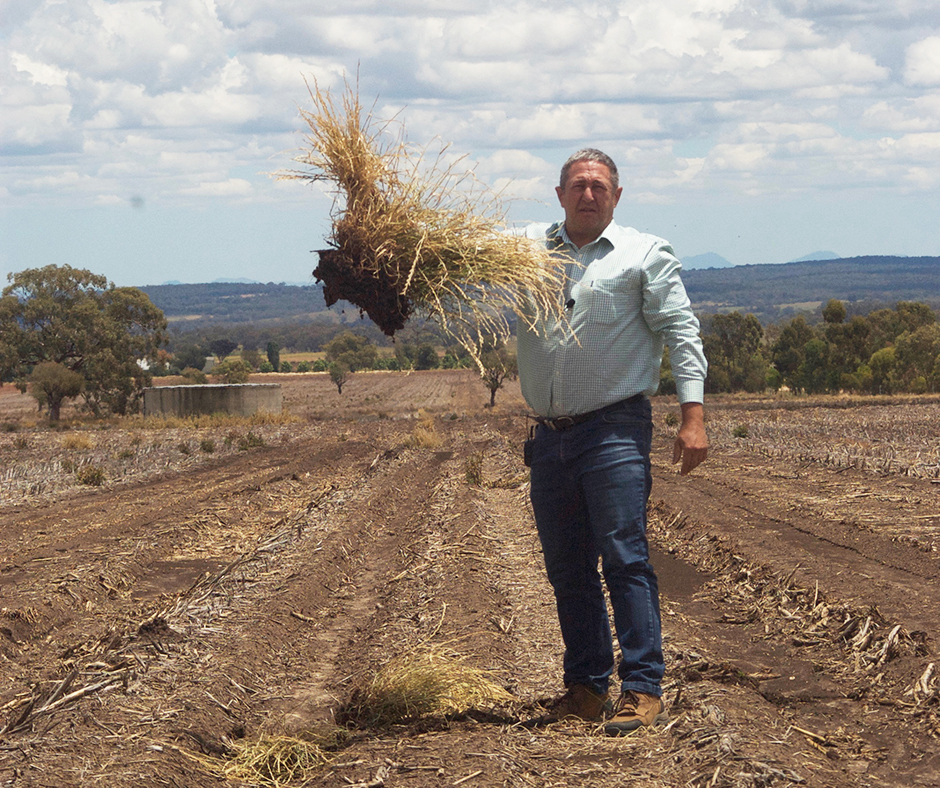 Many factors may influence the process but if an individual plant that is resistant to a herbicide sets seed, it is only a matter of time before a small number of resistant plants becomes an ever-increasing weedy patch.

Mr Cook says that growers can build farming systems that have a level of ‘immunity’ to herbicide resistance. “If growers concentrate on minimising or preventing weed seed set, they can win against herbicide resistance,” he says. “The trick is to use a variety of means to keep weed numbers low and to keep pressure on seed set. If resistant plants are prevented from setting seed, then the problem is contained.”

“Eight out of the twelve glyphosate resistant species in Australia are present in weed populations in NSW and Queensland, particularly near the state border,” says Mr Cook. “In this region resistant awnless barnyard grass, annual ryegrass, liverseed grass and feathertop Rhodes grass are the main problems.”

Mr Cook interviewed four northern region farmers to find out what strategies they had used to successfully manage patches of these four glyphosate-resistant weed species. The take-home message from these four farmers was that growers can drive down weed seed banks through a strong commitment to consistently preventing weed seed set for at least five years. “The costs associated with treating the patches is an additional expense but this pales in significance against the cost of doing nothing and allowing the patches to spread across paddocks and beyond,” he says.

More details about the strategies used on each case study property can be found in Mr Cook’s webinar presentation with AHRI’s Peter Newman.

While glyphosate resistance is becoming more widespread across the region, many resistant populations are still in patches up to one hectare in size. “This gives growers the opportunity to use paddock-wide tactics combined with more intense patch management in problem areas,” says Mr Cook. “Some growers have been successful in completely eradicating herbicide resistant plants from patches of one hectare or less through very focused efforts to prevent seed set.”

Strategies such as full cultivation, optical weed detection, brown manuring, double-knocking, strategic use of pre-emergent herbicides, using livestock as the second knock and close attention to the removal of survivors have all been used in different situations to treat patches of resistant weeds. While some of these strategies are often applied across the whole paddock, some can be directly applied to the patch to minimise the cost while maximising effect.

Glyphosate resistance in weeds is becoming widespread across the northern grains region, particularly around the NSW Queensland border, however these resistant weeds are often found in small patches, less than one hectare in size.

“A shift in cropping rotation and well-timed use of paraquat in place of glyphosate is another useful strategy to drive down weed numbers for these key species,” says Mr Cook. “While spot spraying can be a good option it is easy to miss the outlier plants in a small patch. The optical sprayers can give better coverage of the weeds and often involve an alternative herbicide to glyphosate. Including a second knock to remove survivors is key to success with this and all other weed control tactics.”

“Pre-emergent herbicides are being used to good effect in the fallow, provided that growers are very aware that these herbicides generally achieve only 80 to 95 per cent weed control,” he says. “To gain any benefit from these herbicides it is very important to manage the small number of weeds that are likely to survive the pre-emergent application. There are quite a few herbicide modes of action that have a residual activity and each needs to be applied correctly to achieve the best results.”

The spread of resistant weeds across a paddock or around the farm is quite easily done through movement of vehicles, machinery, people and animals as well as wind and water flow across the paddock or along irrigation channels.

Mr Cook says being aware of new weeds on the farm, such as feathertop Rhodes grass deposited on farms around Dalby during flood events over the last few years, growers can get on the front foot with effective tactics such as double knocking before the new weeds are firmly established.

“Glyphosate resistant patches are frequently associated with fencelines and other non-crop areas on the farm and can spread into cropping fields,” says Mr Cook. “Identifying alternate strategies for managing these areas needs to be a high priority on all farms, even if glyphosate resistance is not yet evident.”