In response to a growing awareness of herbicide resistance in weeds, Australian grain growers are increasing the diversity of their cropping programs and implementing more cultural weed control tactics.

A survey of 1200 grain growers in 2021, commissioned by the Grains Research and Development Corporation, found that herbicide resistance is a key concern on 36 per cent of grain farms nationally.

WeedSmart extension agronomists around the country were encouraged to see growers reporting that almost one-third of the cropped area is sown using tactics to increase crop competition.

“Crop competition is one of the biggest levers a grower can use to reduce weed growth and seed set,” says Peter Newman, WeedSmart western extension agronomist. “There is consistent research across regions and crop types that increasing crop competition can reduce weed pressure by 50 per cent as a rule of thumb. Additionally, we know that crop competition is very complimentary to herbicide efficacy and often improves the capture of weed seed through harvest weed seed control tactics.”

“Greater crop competition can often be achieved without great additional expense, using optimal seeding rates, sowing early, narrowing row spacing and addressing soil constraints,” he says. “To see an increase in adoption of crop competition tactics in the five years between surveys is very encouraging. The national increase in adoption was almost 10 per cent, and the trend was observed in almost every growing region nationally.”

Since 2016 there has also been an almost doubling of the cropped area sown to break crops for their weed control benefits.

“In the last five years, there has been widespread uptake of break crops with herbicide tolerance traits as well as a return to more diverse cropping rotations for weed control on one-third of the cropped area,” says Peter. “More diverse farming systems offer growers more options to mix and rotate herbicide modes of action and to build soil health. Herbicide resistance thrives in simple and predictable farming systems.”

Harvest weed seed control tactics were included in the grower survey for the first time in 2021, showing growers are adopting a variety of tools to collect and destroy weed seed at harvest.

“Chaff lining, chaff decks, impact mills, bale direct and chaff carts are becoming increasingly widespread and used on a combined 22 per cent of farms. These tools are attached to the harvester and often used in all crops across the farm,’ says Peter. “Narrow windrow burning is still commonly used as a harvest weed seed control tool on farms, but only on about two per cent of the cropped area nationally.”

Several farms use more than one tactic to destroy seed from weeds that have escaped other control tactics. For example, crop topping is also widely practiced as a means to reduce weed seed set in late emerging weeds ahead of harvest. 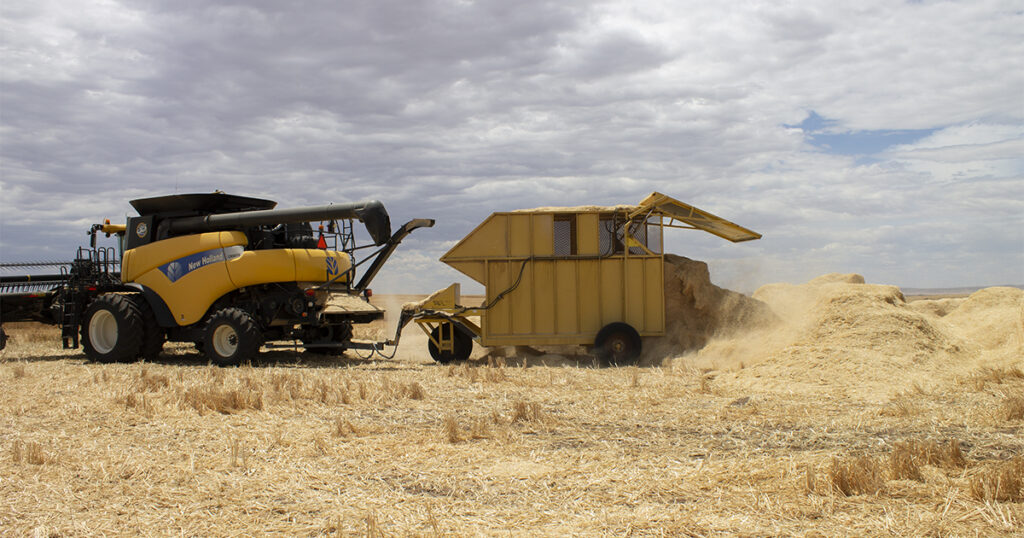