Herbicide resistant weeds are spreading through Queensland’s landscapes using all the available modes of transport—vehicles, animals, wind and water.

Good weed management practice is the only way to slow the dispersion of resistant weeds. The first step is addressing the practices that contribute to the herbicide resistance. The second step is to look at how resistant weeds might move around the landscape.

Finding new and varied ways to control weeds is the challenge for both farmers and the managers of our ‘linear corridors’, such as roads, railways and irrigation channels.

If a high risk weed is managed using high risk tactics then herbicide resistance will occur sooner rather than later. Queensland Department of Agriculture, Fisheries and Forestry (DAFF) senior research scientist, Dr David Thornby, said this resistance can occur on grain farms and in the connecting corridors across the landscape, and transfer from one site to another can easily occur.

“The way weeds are managed in each situation is the main determinant of herbicide resistance risk,” he said.

“If a grains paddock is connected to other land use zones, such as a roadside, cotton paddock or a livestock enterprise, there is a risk that herbicide resistance can develop on these other zones, if high risk tactics are employed, and be transferred to the grains paddock, and vice versa.” 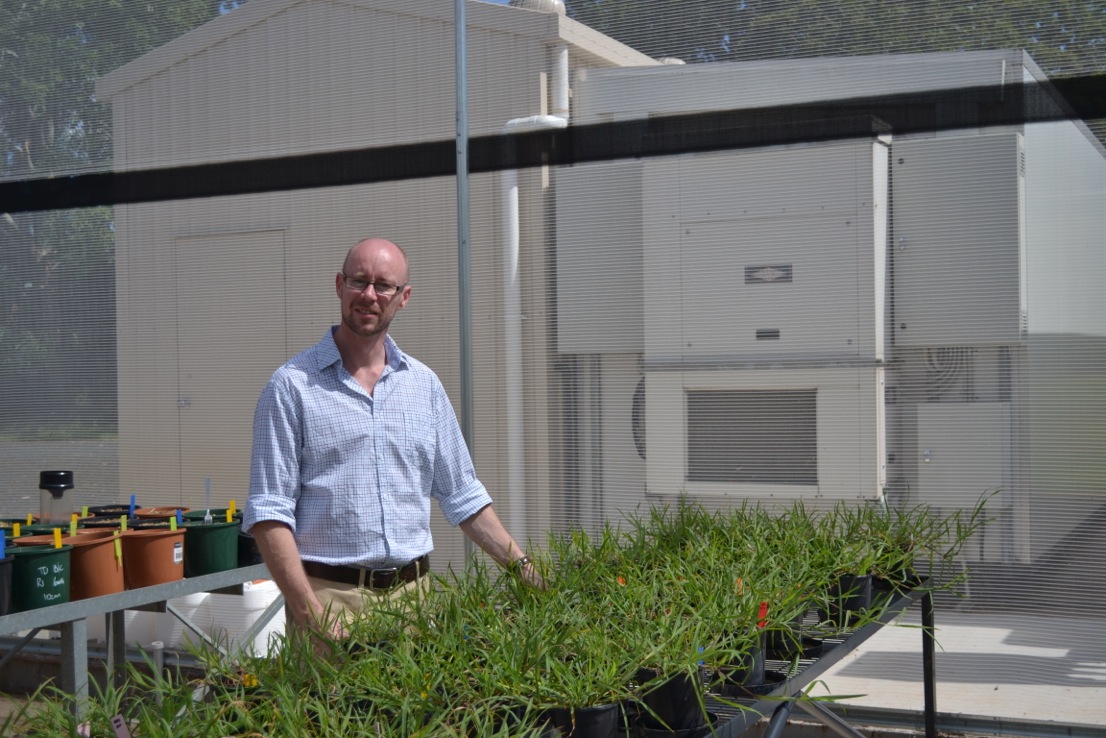 DAFF senior research scientist, Dr David Thornby, said herbicide resistance can occur in weeds on grain farms and in the connecting corridors across the landscape, and transfer from one site to another can easily occur.

Dr Thornby said the more ‘connected’ a paddock was to the landscape the higher the risk of herbicide resistance potentially being transported across the landscape.

Some managers of non-cropping areas such as roadsides, irrigation channels, national parks, railway tracks and powerlines, are limited in their weed control resources and options.

For many, herbicides are the only viable management strategy and sometimes there are community or political pressures to avoid using certain herbicides. This often leads to an over-reliance on glyphosate.

“Glyphosate is the most widely used and useful herbicide available but its repeated and frequent use places strong selection pressure on a weed population, leading eventually to glyphosate resistance,” he said.

“If this herbicide is ‘lost’ to land managers, on farms or on public land, weeds will gain the upper hand and there will be few control options available.”

In practical terms, Dr Thornby recommends that weed management teams responsible for weed control on public land and the linear corridors across the landscape assess their weed management plans and practice.

“Our workshops and meetings with land managers across Queensland have identified a wide range of weed control practices,” he said. “There are some very high risk operators and some organisations that were more informed about the risks of herbicide resistance than others.”

Dr Thornby encourages all land managers to critically assess their weed control tactics and to make a concerted effort to implement as many tactics as possible, rather than following a standard spraying routine.

“If resources are limited though, the greatest effort should be directed at areas that are exposed to the highest management risk and monitoring the effectiveness of each control event,” said Dr Thornby.

“There is a very high risk of herbicide resistance of grass weeds developing after about 15 years, if high risk management practices are routinely applied.”

Weeds are capable of developing cross-resistance to multiple herbicide modes of action so non-chemical control measures need to be included in any weed management strategy. Preventing seed set and destroying weed seeds is known to be effective in combating herbicide resistance.

The WeedSmart initiative provides a 10 point plan that is designed mainly to assist broadacre crop farmers but the principles are also relevant to weed control teams in non-farming organisations when planning their weed management strategy.