Dryland cotton and grains farmer Paul Slack is battling weeds that have high levels of resistance to several important herbicide modes of action.

Managing 4850 ha of cropping land within 30 km radius of his home farm at Gurley, east of Moree, NSW Paul is using summer and winter cropping, strategic tillage and a long fallow spray program to get on top of resistant annual ryegrass and black oats populations. 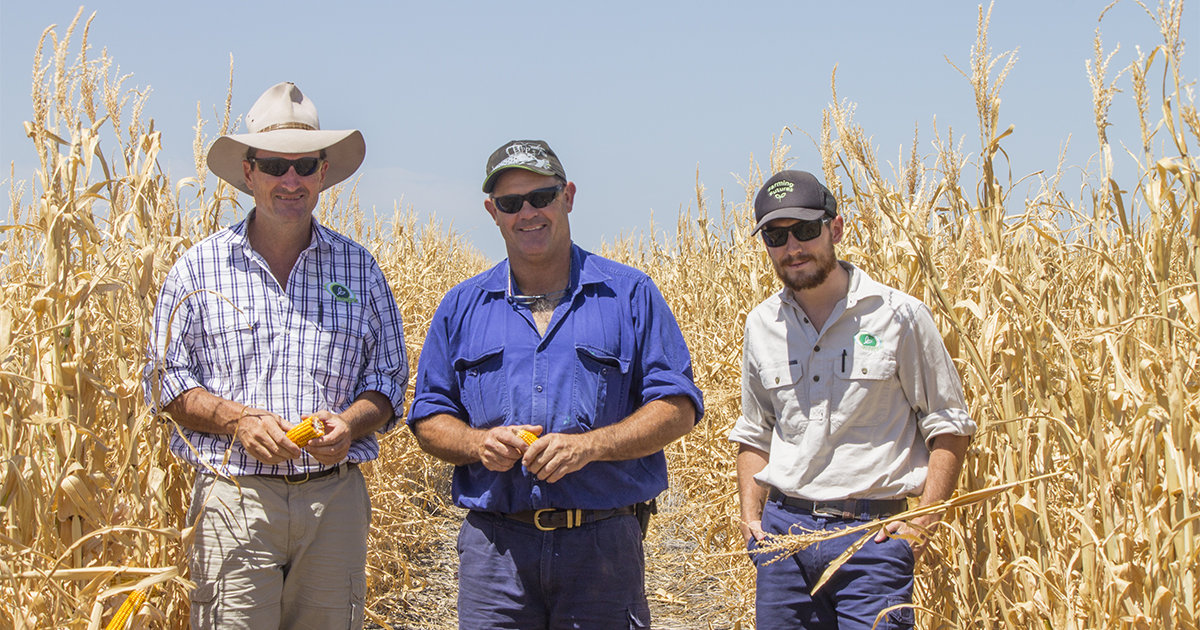 A few years ago Paul was faced with a blow-out situation of 90–100 annual ryegrass plants per square metre in a Clearfield canola crop, along with some black oats and barley grass.

The ryegrass present was tested for resistance, revealing an alarming profile of resistance to five herbicide mode of action groups. Groups A, B, M and two others, where the lowest level of resistance was to mesosulfuron-methyl (Atlantis, Group B) at 15 per cent.

The annual ryegrass present was tested, revealing resistance to five herbicide mode of action groups. A dedicated program aimed at preventing seed set has seen a huge reduction in weed numbers with annual ryegrass now confined to a few isolated patches near waterways.

With stubble cover required for the fallow ahead of a dryland cotton crop, Paul and his agronomist Tony Lockrey, AMPS Moree decided to run down the weed seed bank, starting with a double knock application to treat the first germination in autumn.

Residual herbicides were incorporated using a Kelly chain through the canola stubble prior to sowing a short season wheat crop.

“Sakura + Avadex Xtra provided upwards of 80 per cent control of ryegrass, but it must be used wisely in the rotation — we would try not to use this combination more than twice every four years,” said Tony. “In our experience, Group K herbicide Sakura is more robust in a variety of conditions, proving more stable than other residuals in dry conditions following planting, which often occurs in this region.”

An in-crop application of the selective herbicide (Group B Atlantis) in wheat followed by a long fallow and a dryland cotton crop resulted in a huge reduction in weed numbers. Paul said annual ryegrass is now confined to a few isolated patches near waterways.

“Using the Kelly chains in canola stubble represented some challenges but it was much easier than in other crop stubbles,” said Paul. “Now that the chain is worn-in I think it could be used in a chickpea crop to incorporate pre-emergent herbicides without damaging the crop. Mostly though we use it to chop chickpea stubble and to control weeds on the headlands.”

Having had success with this regime to control multi-resistant annual ryegrass Paul decided to use a similar program to rein in Group A resistant black oats that had spread over about 100 ha.

Black oats has been a problem for the last 15 years or so after gaining Group A resistance from the short wheat / chickpea / wheat rotation commonly used at the time, where there was heavy use of Group A products such as Verdict and Topik.

Black oats pressure is clearly seen in this area where the crop was not sown. The addition of dim chemistry (Group A) in the chickpeas has helped extend the life of Group A chemistry, even though there is 50 to 60 per cent resistance to Verdict (a Group A ‘fop’) in the black oats population.

Paul has used a long fallow period to regain control of resistant black oats, bringing the problem back to a very small area. “We did a long fallow after wheat then back to cotton followed by chickpea and then a short fallow and back to wheat,” he said. “This meant we could apply glyphosate in the fallow and two fop + dim mixes in the following chickpea crop. The addition of dim chemistry (Group A) in the chickpeas has helped extend the life of Group A chemistry, even though there is 50 to 60 per cent resistance to Verdict (a Group A ‘fop’) in the black oats population.”

“We might repeat this clean-up program to really run down the black oats seed bank before returning to our normal program, which now features both summer and winter crops and a broader range of herbicide tactics,” said Paul.

Black oats blow-outs are most likely in wheat crops and Paul is considering cutting weedy crops to make round bale silage. However, without a strong nearby market for the fodder and the large nutrient loss involved in baling, this decision will be a hard one to make.

Milk thistle is looming as another challenging glyphosate-resistant weed that will require a different non-herbicide solution, possibly a mechanical innovation.

“We know that zero-tillage farming led to a 30 per cent yield improvement in this environment,” says Paul. “We can’t afford to be forced back to a full tillage system to control weeds.”

“There is potential to cut the crops lower in problem areas to expose the summer weeds to knock-down control and to improve herbicide-soil contact and efficacy with residuals,” he says. “In doing so we then also need to find ways to better spread the increased volume of crop residue out the back of the header, right across the 12 m to maximise fallow moisture efficiency. Using a chaff deck system to gather weed seeds at harvest and place the chaff on the wheel tracks is also something we are considering.”

The current rotation of corn and cotton in the summer and wheat and chickpea in winter has helped bring all resistant weeds back to a manageable level. Bringing Group B chemistry into the herbicide program has been an effective tool in reducing the number of multi-resistant grass weeds and adding a Clearfield wheat into the rotation is another option for the future.