with Dr Michael Widderick, Department of Agriculture and Fisheries, Queensland

Faba bean crops have the potential to significantly curb common sowthistle, a problematic weed with widespread resistance to key herbicides, such as glyphosate and chlorsulfuron.

Dr Michael Widderick, principal research scientist (weeds) with the Department of Agriculture and Fisheries, Queensland, says faba bean is more competitive than other winter pulse crops, such as chickpea, and can play a useful role in reducing sowthistle seed bank replenishment.

“Trials conducted in 2019 at Narrabri, northern NSW and Hermitage, southern Queensland showed convincingly that the right faba bean variety grown at high density and on narrow row spacing can reduce sowthistle seed production by up to 48 per cent,” he says. “Narrow row spacing suppressed sowthistle biomass by as much as 68 per cent, resulting in a faba bean grain yield increase of up to 20 per cent.”

Common sowthistle is a challenging weed for many growers as its light, fluffy seed is easily spread, carrying any genes for herbicide resistance with it. Widely known as a weed that readily takes advantage of gaps in a crop, sowthistle struggles to thrive when faced with stiff crop competition. The seed does not persist for long on the soil surface, so any reduction in seed production will make a difference to future weed pressure.

“In broadleaf crops such as faba bean, there are few in-crop herbicide options, and it is not easy to collect and destroy sowthistle seed at harvest, so other tactics are needed to attack the weed seed bank,” says Michael. “Crop competition is a key component in the WeedSmart Big 6 integrated weed management program. Trials repeatedly show that increased crop competition can reduce weed seed production and increase grain yield, and faba bean is no exception.” 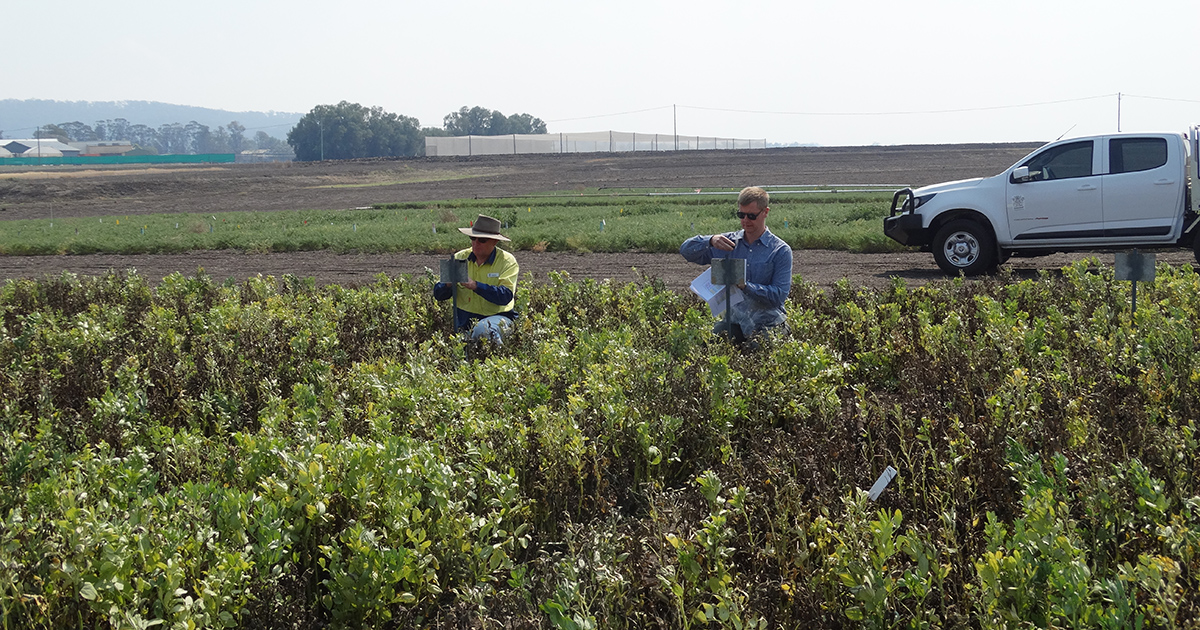 Dr Michael Widderick (right), principal research scientist (weeds) with the Department of Agriculture and Fisheries, Queensland, says faba bean is more competitive than other winter pulse crops, such as chickpea, and can play a useful role in reducing sowthistle seed bank replenishment.

What is the best row spacing?

In brief: Narrowing faba bean planting to 25 cm row spacing reduced sowthistle seed production by 48 per cent at Narrabri and 17 per cent at Hermitage.

At the Hermitage site, narrowing the row spacing to 25 cm reduced sowthistle seed production by 17 per cent. Faba bean yield (averaged across the three cultivars) was 0.5 t/ha (20%) higher in plots sown at 25 cm row spacing compared to 50 cm spacing. 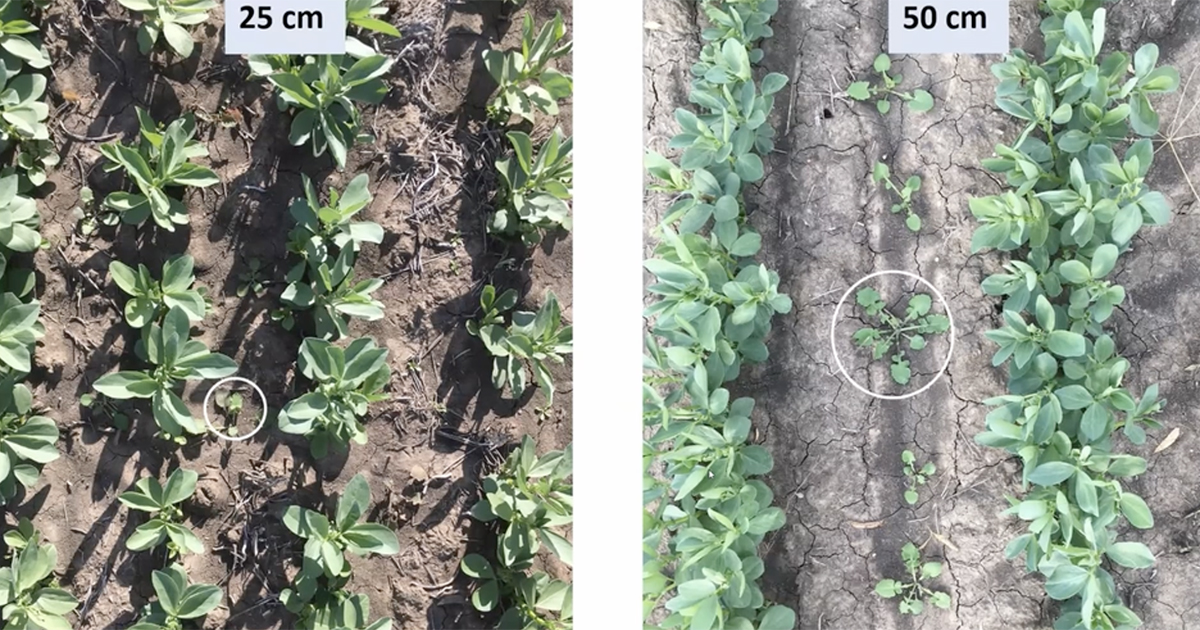 Even when the crop plants are young, the increased competition though narrower rows suppresses weed growth.

What is the best plant density?

The details: At the Narrabri site, faba bean crop density did not affect sowthistle seed production or crop yield.

At the Hermitage site, increasing faba bean density from 20 to 30 plants/m2 caused a 29 per cent decrease in sowthistle seed production. Increased crop density reduced weed seed production in all cultivars. Faba bean yield (averaged across the three cultivars) was 11 per cent (0.2 t/ha) higher, where the crop density increased from 20 to 30 plants per m2.

What is the most competitive faba bean cultivar?

In brief: PBA Nasma (Narrabri) and PBA Nanu (Hermitage) were the most weed suppressive cultivars.

The details: Cultivar choice is the easiest and cheapest lever to pull to increase crop competitiveness; however, the effect is less reliable than other crop competition tactics and will depend upon the prevailing environment.

At Narrabri, PBA Nasma suppressed weed seed production by 38 per cent more than PBA Warda and PBA Marne. PBA Nasma yielded 9 per cent higher than PBA Marne and PBA Warda when grown in the presence of 10 sowthistle plants per m2.

At Hermitage, all three faba bean cultivars (PBA Nasma, PBA Nanu and PBA Warda) grown on narrow row spacing yielded on average 23 per cent more grain at the high crop density than at the low-density configuration.