Tim Bartimote, Local Land Services (LLS) in Dubbo says many grain growers in the Central West region of NSW are keen to see the benefits of integrated weed management tactics demonstrated in their area.

Having completed a two-year demonstration of chaff decks with investment from the GRDC, Tim, along with cropping officers from adjacent LLS regions, are capitalising on the interest in integrated weed management tactics to counter the insidious rise of herbicide resistance in weeds.

“Annual ryegrass is one of the main weeds causing growers concern in-crop,” he said. “There is known resistance to Group 1 [A] and 2 [B] herbicides, and there are strong indications that glyphosate resistance is evolving on some farms.” 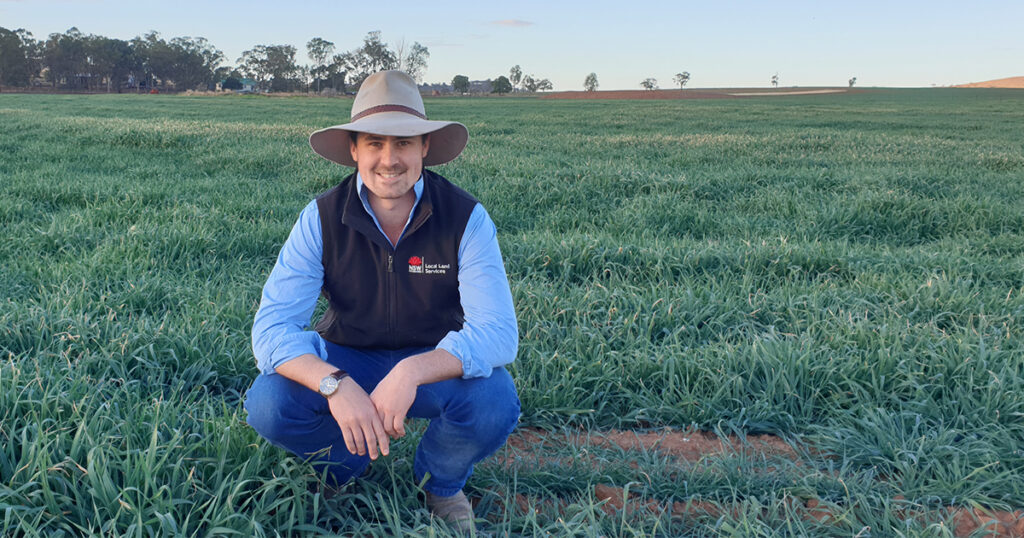 Tim Bartimote, Local Land Services (LLS) in Dubbo, says many grain growers in the Central West region of NSW are keen to see the benefits of integrated weed management tactics demonstrated in their area.

Harvest weed seed control has been commonly practiced in the region for many years, primarily as narrow windrow burning or simply broadacre stubble burning. Tim says there is a definite shift in interest toward technologies such as impact mills, although the price of these machines is a barrier to immediate and wide-spread adoption.

“Through discussions with grower groups we found that a few growers had moved into using chaff decks and chaff-lining, but these options were not well-known to others in the area,” says Tim. “We decided to demonstrate chaff decks, which are less expensive than impact mills and are well-suited to the controlled traffic systems used on a few properties in the region.”

The two growers who demonstrated the use of chaff deck systems both identified resistant ryegrass as their main weed target for harvest weed seed control.

“This clearly demonstrated the shift of ryegrass seed from being spread across the paddock to being concentrated on the wheeltracks where seedlings can be controlled with other tactics as required.” 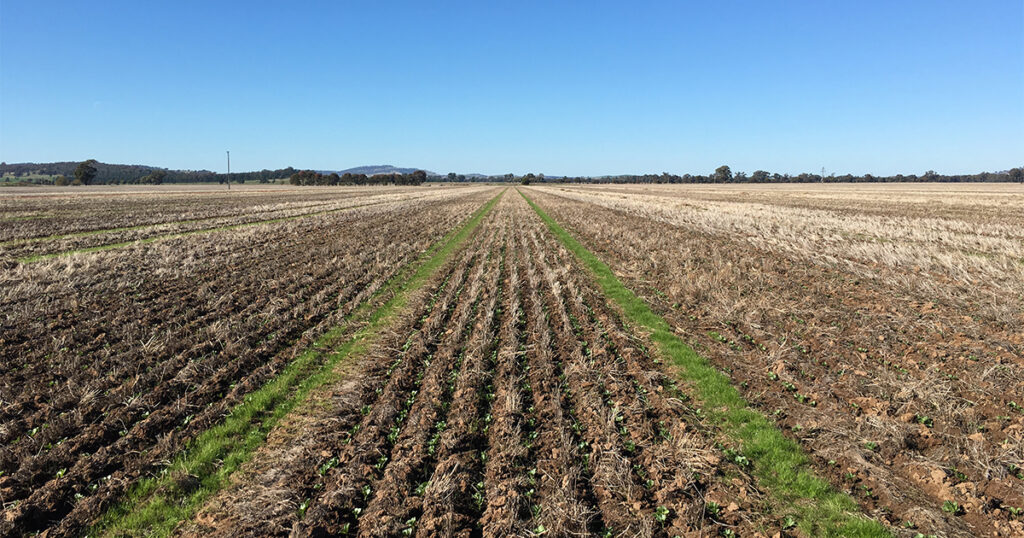 Chaff decks help concentrate the weed seed onto the wheel tracks during harvest.

At the second site, near Gilgandra, the weed population was found concentrated in patches. Tim and the grower, Daniel Volkofsky, GPS-marked sites within the paddock following the 2020 harvest and will monitor the shift in weed density over the next few years.

The growers used both commercial and home-made chaff deck systems in the demonstrations and found both options were effective. In addition to the traditional use of HWSC in winter crops, Daniel also tried using his chaff decks in a sorghum crop but ran into trouble with blockages on the leading edge of the baffle plate. Some growers have added cameras to help monitor stubble flow over the baffle plate and pre-empt blockages.

Tim says the LLS team wants to achieve a ‘weed management legacy’ from the investment of GRDC funds in the region.

“One of the outcomes of the GRDC-funded project was to build a network of growers with experience using different tactics in their integrated weed management programs,” says Tim. “We are now able to direct interested growers to speak to and visit growers in their region who can talk to them about what they have tried and what has worked well for them.”

“Some of the growers who have manufactured various harvest weed seed control devices on farm are willing to share their low-cost designs with others who are not ready to invest in the commercial models. There is also a pool of experience when it comes to the modifications to baffles and chutes required for different header makes and models.”

HWSC is one of the WeedSmart Big 6 tactics that under pin integrated weed management programs across Australia. Within each of the tactics growers are implementing a range of different methods that suit their own systems to keep weed numbers low.

Tim says they are capitalising on the interest generated through the project to now test and compare the efficacy of a range of pre-emergent herbicides on the market.