A change in chaff cart technology has increased the adoption of the carts as a harvest weed seed control method. 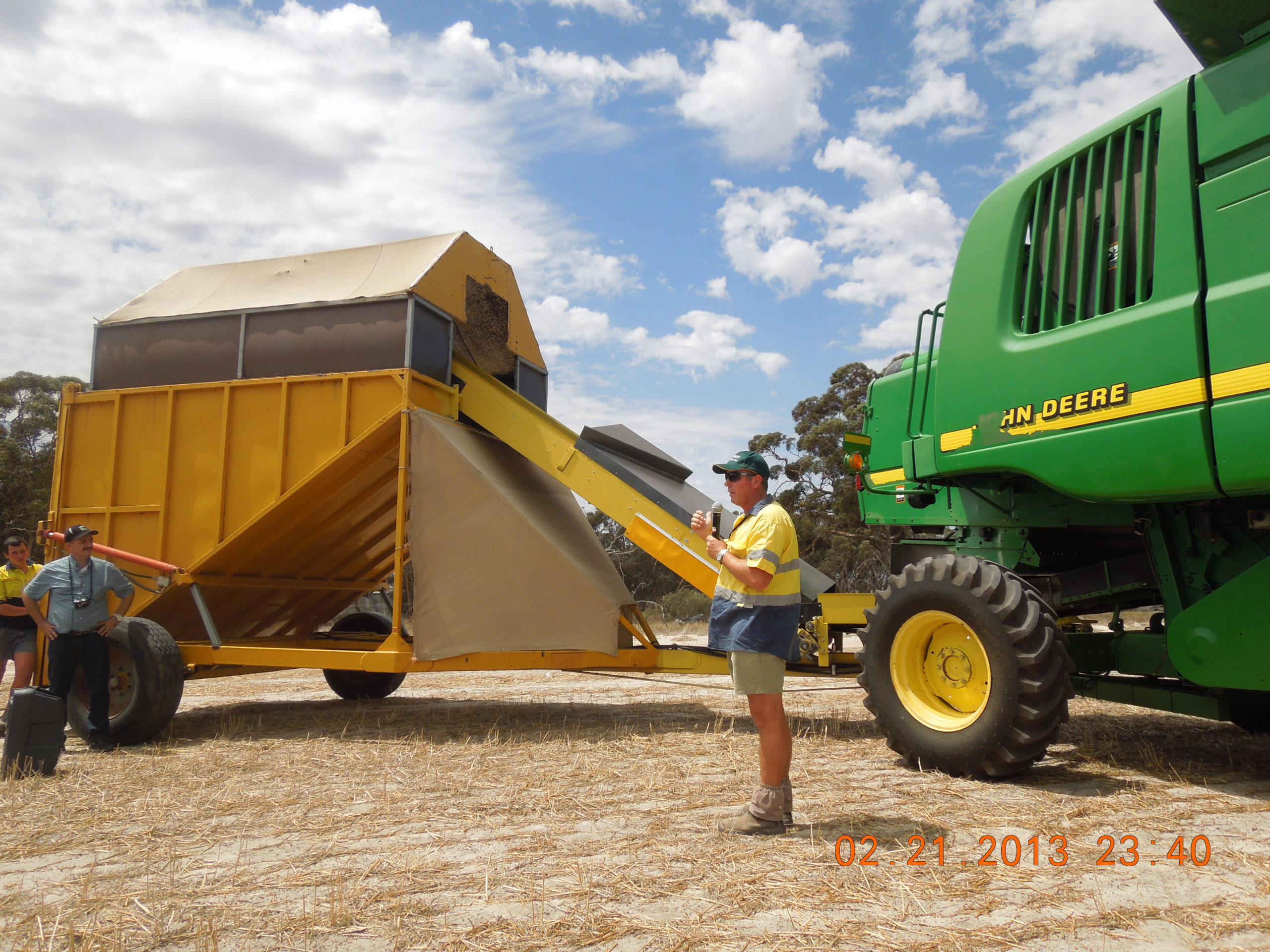 “An additional benefit that comes from this change is that more straw is being collected in the chaff cart and this is helping to aerate the chaff heaps so they burn out faster than they do when only chaff is collected,” he said.

“In the last two or three years an estimated 200 of the new-style chaff carts have been introduced into Western Australia and growers are particularly pleased with the faster burns, which are much safer than the chaff-only heaps that can smoulder for several days.”

A long-time advocate for all harvest weed seed control measures, Dr Walsh is encouraged by the rapid uptake of narrow windrow burning across South Australia, Victoria and southern NSW.

After a series of workshops were held in the southern grains region in 2011 to demonstrate the benefits of harvest weed seed control, Dr Walsh was pleasantly surprised to hear of the immediate trialling of the techniques, mainly narrow windrow burning.

“In just a few years we have seen adoption of narrow windrow burning go from zero to about 20 per cent of growers across the southern region,” he said. “Most growers begin harvest weed seed control by modifying their harvester to create narrow windrows that are then burnt the following autumn. A move from narrow windrow burning to using chaff carts is a natural progression, particularly in high yielding cereal crops.”

Dr Walsh said the benefit of using a chaff cart is that less crop residue is removed from the paddock and so the soil still gains the benefits of more ground cover and the return of nutrients.

“The carts are not difficult to manufacture and many farmers are probably capable of building their own, but this takes time and time is something most farmers don’t have enough of,” said Dr Walsh. “We are encouraging machinery manufacturers to consider offering to build chaff carts on demand for clients in the southern states.”

All harvest weed seed control methods are equally effective when it comes to destroying weed seeds that are still attached to the plant at harvest time. Weeds such as annual ryegrass, brome, wild oats and wild radish are the usual targets.

“For these weed control tactics to be effective the weed seed heads must pass through the harvester so it is important to cut the crop low,” said Dr Walsh. “While this might slow harvester speed the potential weed control benefits are far more important for growers.”