Jason Rogers targets summer grasses when they are small and fresh using a double-knock of glyphosate and paraquat. In recent years he has moved into applying residual herbicides soon after harvest and GPS-marking any suspect weed patches to be treated with spot spraying or strategic tillage. Jason is also mixing and rotating fallow sprays to extend the efficacy of all available modes of action. 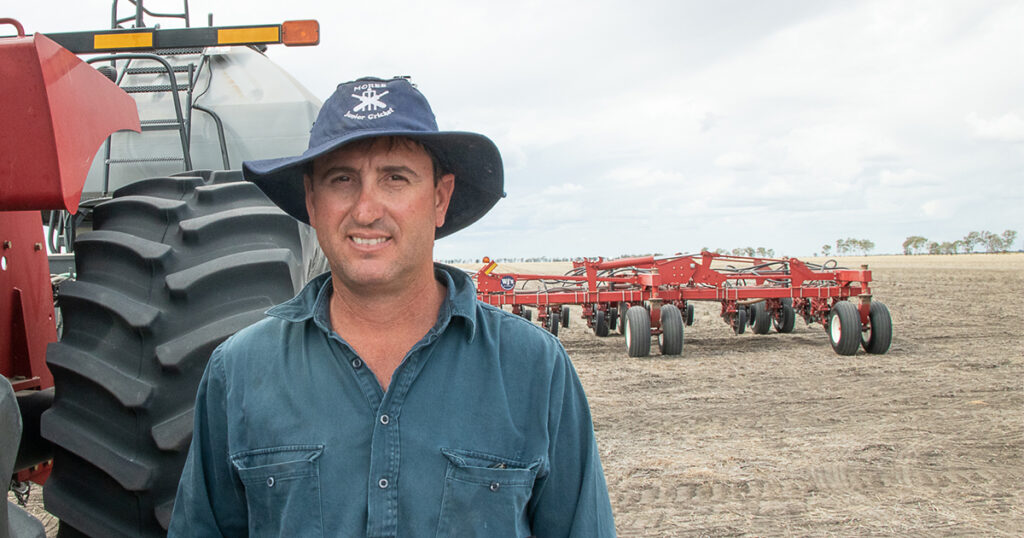 Keeping weed numbers down, managing patches and minimising weed seed set has been a high priority for Jason Rogers, Moree.

Barley and Clearfield canola provide early canopy closure and the strongest crop competition for winter weeds. Any isolated weed escapes in summer fallows or winter crops are targeted with spot spraying or chipping to maintain the low weed numbers.

Jason runs a dryland winter cropping operation on fairly uniform heavy clay soils on his farms north-west of Moree. The crop rotation across seven fields in the controlled traffic system includes wheat, barley, chickpea, canola, linseed. He no longer grows summer crops due to seasonal constraints during the extended drought and poor returns.

“Normally we grow wheat followed by barley, which gives a good amount of ground cover, and then one of the three break crops – canola, chickpea or linseed,” he says. “We have been looking at the possibility of fitting in a double-break of, say linseed and chickpea before returning to cereals.”

The advantage would be to help take pressure off the selective herbicides in the cereal phase and mix things up a bit, but Jason is also conscious of the reduction in ground cover from a double break crop.

The main weeds in the summer fallow are glyphosate-tolerant summer grasses such as windmill grass, awnless barnyard grass and feathertop Rhodes grass. Broadleaf weeds like fleabane, sowthistle and peach vine also pose a challenge, particularly because Group I hormone herbicides can not be used when nearby cotton crops are at sensitive growth stages.

“We are mixing and rotating herbicide groups as much as possible and using more residual chemistry, to keep weed numbers low in the fallow,” he says. “This can have impacts on the rotation so we work with our agronomist to plan well head to make sure the residuals have broken down enough to not cause any issues for the following crop.”

The fallow weed management program usually begins with a residual herbicide applied after harvest and then the double-knock tactic is deployed multiple times during summer following any rainfall events.

Jason uses IMI residuals applied after barley harvest to give residual control of grasses over summer and then returns with a Clearfield canola crop the next winter. He then avoids using the Group B chemistry for a few years to extend its useful life in his weed control program.

For the double knock, glyphosate is often applied in a tank mix with a Group G to help with broadleaf weed control, particularly near cotton paddocks.

“We like to get in early to treat small fresh weeds, and come back a week or so later with paraquat,” says Jason. “When dealing with predominantly glyphosate-tolerant weed species we know how important it is to prevent weeds getting too mature. If persistent wet weather means we can’t get a ground application done in time we don’t hesitate to arrange a plane to apply the herbicide.”

Jason does all the spray operations himself and takes the opportunity to map weedy patches using the John Deere software in the tractor as he travels across the paddocks. He has set up customised flags for each of the main weeds, such as feathertop Rhodes grass, windmill grass and awnless barnyard grass so he can monitor any hotspots. He then comes back to treat patches of say up to 10 m2, with strategic tillage using a chisel plough, spot spraying herbicide, or hand rouging or chipping. Jason also uses the flags to generate coordinates that he can easily send to his agronomist in Google Maps.

For winter weeds Jason finds the diversity of the crop rotation allows for effective rotation of herbicide mode of action groups and the early vigour of canola and barley assists with weed suppression.

“Using hybrid Clearfield canola varieties in the rotation gives us the ability to safely use the imi herbicides in the preceding fallow and in-crop as well as providing early canopy closure so very few weeds can grow and set seed in the canola phase,” says Jason. “Similarly in the barley, we get a free kick from solid crop competition through early vigour and high biomass production.” 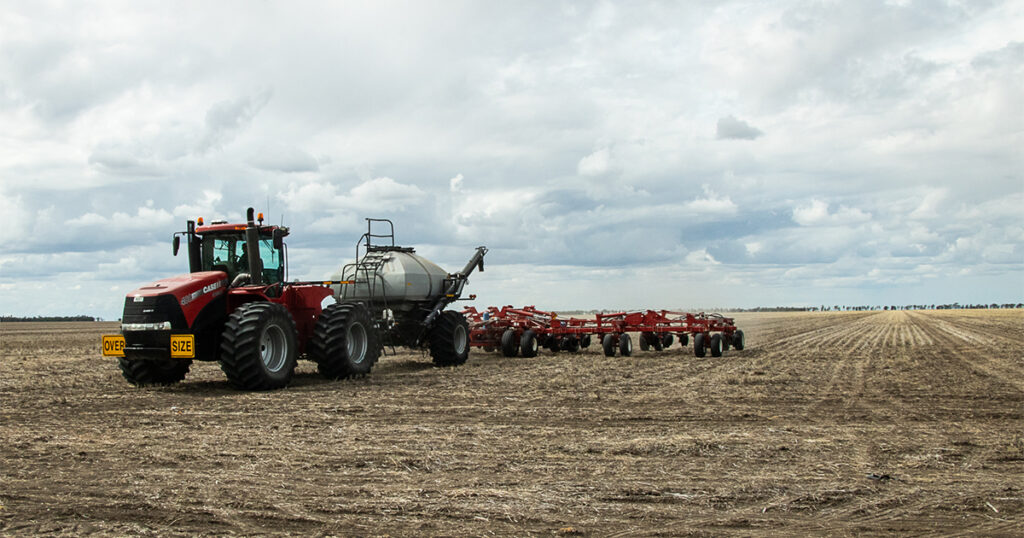 Jason has used a disc seeder since 2000 with a minimum row spacing of 375 mm in their 3 m wheel spacing controlled traffic system.

Jason has used a disc seeder since 2000 with a minimum row spacing of 375 mm in their 3 m wheel spacing controlled traffic system. The high capital and maintenance cost of the seeder has been a disincentive to move to narrower rows however Jason knows there are potential weed control benefits in reducing the row spacing.

Keeping weed numbers down, managing patches and minimising weed seed set has been a high priority for Jason and his integrated weed management program is working well. An important part of the program is a robust mix and rotate program to keep all available herbicide options open for as long as possible.

Keeping weed numbers down, managing patches and minimising weed seed set has been a high priority for Jason Rogers, Moree....