Control ‘summer weeds’ like fleabane in winter and spring

There is mounting evidence for the value of managing summer weeds like fleabane and feathertop Rhodes grass during the winter crop phase. 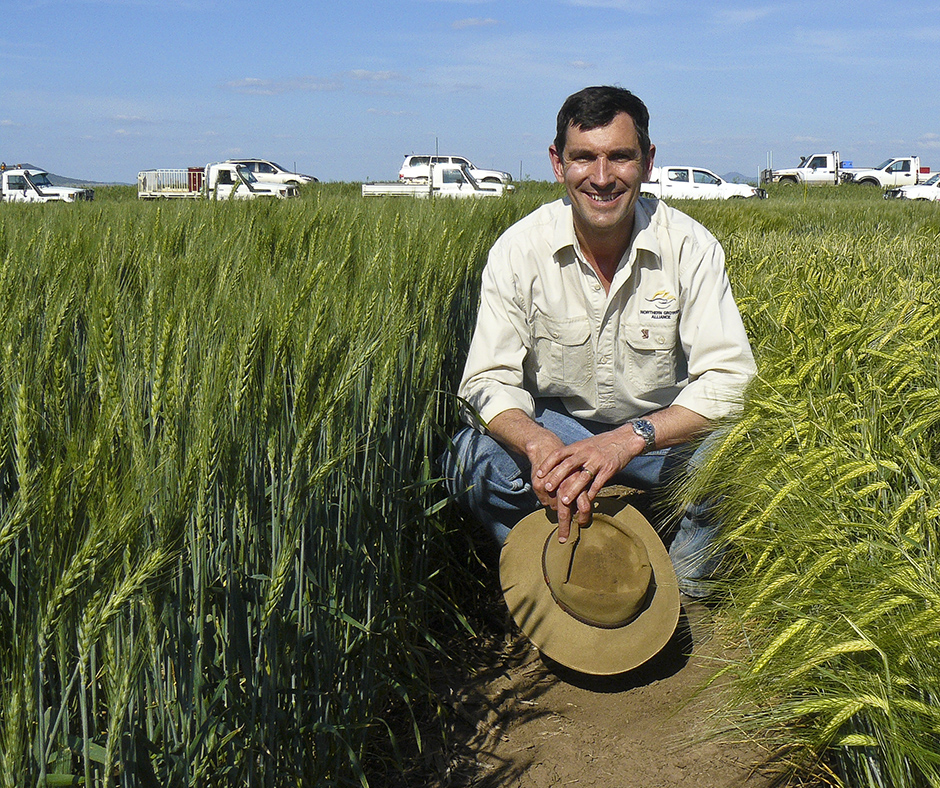 Northern Grower Alliance CEO Richard Daniel says that managing fleabane and feathertop Rhodes grass (FRT) in-crop or immediately after harvest is more effective than later in the summer when the plants are large and moisture-stressed (Photo courtesy of GRDC).

“Fleabane plants growing in the summer fallow are generally more difficult to kill as they are often large, moisture-stressed and frequently resistant to glyphosate,” he says. “Targetting fleabane populations pre-plant, in-crop or immediately post-harvest in the winter cropping phase is usually far more effective.”

Although many populations of fleabane are resistant to glyphosate, fleabane is sensitive to quite a wide range of residual chemistry. Applying residuals pre-plant combined with crop competition will minimise establishment in-crop and reduce the initial summer fallow weed pressure.

“It is important to realise that fleabane can still survive at very small growth stages under a competitive crop and is easily overlooked,” says Mr Daniel. “Once the crop is removed, these plants develop very quickly and the opportunity for effective control can be missed if the in-crop escapes go un-noticed.”

“The effectiveness of a double-knock treatment at any stage in the summer fallow is improved by using 2,4-D or picloram + 2,4-D with glyphosate in the first spray rather than glyphosate alone, followed by paraquat 7 to 10 days later,” says Mr Daniel.

Several crops are sensitive to the residual effects of picloram so the planned rotation must be taken into account when making product choices.

Cultivation may be the most economic and effective strategy to kill large, stressed plants growing in fallow, however growers must also prepare and implement strategies to manage the next flush of fleabane emergence.

Mr Daniel says there are several knock-down and residual herbicides that growers can use to target small and actively growing fleabane before, during and immediately after the winter cropping program or in a winter fallow.

Fleabane thrives where there is no crop competition and small plants can easily go unnoticed late in the winter crop. (Photo: Anthony Mitchell, NGA)

Another weed that has been very difficult to manage in a summer fallow is feathertop Rhodes grass (FTR). In paddocks with a feathertop Rhodes grass problem, sorghum is generally not the best crop choice because there are no effective post emergent control options and available residual chemistry will not provide season-long suppression. Crops that allow selective in-crop grass control, such as mungbeans or even sunflowers, can provide more management flexibility.

For small patches or new incursions, chipping, pulling, spot spraying or cultivation can be used. Burning, followed by cultivation and or the use of residual herbicides, appears to be a salvage strategy for removing mature plants. Although not an option for common sowthistle, time spent trying to eliminate small patches of feathertop Rhodes grass will be cost-effective in the long run.

Mr Daniel recommends using residual chemistry wherever possible and controlling ‘escapes’ with camera spray technology. “A double-knock of Verdict® followed by paraquat can be used in Queensland, but only under permit prior to planting mungbeans where large spring flushes of feathertop Rhodes grass occur,” he says.