Getting started with harvest weed seed control with Maurie Street

In Western Australia farmers have been forced into harvest weed seed control tactics and have overcome most of the practical barriers to adoption. In the eastern states pressure is mounting as herbicide resistance is becoming more widespread.

Dubbo farmer, and researcher with the Grain Orana Alliance, Maurie Street, reckons that on farms where herbicides are still effective, harvest weed seed control tactics could delay the further development and spread of herbicide resistant weeds on their properties. Unfortunately, on many farms harvest weed seed control is now essential as high levels of resistance are already widespread. 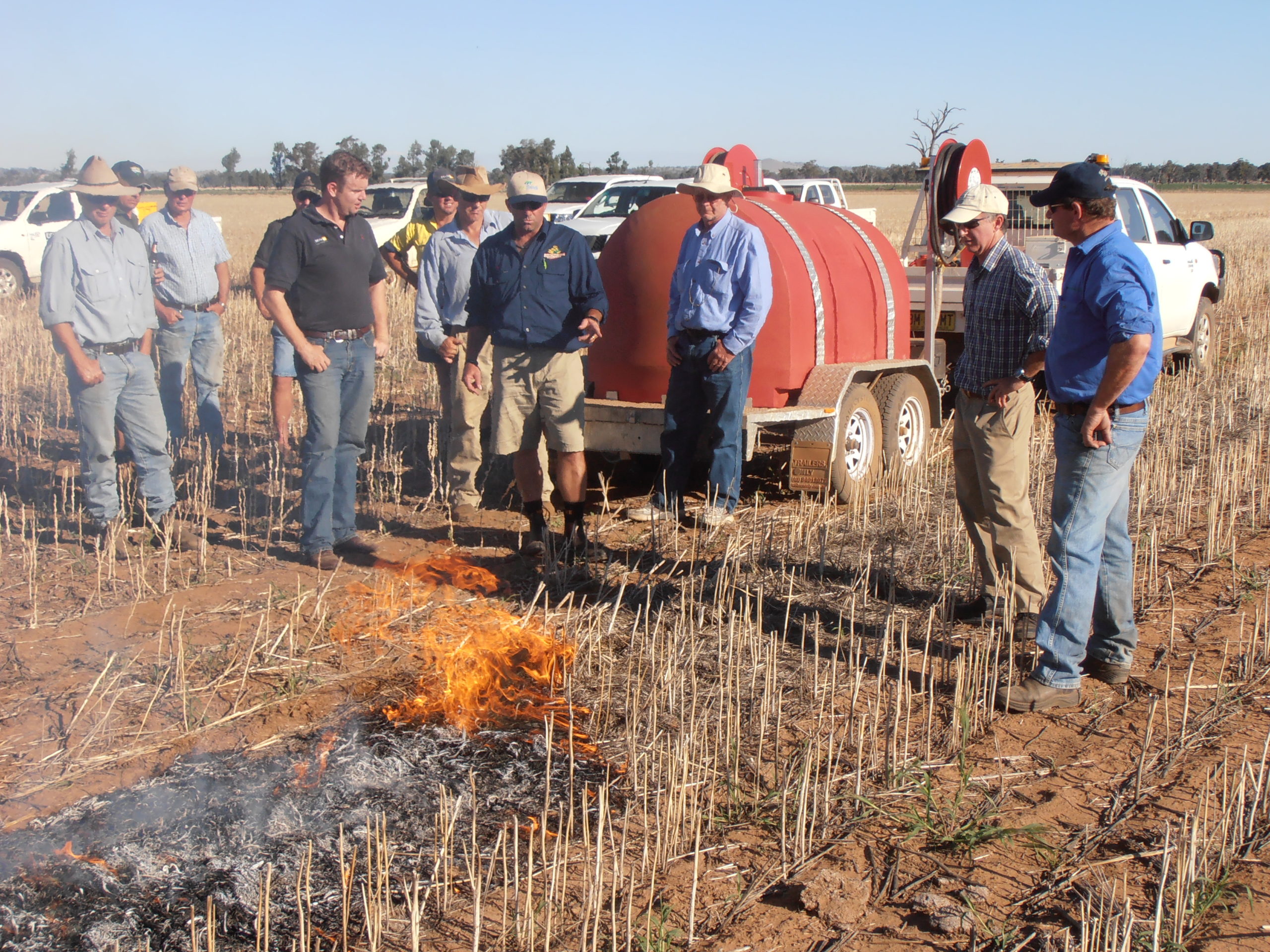 Narrow windrow burning is an effective harvest weed seed control method that growers can implement with minimal up-front costs.“A major advantage of early adoption is the preservation of the herbicide chemistry that is still effective at the moment,” he said.

“This window of opportunity is closing fast though and growers who want to still have effective herbicide options will need to act immediately—this season if possible.”

Whatever the resistance status, Mr Street believes the experience of Western Australian growers should be enough to encourage other growers to make the change sooner rather than later. He said the changes were relatively easy to make and were proven to effectively reduce weed seed bank numbers within a few seasons.

“If you want to be growing crops without uncontrollable weeds robbing yield in five years time, you need to be implementing some form of harvest weed seed control as soon as possible,” he said.

Canola, pulses and low yielding cereals are the best crops to trial narrow windrow burning. With these crops the risk of fire escapes is minimal and there is little ground cover penalty.

What harvest weed seed control method is the easiest to trial?

Longer answer: All harvest weed seed control methods are proven to have similar effects on reducing the number of seeds returning to the soil. Narrow windrow burning is often recommended as a good way to start because there are minimal start-up costs involved. Growers can see the benefits of harvest weed seed control for their environment and farming system before making a larger investment in chaff carts or a Harrington Seed Destructor.

If I decide to trial narrow windrow burning, what do I need to do first?

Short answer: Attach a windrow chute to the header and cut the crop low.

Longer answer: A simple addition of a chute on the rear of the header will direct the straw and chaff into a narrow windrow. Plans for the required modification are readily available on the GRDC and other websites. Once the machine is modified the other essential change is to the harvesting height. For harvest weed seed control to be effective the weed seeds must enter the harvester. To be sure of collecting almost 100 per cent of the weed seed at harvest the crop must be cut low—around beer can height. Any higher and the effort is wasted.

Which crops should I burn?

Longer answer: Fire escapes are a risk with narrow windrow burning. In pulses, canola and low yielding cereals the risk of fire escapes is reduced and there is minimal impact on ground cover since these crops produce low levels of biomass. It can be done in cereals over 3 t/ha but requires skill and experience in choosing safe times to burn.

Ask your questions about managing cross-resistance, or testing for herbicide resistance, using Twitter @WeedSmartAU or leave a comment below.