Read time: 5 minutes
Resources / Articles / Ask an Expert / How can I be certain that herbicide residues in the soil have fully degraded at planting?

How can I be certain that herbicide residues in the soil have fully degraded at planting?

A new soil test is being developed to improve crop safety.

In the course of a chemical fallow there are often several applications of herbicide and some residues may still be present on or near the soil surface when it is time to plant the next crop. In particularly dry years, residues may even carryover from the crop prior to the fallow.

NSW Department of Primary Industries soil scientist, Dr Mick Rose, says there has been concern in recent years about the effect these residues may have on soil microbial activity and on the establishment and growth of crops following the fallow, even after the plant back period. 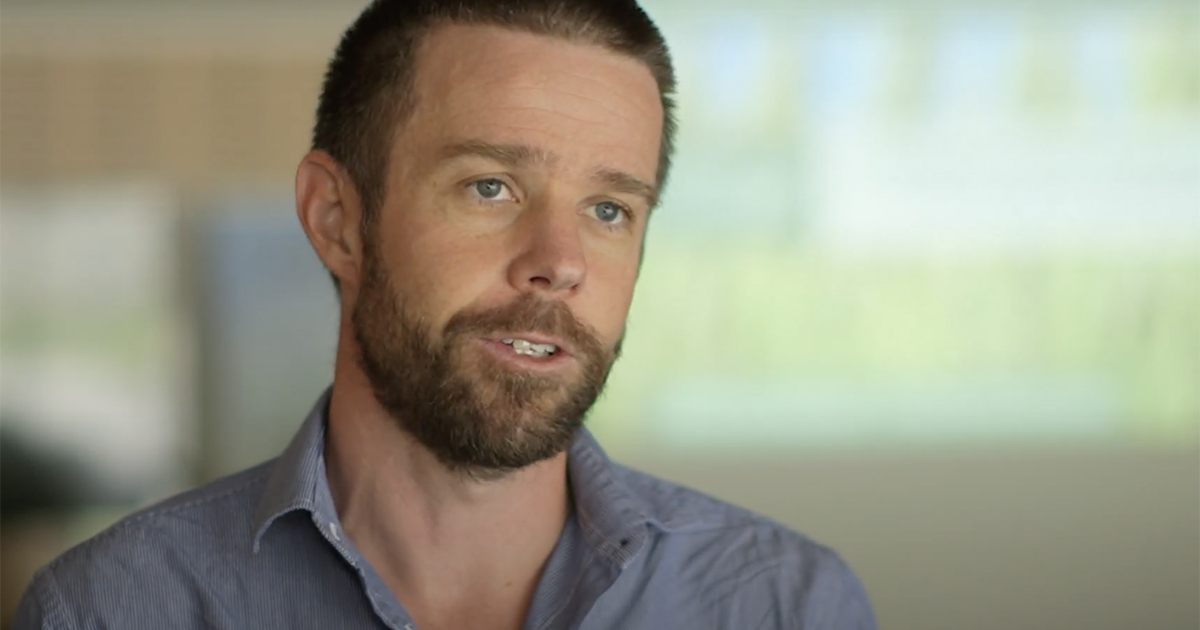 “Glyphosate has been the most commonly used knockdown herbicide in northern fallows for several decades and more recently growers have been looking to use more diverse programs that include chemicals with residual activity on weeds,” he says. “The increased use of imazapic and diuron have been of most concern to growers when choosing the next crop, particularly after a low rainfall fallow period.”

With investment from GRDC, Mick has been working on a project led by Dr Michael Widderick from the Department of Agriculture and Fisheries, Queensland to develop a soil test for imazapic and diuron residues that will indicate damaging residue levels and help growers to decide which crops would be safe to plant in a paddock.

“We are determining the threshold levels of residues of these two herbicides at which crop damage is likely for six crops, both winter and summer growing, in a range of soil types,” he says.

In earlier work he also looked at the level of glyphosate residue in soils around the country at planting time and the impact these residues have on soil biological processes.

“We found that residues of glyphosate were commonly detected in the soil at planting but there was no indication that the herbicide was adversely affecting soil biological activity,” says Mick. “This suggests that the label recommendations are suitable and the proper application of glyphosate in Australia is not posing a threat to soil health.”

“For growers to be able to keep using glyphosate they need to implement the WeedSmart Big 6 strategy, including using diverse chemistry in fallows,” he says. “Residual herbicides are a useful tool for growers but there are some gaps in our knowledge about how these herbicides break down in different soils and under different seasonal conditions.”

Why not just follow the plant back recommendations on the label?

In brief: The label provides the minimum plant back period provided certain environmental conditions are met. There is a possibility of crop injury even though plant back periods are observed.

The details: Many factors affect the bioavailability of a herbicide in the soil. For example, even though a clay soil and a sandy soil might have similar residue levels, more herbicide will be available for uptake in the sandy soil. More rain will increase the rate of breakdown, but it is not known exactly how much rain will ensure the specific soil is ‘safe’ to plant into.

Another important factor is that many things can contribute to a germination failure. In some situations, residual herbicide may be suspected as the culprit, but can be difficult to either rule it in or out with certainty when diagnosing the reason for a problem at planting. If herbicide residues in the plant tissue can be shown to be phytotoxic, then another, less susceptible crop could be sown into the paddock. 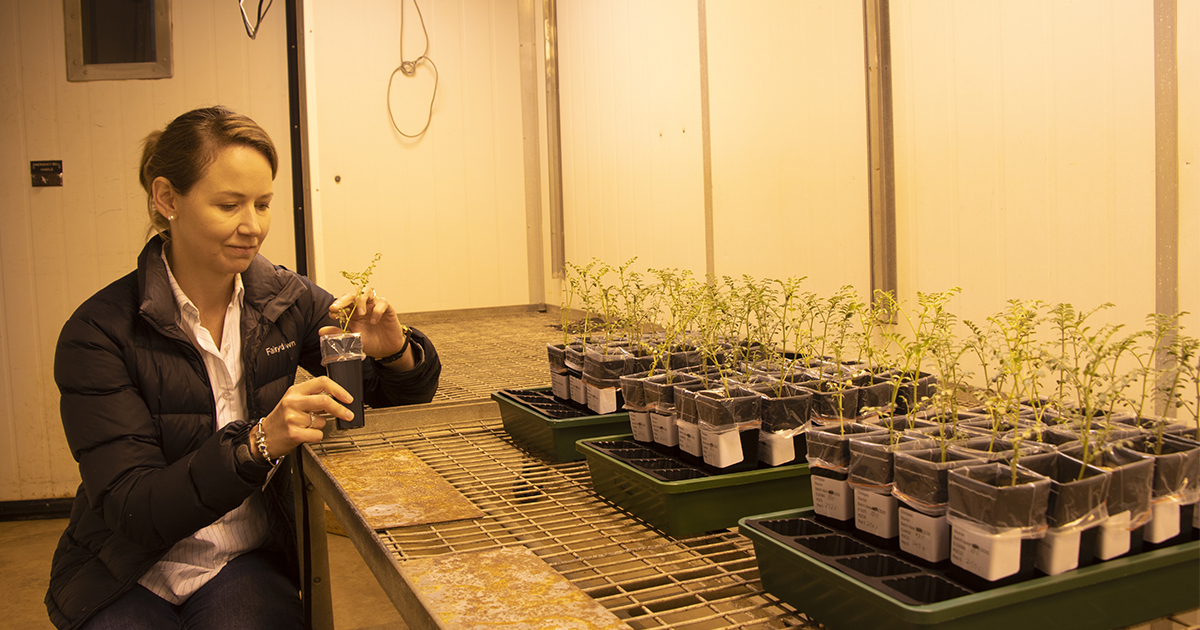 What effects can herbicide residues have on emerging crops?

In brief: The herbicide itself can inhibit germination and growth, or it can exacerbate other factors, such as root disease.

The details: At different levels of bioavailability, herbicide residues will have different effects on crop plants. If the herbicide is readily available to the plant, then susceptible crops will take it up from the soil and it can have phytotoxic effects ranging from suppressed vigour to yellowing and potentially plant death.

Testing the plant tissue of a struggling crop can show if the leaves contain sufficient herbicide to have caused the observed symptoms.

Some herbicide residues in soil can also ‘prune’ plant roots, particularly the fine roots that help access moisture and nutrients. Obviously, if the young plants are struggling to access resources then they will be less vigorous and possibly die. Damaged roots are also more susceptible to water stress, disease and poor nodulation in legumes, making it difficult to determine the initial cause of the problem in the field.

If herbicide residues are shown to be the problem then a more tolerant crop can be sown, speeding up the breakdown of the residue and there will be more rainfall events before the next cropping season comes around. 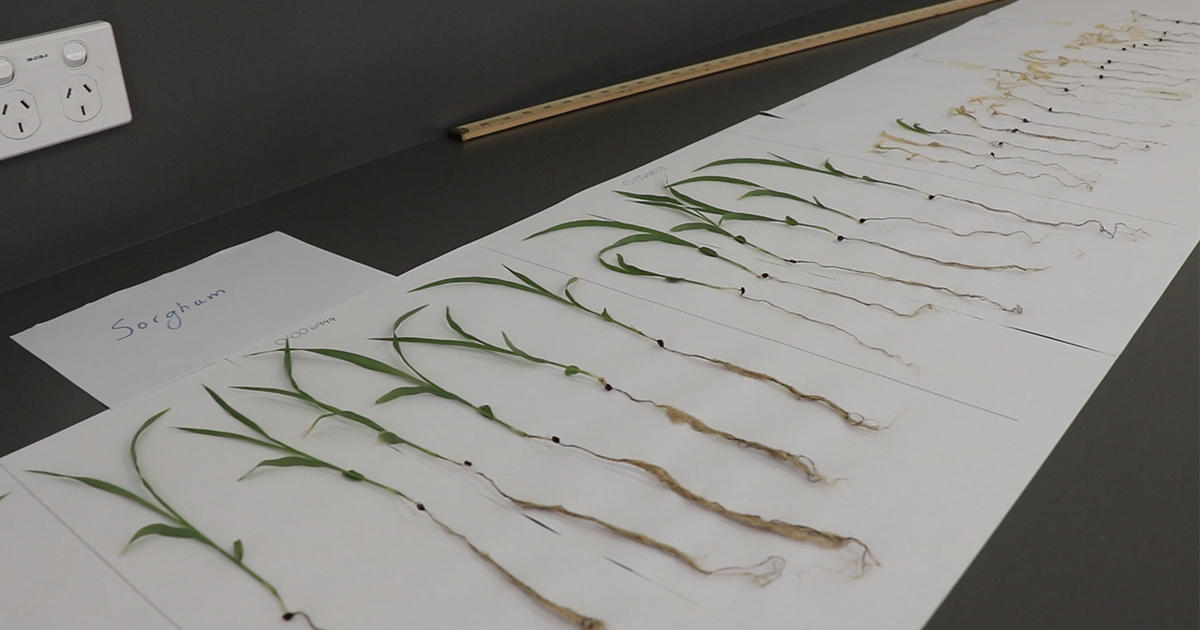 Seedling emergence and establishment is being measured for six crops (winter and summer) in the presence of different levels of herbicide.

What pre-planting soil tests are being developed to give growers confidence to plant?

In brief: The current project is establishing phytotoxicity thresholds for six summer and winter crops in a range of soil types, for two herbicides – imazapic and diuron.

The details: By mid-2021 the aim is to have established the thresholds so that soil could be tested pre-plant to determine what crops would be safe to plant.

This will give growers confidence to use these herbicides in a diverse strategy to manage weeds like feathertop Rhodes grass in the fallow, while avoiding germination or establishment failures in the following crop.

Spray records play an important role in the management of these herbicides and mistakes can easily be made if the spray history for the past several years is not taken into account.

In time, growers and their agronomists will gain a better understanding of how these herbicide residues behave in the soils on a particular property and will be able to make herbicide application and crop rotation decisions with more confidence.

In another project with the Soil CRC, Mick is developing a predictive model for herbicide breakdown for a wider range of herbicides used in southern and western cropping systems.

Until these tests and models become available, the use of an in-field or pot bioassay with a susceptible crop can be helpful in determining potential plant back issues.