Glyphosate resistance is a growing problem in the northern grain growing region, with concerns several more weed species may be on the cusp of becoming resistant. 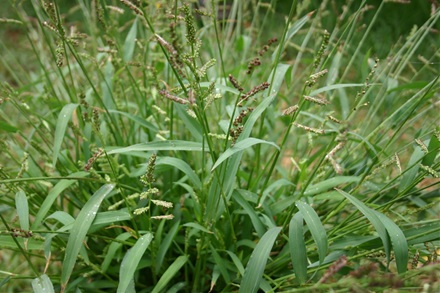 A barnyard grass ‘survivor’ of fallow treatment with glyphosate.

The northern minimum tillage farming system (with summer and winter cropping) relies on the use of glyphosate to manage a wide range of weeds during the fallow.

“If we were to lose the use of glyphosate it would fundamentally change the way the grain industry operates in the north,” he said.

“The risk of herbicide resistance being present on Queensland and northern NSW farms is increasing and should be factored in to any weed management strategy.”

“A small survey of barnyard grass in northern NSW and southern Queensland recently revealed that 50 per cent of the samples taken in summer fallows were herbicide resistant and 90pc of glyphosate ‘survivors’ were resistant,” Dr Widderick said.

“The main concentrations were found on the north-west slopes and plains of NSW and the western Darling Downs.”

There are several reasons why a herbicide spray operation may be less effective than expected, Dr Widderick said.

“Weather conditions, size of the weeds, water quality and blocked nozzles can all make a difference but if a spray seems to have been ineffective across some or all of the paddock it is worth investigating the possibility that those weeds may have herbicide resistance.”

“The quick test, which involves sending live plants to the Plant Science Consulting testing service in Adelaide, has the fastest turn-around time and gives growers the opportunity to control areas with known resistance before they set seed,” he said.

“There are suspect populations of both sowthistle and sweet summer grass currently being tested for glyphosate resistance.”

Dr Widderick said that experience in other cropping systems has shown that herbicide resistance can develop largely unnoticed and then appear to ‘explode’ quite suddenly, rapidly taking hold of cropping land and leading to significant yield losses and additional production costs.

“This is why growers need to take notice of the effectiveness of each herbicide application and to act quickly to remove individual plants that have ‘survived’,” he said.

Dr Widderick said over-reliance on any one mode of action is the primary cause of resistance in weeds. This may be repeated use of a single herbicide or of mechanical controls such as slashing or cultivating. A strategic weed management plan will need to include as wide a variety of methods as possible.

“There are several cultural and agronomic practices that are effective and will potentially prevent herbicide resistance on cropping land,” he said.

“Weed management has to become a high priority throughout the farming system because herbicides alone can no longer keep weeds at bay.

“If there are weeds that have not died after a herbicide spray, investigate why they have survived and act quickly to remove them or prevent them from setting seed.

“There is no doubt that herbicide resistance is now a reality in the northern region but the threat can be contained if a range of weed management strategies are implemented on farms across the region.”