Back in 2009, before the commercial release of transgenic canola in Western Australia, some windrowed Round-up Ready (RR) canola plants from a trial site were blown into an adjacent area of bushland during a storm.

For the next four years, Roberto Busi, a weeds researcher at The University of Western Australia monitored the site where the plants had shed their seed. “Plants established in a on-farm bushland area that wasn’t actively managed for weeds,” says Dr Busi. “We monitored the population each year, counting the number of plants, recording plant traits and measuring the amount of seed the plants produced.”

“By 2013 the RR canola population was extinct on this site,” he says. “Research done in U.S.A., Canada, Europe and Japan show that canola can establish and grow outside agricultural fields but generally doesn’t persist. Our data show that, in Australia, transgenic RR canola doesn’t persist for more than three years.” 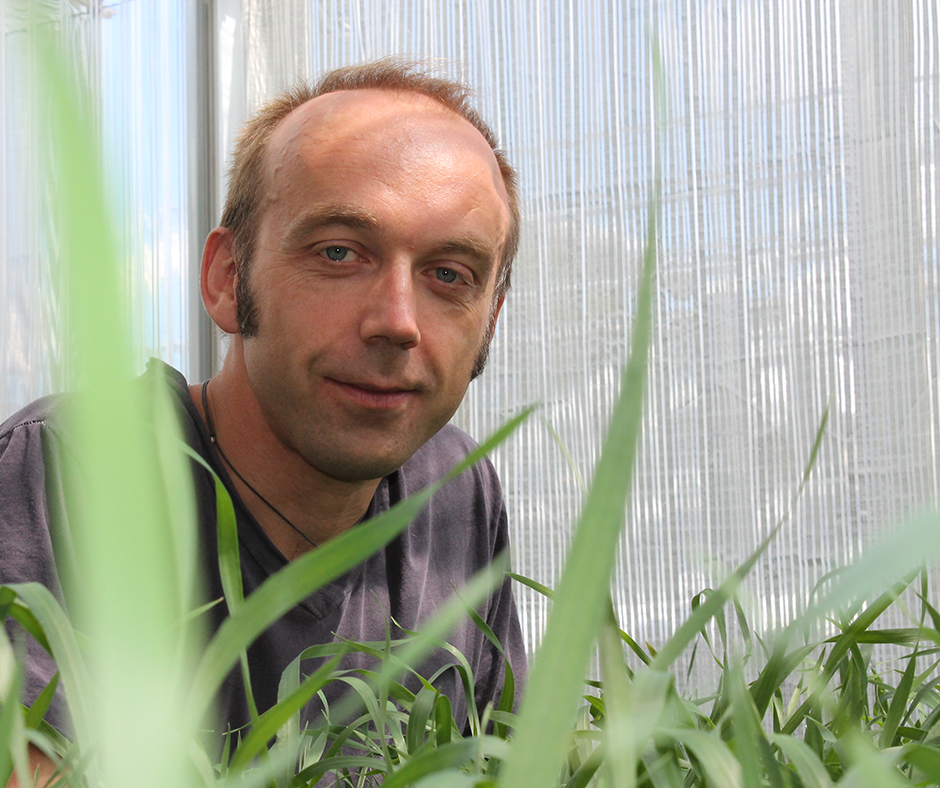 UWA Research Fellow, Roberto Busi monitored sites where RR ready canola had established as a weed and has shown that RR canola does not persist in the environment for longer than three years, the same as conventional canola varieties.

What if RR canola in non-farming areas is actively managed with herbicide?

Short answer: It can persist for longer if other plants around it are removed.

Longer answer: At another site, we monitored RR canola plants growing in a median strip area near a grain depot. This median strip was sprayed repeatedly with glyphosate, which removed all other plants, leaving the RR canola to grow without any competition for resources. These plants grew well and produced large quantities of seed.

Is it possible to control RR canola in these situations?

Short answer: Yes, it just requires a change in management.

Longer answer: RR crops remain susceptible to a wide range of herbicide modes of action. So although they will thrive if the affected area is treated with glyphosate alone, the addition of a different herbicide will effectively remove these plants. We monitored this median strip for two years and in that time the roadside management team introduced the use of different herbicide mixes, mowing and hand weeding to remove the RR canola plants from this site.

Does RR canola pose any additional weed threat along roadsides or in non-crop areas around farms?

Short answer: No, provided land managers are aware that they must not rely on glyphosate alone in these areas.

Longer answer: All herbicide resistant crop types have the potential to become volunteer weeds in-crop and along roads and fences. Strategies must be put in place to rotate herbicide groups, as well as non-herbicide tactics like mowing, weeding and even haymaking, to control volunteer plants.

When these canola plants were treated with glyphosate, only the non-transgenic plants died, leaving the RR canola to grow without competition. As soon as a herbicide mix was applied, along with mowing and hand weeding, the site was weed-free again.