Summer weeds are a challenge in the northern cropping region. In sorghum and corn crops, weeds like barnyard grass, liverseed grass, fleabane and bindweed are notoriously hard to kill and often survive herbicide treatments. They also have the potential to reduce yields by up to 30 per cent if left untreated. 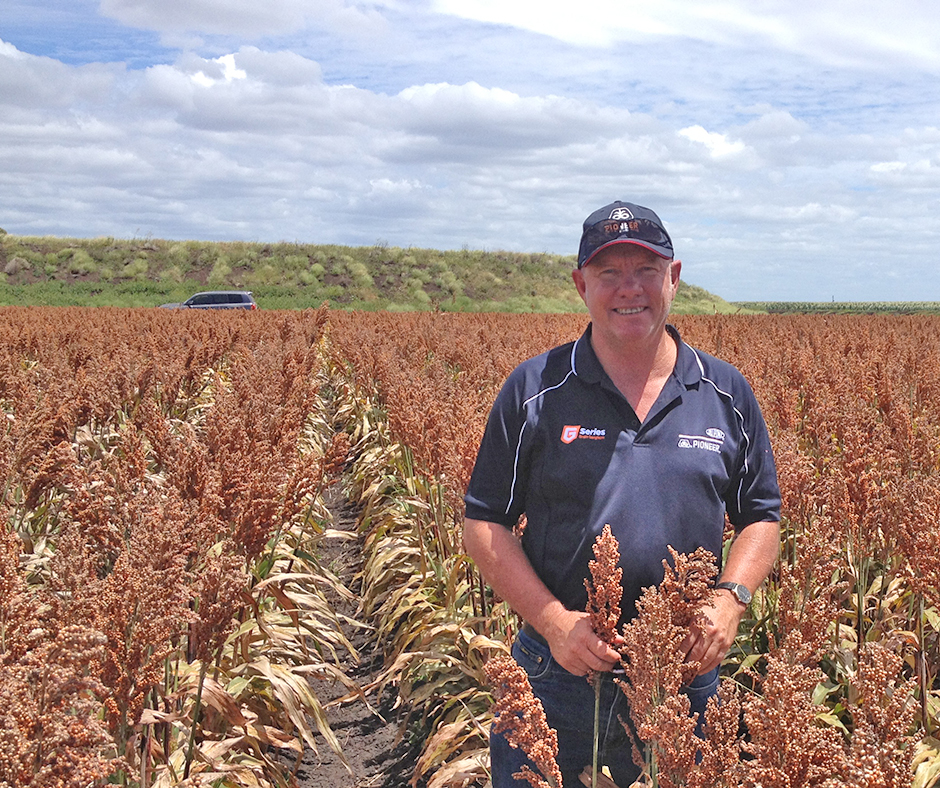 Rob Crothers, Australian grain corn and sorghum product manager with DuPont Pioneer, says that effective weed control prior to and at planting is essential to preserve yield in both sorghum and corn crops.

“Grass weeds cost yield in sorghum and corn, particularly early in the season if weeds have not been well controlled in the fallow,” he says. “With in-crop grass weed control options limited to the pre-emergent herbicide, metolachlor (Herbicide Group K3) in sorghum, there is a place for herbicide tolerant summer crop hybrids.”

“DuPont Pioneer is developing sorghum hybrids with Group B tolerance to expand the herbicide options in-crop,” says Mr Crothers. “If we are successful in bringing this new technology to the market place it will enable growers to spray grass weeds with a post-emergent herbicide in crop for the first time. This will add to our suite of imidazolinone tolerant hybrids in canola and corn, all of which tolerate over-the-top spraying with certain ‘imi’ herbicides.”

These new hybrids are not expected to be fully commercial for a couple of years although field trials are planned for late 2016 for growers to inspect. For now, planning to use a variety of herbicides and non-herbicide tactics across the whole crop sequence is the only way to preserve herbicide effectiveness.

In preparation for the coming summer cropping season, now is the time to get on top of grass weeds after harvesting a winter crop or as a final task in the fallow.

Atrazine and glyphosate can provide adequate weed control in no-till and minimum-till fallows, which also conserve more soil moisture and improve the chances of planting crops at the optimum time. Grass weed resistance to glyphosate is becoming a major problem in no-till cropping programs and as a consequence many farmers are using strategic tillage to manage resistant weed populations.

The decision to use atrazine rules out many crops other than sorghum and maize for 18 months due to crop sensitivity to the residual herbicide, and so must be considered when planning the whole cropping sequence.

Coming out of a winter crop, desiccation provides an aid to harvest in pulses, canola and cereals and is an opportunity to control weeds present at harvest. Taking stock of the weed spectrum and density in spring can assist with summer cropping decisions. If grass weeds are present in significant numbers there may be a case for avoiding sorghum and choosing another summer crop that offers more weed control options.

“If sorghum is chosen as the best option, growers have had varying success with inter-row cultivation or shielded spraying between the rows,” says Mr Crothers. “The other important tactic available in current sorghum crops is to desiccate with glyphosate pre-harvest to assist with the harvest operation, reduce subsoil moisture losses through the sorghum plants post-harvest and prevent seed set in some weeds.”

There are currently more herbicide options (both pre and post emergent) and a wider variety of hybrids, including ‘imi’ tolerant genetics, for corn. Depending on the weed spectrum and pressure, corn may be a useful crop to assist in summer weed management.