Hit your target when spraying

Perfect spray conditions are rare and there are so many factors at play that sometimes the basics get overlooked.

The three things that the spray operator can and must control are nozzle choice, boom height and ground speed of the spray rig.

Recently, there has been plenty of attention on some of the new technologies involving weed detection and artificial intelligence (AI), and companies like Goldacres are keen to deliver these to growers as they come to market, but their sales and marketing operations manager, Stephen Richards says the technologies behind effective and reliable droplet delivery to the target remain central to their spray rig designs. 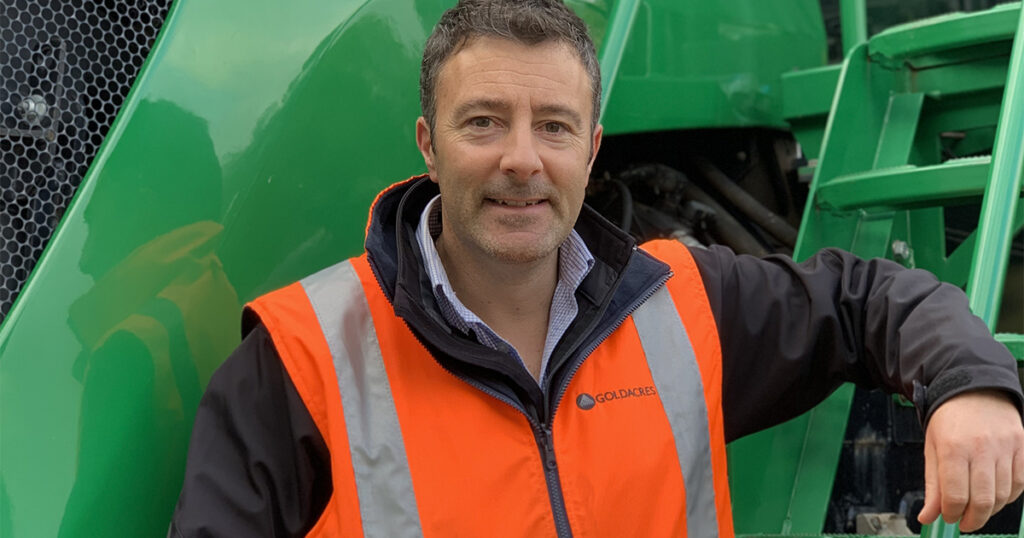 Goldacres sales and marketing operations manager, Stephen Richards says the technologies behind effective and reliable droplet delivery to the target are central to their spray rig designs.

“At the end of the day, if the droplets of product don’t hit the target at the required rate you might as well have left the spray rig in the shed,” he says. “The best way to ensure the correct dose is applied and avoid spray drift is to pay close attention to setting the rig up correctly and operating it well.”

In the last 20 years there has been a quiet revolution in nozzle design and much of this has been driven by the need to eliminate the risk of spray drifting downwind or being caught up in temperature inversion layers.

“Years ago the standard nozzle was the XRT-jet flat fan nozzle that operated at a pressure of 1 to 4 bar, which gave good coverage in ideal spray conditions, but also produced more fine droplets that easily drift,” says Stephen. “Modern nozzles have been designed with the emphasis on producing medium to coarse droplets and using higher water rates to achieve adequate coverage.”

The modern nozzles also have a wider pressure range of 1 to 6, or 1 to 8 bar, making the one nozzle type suitable for a variety of applications.

When considering ground speed, Stephen says the technologies behind even rate delivery through the boom have made it possible for machinery manufacturers to build sprayers that can operate at higher speeds and cover more area in a day.

This ensures that the correct product rate is applied at the headlands and wherever the operator needs to slow down. Another option is the ‘pulse width modulation’ system to adjust the volume through the nozzles in response to changes in ground speed.

As boom length increases so does the need for high tech suspension and rate compensation for variable speed and turning.

The boom height is also critical in reducing drift risk associated with the air turbulence behind the spray rig. A 20 cm change in height from the recommended 50 cm above ground to 70 cm can quadruple the quantity of air-borne droplets.

“With booms now as wide as 48 m the suspension system is more important than ever,” says Stephen. “Goldacres machines use a system that minimises yaw, roll and pitch of the boom to give a stable spray platform and optimise spray coverage in undulating or uneven paddocks.”

Before heading out to spray Stephen recommends operators check for blocked nozzles and at the start of each season, do a jug test to check for nozzle wear. The large investment in spray technology can be undone if nozzle choice and maintenance is neglected.

“The jug test needs to show that each nozzle is delivering within 10 per cent of the nominated volume per minute for the specific nozzle type and size,” he says. “The cost of a new set of nozzles pales in significance against the cost of product wastage, a spray failure or the evolution of herbicide resistance on your farm.” 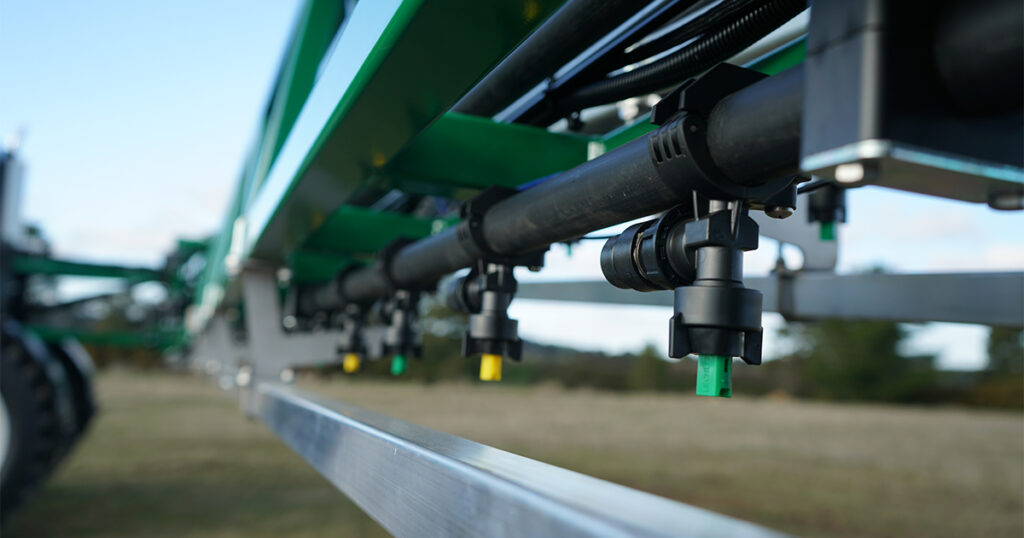 Before heading out to spray Stephen recommends operators check for blocked nozzles and at the start of each season, do a jug test to check for nozzle wear.

The WeedSmart Big 6 tactics that form an integrated weed management program to reduce the risk of herbicide resistance in weeds are supported by companies like Goldacres, who understand the importance of effective and safe herbicide application.

Goldacres is working with Bilberry to perfect the artificial intelligence systems required to bring green-on-green weed detection to Australian farmers. These systems, along with the optical spraying technology that has been used for spot-spraying in fallows for over 20 years, are expected to deliver more targeted herbicide use into the future.