Read time: 3 minutes
Resources / Articles / Ask an Expert / How can I respond to emerging weed threats?

How can I respond to emerging weed threats?

Emerging weeds are generally weeds that have been present in an area but for some reason have not been of any great concern—until something changes with a run of wet or dry season, or a change in farming practice.

Dr Bhagirath Chauhan, Principal Research Fellow with the Queensland Alliance for Agriculture and Food Innovation is leading a project to study the characteristics of 10 weed species that are becoming increasingly important in the northern grains region of Australia.

“Growers in the region put forward the list of three winter weed and seven summer weed species, which they thought were of greatest concern,” said Dr Chauhan. “Over the next four years we will be studying the influence of rainfall pattern and cropping history on the seed dormancy and persistence of these species.”

“We want to know if these species are more or less of a potential problem in higher rainfall areas such as Dalby or drier areas such as St George,” he said. “We will also see if crop competition and additional resources, such as fertiliser, affect dormancy and germination patterns of these weeds.”

“Seed dormancy and persistence in the soil are very important aspects of weed ecology and can be used to manage weed population with both herbicide and non-herbicide measures.” 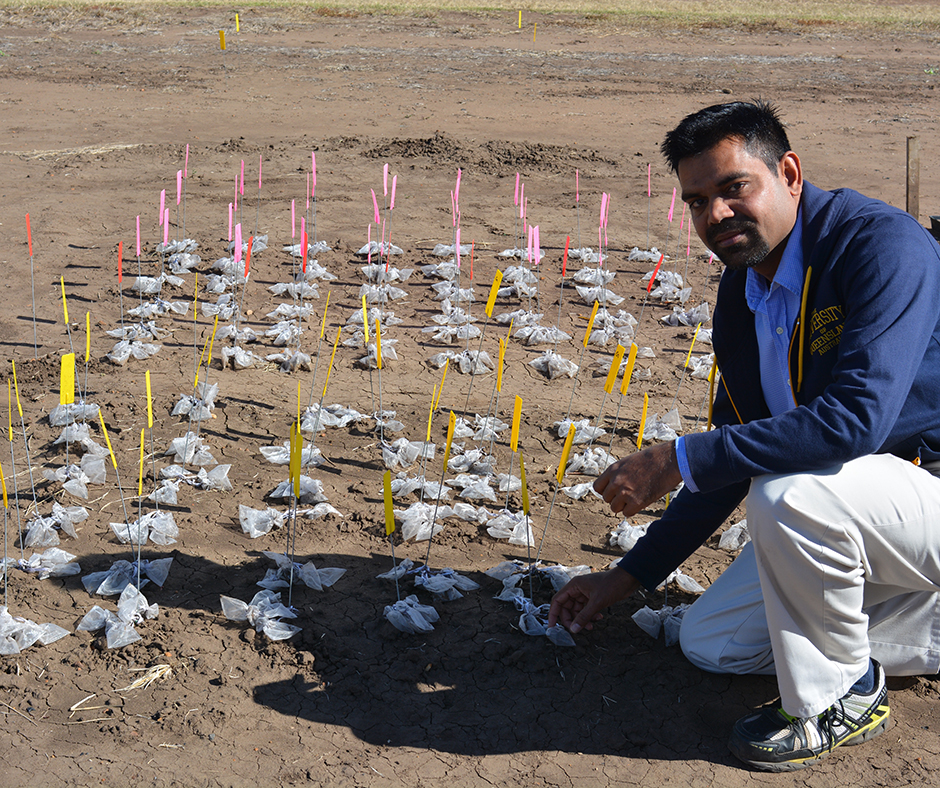 Dr Bhagirath Chauhan, Principal Research Fellow with the Queensland Alliance for Agriculture and Food Innovation is studying the ecology of ten emerging weeds in the northern grains region to help identify the most effective control tactics.

Why is information about seed dormancy and persistence important?

Short answer: These characteristics vary considerably between plant species but once understood they help identify management practices that will work best.

Longer answer: Seed dormancy is a measure of the conditions required for the seed to germinate. For instance, one species may not germinate until a certain soil temperature is reached while another species may respond to soil moisture or light. Persistence is a measure of how long a seed can remain viable in the soil. Some species remain viable for decades while others only a few months while awaiting the right conditions for germination.

How can I use this information to manage weeds?

Short answer: Look for ways to run down the seed bank.

Longer answer: For example, sow thistle has no dormancy—as soon as it rains the seed will germinate, making it easier to time an effective herbicide application. Mexican poppy shows strong dormancy over summer then germinated in a flush when it rained in autumn. Turnip weed has been considered a winter weed however we are seeing it germinate as early as February. Knowing the triggers for germination helps plan a control program.

Understanding the persistence characteristic of these weeds will take longer but will alert growers to the potential benefit of cultivation to control weeds that do not persist for long once the seed is buried or crop competition for weed seeds that do not remain viable for long on the soil surface.

Weed seeds are grown in semi-controlled field conditions to determine the effect of rainfall patterns and other environmental influences on seed dormancy and persistence.

Is turnip weed likely to be as big a problem for northern region growers as its Western Australian relative, wild radish?

Short answer: Possibly, but there are differences between the species.

Longer answer: Until the last few years turnip weed has been mainly found on roadsides rather than in cropping paddocks but it is now a common weed in crops. Like wild radish it produces vast quantities of seed however the seed is less dormant and less persistent in the soil. The seed coat still needs to rupture for germination to occur but fluctuations in moisture and temperature, along with insect damage means dormancy is readily broken down and turnip weed is germinating earlier in the year than expected. There have been cases of resistance to Group B herbicides in turnip weed so it is important to manage any survivors after applying these herbicides. A planned survey of 600 turnip weed populations will illustrate the current density of turnip weed and herbicide resistance testing against current herbicides will better inform researchers and growers.