Read time: 5 minutes
Resources / Articles / Ask an Expert / How can I set up my summer crops to help manage weeds?

How can I set up my summer crops to help manage weeds? 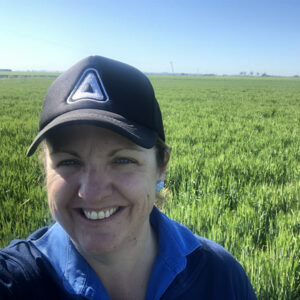 It has been a few years since growers on the Darling Downs have been able to plan for a summer crop. With the uncertainty surrounding planting opportunities came some hesitancy to fully invest in weed control.

Belinda Chase, an agronomist at Dalby Rural Supplies, says it is a welcome change to be actively planning for summer cropping and being more proactive with weed control leading up to planting.

With more soil moisture than growers have had for several years, many have been planning ahead to manage weeds in winter fallows destined from summer crops – mainly cotton and sorghum, along with some millet, corn, mungbean and sunflower.

“Pre-emergent, or residual, herbicides have played an important role in keeping weed numbers low in winter fallows,” says Belinda. “The next rain event will most likely also be the trigger for planting, and weed control in those early weeks of crop growth will be crucial.”

The WeedSmart Big 6 tactics can be applied to all crops to reduce the risk of herbicide resistance through diverse herbicide use and cultural control to prevent weed seed set.

What are the resistance risks with pre-emergent herbicides in summer crops?

In brief: Avoid over-using the same mode of action group throughout the crop rotation.

The details: There has been widespread use of knockdown herbicides with residual activity, such as Group 14 [G] flumioxazin (e.g. Valor), in winter fallows to maintain low weed numbers. With multiple use patterns in fallow (on its own or as a tank mix ‘spike’) and post-sowing pre-emergent in a number of summer crops, there is a risk that resistance to this mode of action could develop. There is currently no known resistance to Group 14 [G] herbicides in Australia but resistance has been identified in both grass and broadleaf species in other countries.

Tank mixes and co-formulations are an effective way to reduce the risk of resistance to Group 14 [G] herbicides. Significant escapes must be prevented from setting seed.

Another option for pre-emergent weed control in sorghum is s-metolachlor, a Group 15 [K] herbicide such as Dual Gold. Applied as a split application before and immediately after planting sorghum gives optimal weed control, provided the seed safener (Concep II or Epivio C) has been applied at planting.

Atrazine, a Group 5 [C] herbicide, also provides a pre- and post-emergence option for broadleaf weeds and some pre-emergent control of annual grasses like barnyard, crowsfoot, summer and love grass in crops such as sorghum and maize.

How can I best incorporate imi-tolerant summer crops?

In brief: Imi-tolerant (IT) hybrids are now available for sorghum, maize, sunflower and soybean, providing for alternative in-crop control options for a range of grass and broadleaf weeds.

The details: IT sorghum seed is in short supply this year, but there are other options to consider. Growers who have Group 1 [A] resistance in barnyard grass or who are looking for alternative products to control or suppress other key summer weeds may consider growing these herbicide-tolerant crops.

With an imi-tolerant hybrid, growers will be able to safely plant into paddocks where imidazolinone (Group 2 [B]) chemistry has been recently applied, say after an IT maize, wheat, canola or pulse crop, negating the current 12+ month plant-back requirement, which otherwise restricts the choices that growers have in summer. In this situation it is advisable to avoid applying Group 2 [B] herbicides to the current crop to break the ‘imi-cycle’ that can develop where imi herbicides are used in successive crops – resulting in a high risk scenario for the evolution of herbicide resistance.

The second major benefit is that an imi-tolerant hybrid can be planted into a paddock that has a broadleaf weed burden—a situation that would not be advisable for a non-IT variety. 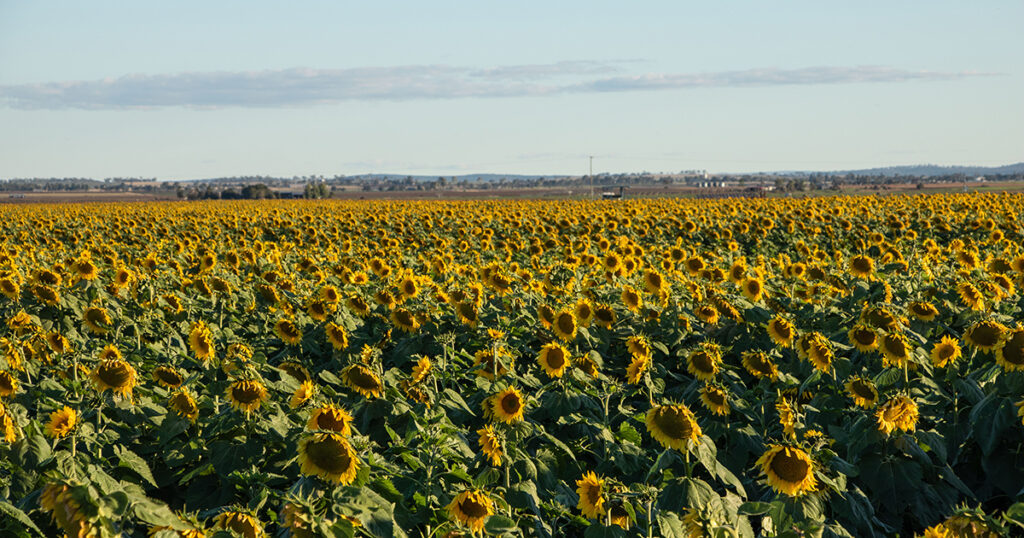 Imi-tolerant (IT) hybrids are now available for sorghum, maize, sunflower and soybean.

Is patch management a good tactic for feathertop Rhodes grass?

In brief: Feathertop Rhodes grass is a serious challenge, but summer cropping can help reduce the weed seed bank.

The details: Controlling FTR can be easier in a competitive mungbean crop on narrow row spacing, than in sorghum and sunflower, which are typically grown on wider row spacings and do not quickly cover the inter-row. 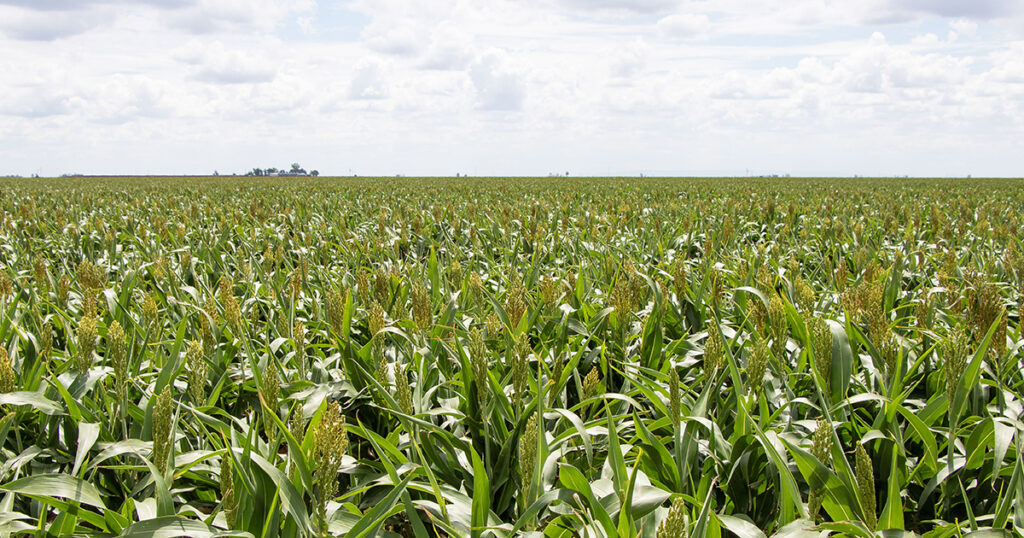 Controlling feathertop Rhodes grass can be easier in a competitive crop on narrow row spacing, where the crop quickly covers the inter-row.

After applying suitable pre-emergent herbicides (if FTR numbers are low) or cultivating if FTR pressure is high, do everything you can to maximise crop competition. Consider narrower row spacing, optimal plant density, avoid planting gaps and provide adequate crop nutrition.

After the crop has established, use inter-row cultivation where necessary and harvest early. If there are areas with low density escapes of this prolific seeding weed, chipping is worthwhile before the seed sets. If patches of escapes are evident it can be very beneficial to accept a ‘short-term pain for long-term gain’ by ploughing or spraying out the affected patch of crop before the FTR plants set seed.

At harvest, record any patches of FTR and return soon after harvest to remove established plants and apply a pre-emergent herbicide to manage new germinations.

It pays to plan ahead to manage weeds in winter fallows destined from summer crops – such as cotton, sorghum, mungbean and sunflower....