Read time: 5 minutes
Resources / Articles / Ask an Expert / How does ryegrass adapt so readily to farming practices and environmental changes?

How does ryegrass adapt so readily to farming practices and environmental changes?

with Dr Chris Preston, The University of Adelaide

Annual and perennial species of ryegrass (Lolium spp.) are weeds of major and global significance in cropping systems. Native to temperate regions of Europe, Asia and North America, these species have been transported, mostly as pasture plants, turf, cover crops and as contaminants in crop seed, feed grain and hay, to all grain production areas of the world.

Dr Chris Preston, Professor, Weed Management at The University of Adelaide, says perennial ryegrass, Italian ryegrass and rigid ryegrass can be difficult to distinguish and have the ability to interbreed – giving the species increased invasive powers. 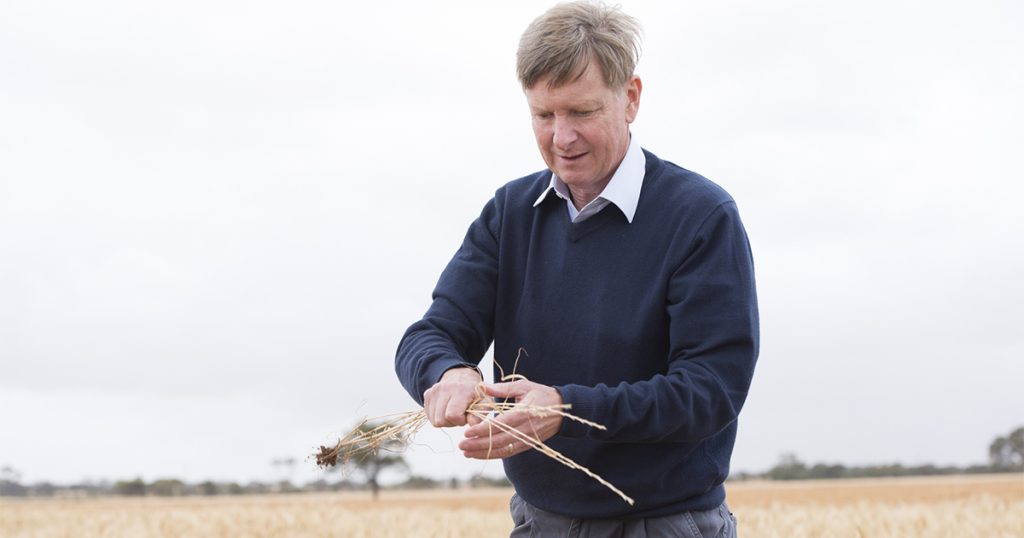 Dr Chris Preston, Professor, Weed Management at The University of Adelaide, says that unlike some other weed species, ryegrass populations adapt to new environments very quickly.

“The genetic diversity of the ryegrass species has seen populations adapt very quickly to altered environments,” he says. “The most widely researched adaptations have been those associated with herbicide resistance, but we are also seeing many other examples of ryegrass evading cultural controls, adapting to new farming systems and extending its geographical and climatic range.”

“Unlike some other weed species, ryegrass populations adapt to the new environment very quickly,” says Chris. “The extensive genetic diversity means populations can readily adapt to new environments and stresses. This is aided by ‘new arrivals’ that may bring new adaptations, such as seed dormancy or herbicide resistance, which have evolved elsewhere.”

Ryegrass is a dramatic example of why the WeedSmart Big 6 approach is so important – adding diversity to farming systems, both within and between seasons. There is no ‘set and forget’ integrated weed management system – every season needs to present this super-weed with a fresh challenge.

What is the best way to keep ahead of ryegrass blow-outs?

The details: Short rotations are very easy for weeds like ryegrass to adapt to. This is seen in its ability to adapt to multiple herbicide modes of action and also to make definite shifts in the population’s phenology.

If a tight rotation has been in place for 10 or 20 years it’s definitely time to look for alternatives. Adaptive species like ryegrass will start to respond to repeated practices (herbicide and cultural) that are applied for four or five years in a row.

In a tight rotation, ryegrass can evolve resistance to early sowing in a no till system through seed dormancy, or resistance to harvest weed seed control through early shedding of seed. Each agricultural practice is in fact applying selection pressure – the only solution is to frequently alter the type of selection.

The worst thing you can do is to keep doing the same thing. If you are limited in crop choice, then consider changing other practices used regularly within each crop. 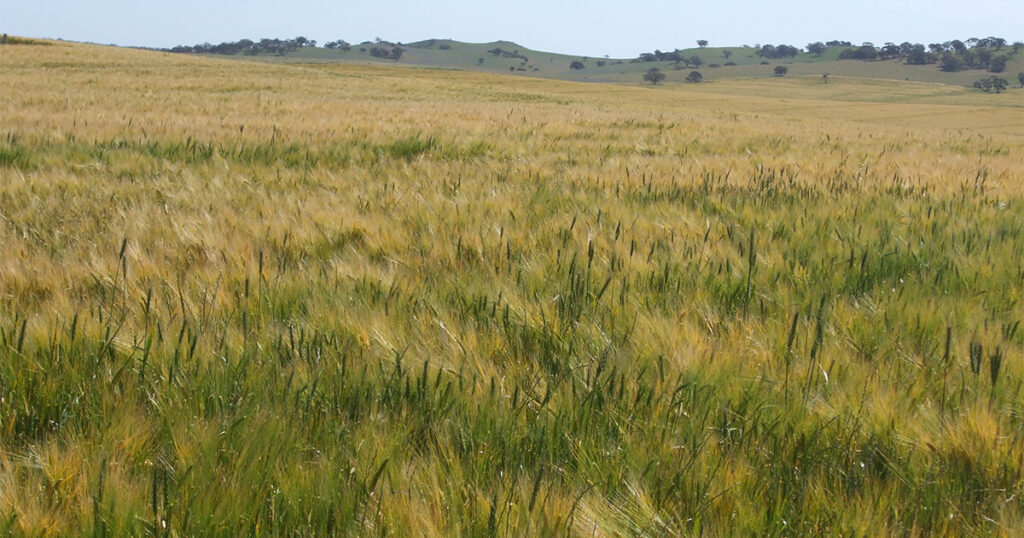 Why is it important to have diverse crop rotations?

In brief: To keep ahead of adaptation through seed dormancy.

If the pre-emergent herbicide is applied at the same time each season it will not be long before the dominant population is germinating later in the season, having not interacted with the herbicide at all.

In this situation, there is an even greater need for the crop to be highly competitive by the time the more dormant seeds germinate, to suppress weed growth and seed production.

Rotating to pasture or to crops sown later will disrupt the selection for increased dormancy.

Again, maximising the diversity in the crop rotation is the foundation of an effective integrated weed management program.

Are there things I should do every year?

In brief: All the WeedSmart Big 6 tactics need to be applied as often as possible.

The details: But there needs to be diversity within years as well. For example, harvest weed seed control is recommended for all paddocks, every year – so the diversity needs to come through other tactics, such as rotating crops and rotating herbicides. 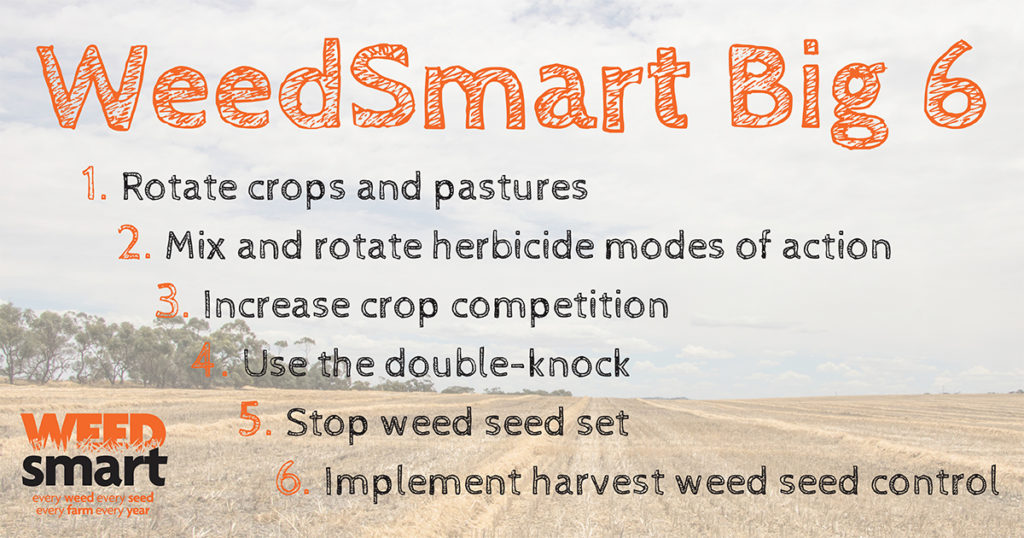 Feathertop Rhodes grass is a major weed in chemical fallows in Australia, and is notoriously hard to kill with glyphosate. Read More...