Adding a pasture phase to a cropping rotation can take weeds by surprise and deplete a weed seed bank that has built up under a short crop sequence.

Dr Yaseen Khalil, research associate (adjunct) with the Australian Herbicide Resistance Initiative and Kaylx, says a single species pasture legume such as serradella provides multiple benefits to the system and can make a large dent in the annual ryegrass seed bank. 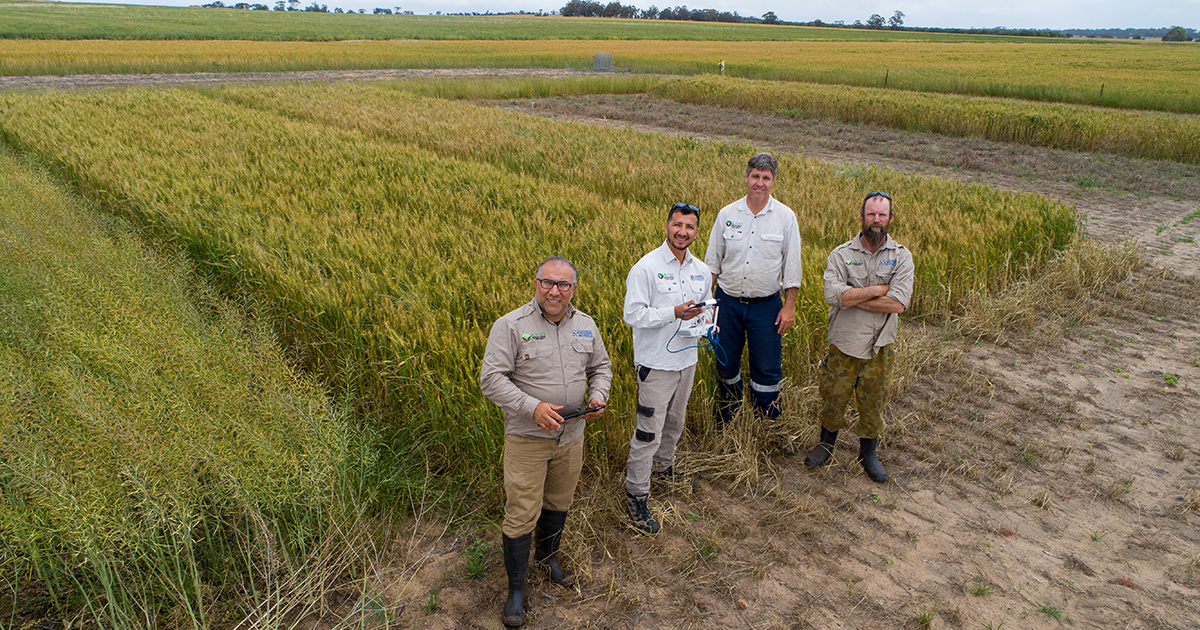 “Pastures can be an effective tool to disrupt the evolution of herbicide resistance without compromising grain production,” he says. “Phase farming is where a multi-year pasture phase disrupts a multi-year cropping phase. The pasture phase can build soil nitrogen stores, rapidly exhaust the weed seed bank and suppress soil-borne crop pathogens.”

With investment from the Grains Research and Development Corporation (GRDC), Yaseen and other researchers investigated the effect of seven cropping rotations in high-weed-pressure fields at Bolgart and Brookton in Western Australia during the 2019, 2020 and 2021 winter growing seasons.

“At both sites, the more diverse rotations were as effective at reducing annual ryegrass seed production as three years of winter chemical fallow,” says Yaseen. “Diverse crop rotation is a key component in the WeedSmart Big 6 integrated weed management program. In a diverse rotation, there are many opportunities to include crops or pastures with additional rotational benefits.”

What effect did rotation have on the annual ryegrass seed bank?

In brief: Seven rotations were tested at the two sites, including serradella pasture in one, two and three seasons.

The details: The ‘worst’ rotation from a weed seed bank perspective was three successive wheat crops. In this rotation, the ryegrass population either remained high or steadily increased, even though ‘best practice’ herbicide and non-herbicide options were implemented.

What is the benefit of adding a pasture phase?

In brief: Adding a pasture provides the opportunity to apply weed control tactics at stages during the season that are different to that typically used in grain crops.

The details: In a pasture phase of one, two, or three consecutive years, different tactics are used depending on whether the intention is to regenerate the pasture the following season.

In years where the pasture is grown for fodder and seed production, early-season interventions applied in isolation did little to suppress annual ryegrass (but were effective on barley grass and brome grass).

Late season treatments implemented in the season where the pasture is terminated, such as brown manuring with glyphosate or spray-topping with tiafenacil (Terrad’or, Group 14[G]), are also very effective in reducing the seed bank of grassy weeds.

Can I expect other rotational benefits?

In brief: A boost in wheat yield is expected in the season after the pasture phase due to improved soil fertility and suppression of soil-borne pathogens such as nematodes.

The details: The final stage of this rotational trial is to measure wheat yield following the three-year rotation treatments. This assessment will occur at the end of the 2022 winter season.

In a separate pasture / crop rotational trial in Western Australia, also with investment from the GRDC, researchers from the CSIRO, Murdoch University and the Department of Primary Industries and Regional Development measured yield and protein content in wheat following serradella pasture at Ardath.

They concluded that serradella consistently boosted protein content in the following wheat crop without significantly affecting yield. This suggests that efficient pasture species like serradella, which fix nitrogen even in soils with some soil nitrogen present, can increase the value of the subsequent wheat crop through higher protein content.