How to beat barley grass in two years

with Dr Gurjeet Gill, associate professor at The University of Adelaide

Barley grass often slips under the radar and pales in significance to annual ryegrass. But it is ranked in the top ten weeds in Australian grain crops, and considered the seventh most costly weed to control for growers in the Victorian Mallee and Mid-North, Lower Yorke and Eyre Peninsula of South Australia.

“In 2018, we collected barley grass seed from 143 random populations from farms in the low rainfall zones of New South Wales, Victoria, South Australia and Western Australia,” he says. “In 2019, we identified two barley grass populations with contrasting seed dormancy from Upper Eyre Peninsula. These investigations into the role seed dormancy plays in weeds evading herbicide control have provided valuable insights into the management of barley grass.”

Practices such as cropping intensity and sowing time can impose huge selection pressure on seed dormancy and shift the time of seedling emergence of weed populations. Such high dormancy populations are more difficult to manage than those that emerge as a single flush after the opening rains (i.e., low dormancy).

“Weed populations with high seed dormancy will have a slow and staggered weed establishment, which will reduce the effectiveness of pre-sowing knockdown herbicides, and dormant barley grass may also evade some pre-emergent herbicides,” says Gurjeet. 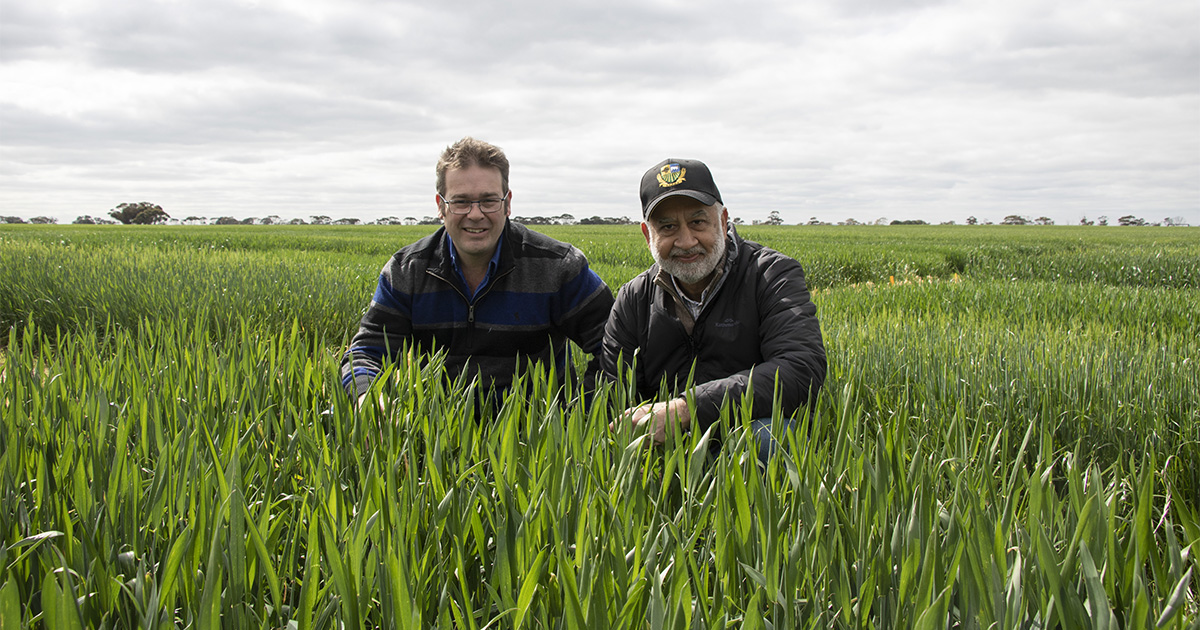 What effect does seed dormancy have?

In the random survey of barley grass across the low rainfall zones, seeds collected from the southern plains of NSW exhibited the lowest dormancy, emerging in an average of 8.9 days. Populations from the central plains of NSW took 13.2 days, while seeds from the Victorian and South Australian Mallee took an average of 18.5 days to emerge. The average time to emergence for Western Australian populations ranged from 13.8 to 17.7 days. The average for the barley grass populations collected from the Upper Eyre Peninsula was the highest dormancy of 32.6 days.

Barley grass seed that is still dormant at the time of crop planting will not be a target for pre-sowing knockdowns. Depending on the pre-emergent herbicides applied, the seed may germinate after the herbicide has broken down.

In brief: Crop competition, use effective pre-emergent herbicides such as Sakura® in wheat, Clearfield® crops using Group 2 [B] herbicides and stop seed set.

The details: Barley grass that germinates several weeks after the crop should be at a distinct disadvantage to the crop, resulting in lower weed biomass and seed production. However, if this seed finds itself in a poorly competitive crop there is an opportunity for significant seed bank replenishment. This is compounded if the dormant barley grass seed is also resistant to Group 1 [A] and 2 [B] herbicides, as detected in low levels in WA, SA and Vic. There are also some cases of barley grass resistant to glyphosate.

Higher crop seeding rate and altering the time of sowing have been consistently successful in combating weed seed dormancy and provide a good place to start. Harvest weed seed control is difficult due to the early maturity and seed shedding in barley grass.

In brief: Up to two years.

The details: Seedbank persistence of barley grass was investigated in South Australia at three field sites – Karoonda (low rainfall), Roseworthy (medium rainfall) and Tarlee (high rainfall) for four years. At the high rainfall site, barley grass emerged only in year 1. At the medium and low rainfall sites, there was 0.2% and 12% emergence respectively from the initial seedbank in year 2 and no emergence observed in years 3 and 4. In WA, most barley grass seedlings emerged within a year; however, some barley grass establishment was observed in years 3 and 4.