How well have your knock-downs worked?

Now is the time to be looking for weed ‘survivors’ and ‘escapes’.

Returning to paddocks you have recently sprayed with knock-down herbicides such as glyphosate to check for any plants that have not died is critical as these ‘survivors’ may be resistant to glyphosate.

Dr Chris Preston, Chair of the Australian Glyphosate Sustainability Working Group, has seen the number of confirmed sites of glyphosate resistant weeds climb at an alarming rate throughout Australia and is urging growers to act now to prevent seed set of weeds that have survived treatment this year. 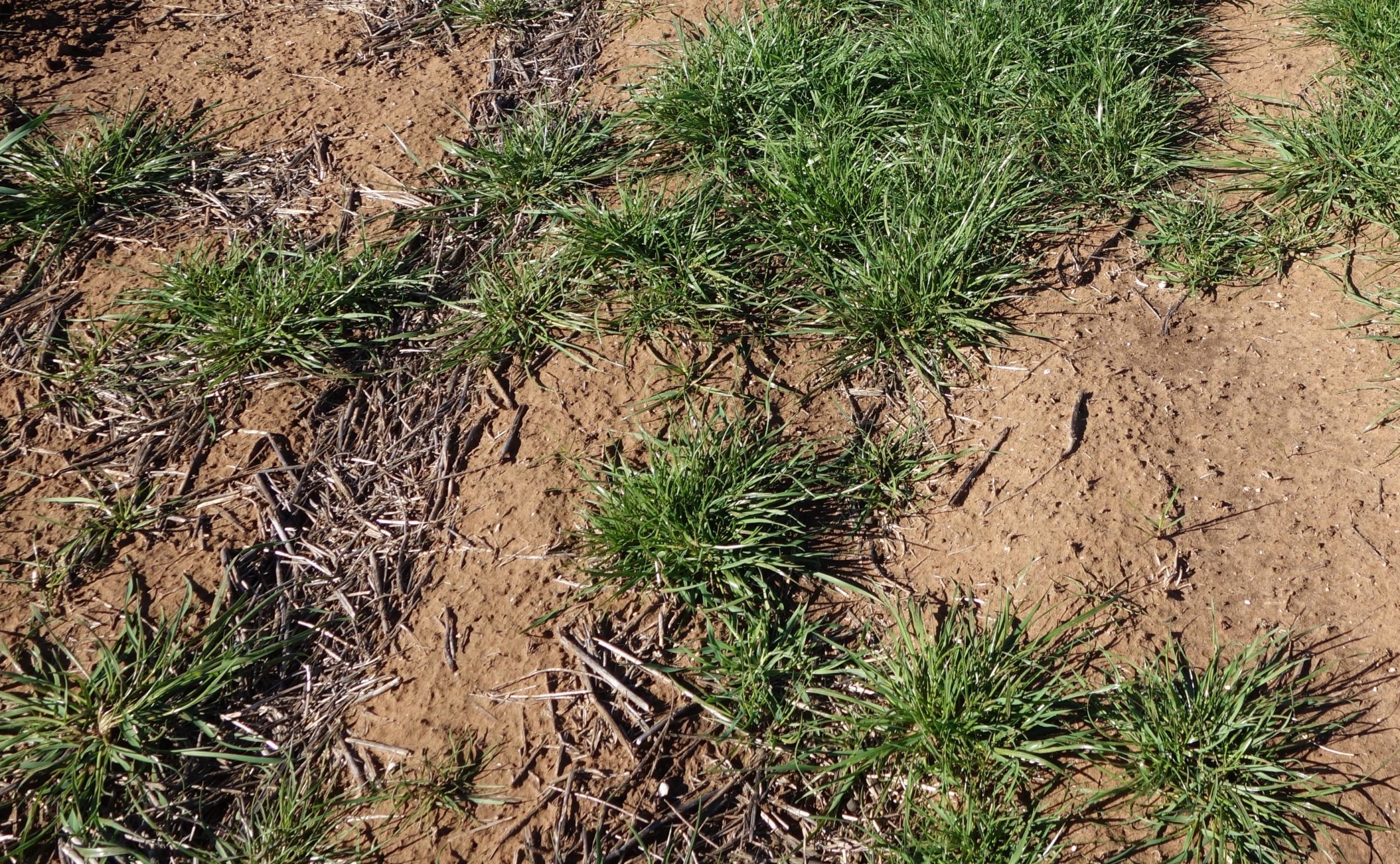 With the number of confirmed sites and species of glyphosate resistant weeds climbing at an alarming rate throughout Australia, Dr Chris Preston is urging growers to act now to prevent seed set of weeds that have survived treatment like these annual ryegrass plants.

“To lose it as an option in a weed management strategy would have a significant impact on farming systems around the country.

“There are now confirmed cases of glyphosate resistance at 757 sites across Australia,” he said.

Wild radish, sowthistle and red brome are the most recent species to have been added to the list of weeds resistant to glyphosate. Unfortunately, researchers expect more species and more populations to be confirmed as resistant over coming years.

To keep track of confirmed cases of herbicide resistance the Australian Glyphosate Sustainability Working Group has set up an online, searchable database. Growers, advisors and researchers can use the database to better understand the extent of the problem in different regions and with different weed species.

“Some plants have a natural tolerance of the glyphosate mode of action,” said Dr Preston.

“This is very different to the processes involved with the development of glyphosate resistance.

“Resistance occurs when the one mode of action is repeatedly used against the same weed population,” he said.

“But if survivors are consistently and thoroughly removed then the resistant seed bank can be contained and managed.”

Dr Preston suggests that growers should be on the look-out for weeds that have survived any herbicide treatment.

“There are several reasons why a herbicide spray might fail to perform as expected but if individual plants or small patches are found after an otherwise-effective spray, it pays to have the plants tested for resistance.

“Testing will confirm if herbicide resistance is the problem and will also identify chemical groups that the plants are still susceptible to,” he said.

“This is important information because the quicker you can react and use another control method to eliminate the survivors the less long-term damage is done.

“It only takes a few seasons of ignoring survivors for herbicide resistance to take hold and to become an expensive problem,” he said.

After checking for and dealing with any survivors this season, the next step is to consider why herbicide resistance might have occurred and to decide how you might change your approach to weed management next season.

“Weed management during the fallow holds the key to reducing the impact of weeds in-crop,” said Dr Preston.

“Double knock tactics and rotating knockdown chemistry is a good place to start in the fallow. Follow this with setting up your winter crops to be as competitive as possible.”

Crop rotations can be devised to increased the number of herbicide modes of action being applied across the farm and harvest weed seed control tactics help to minimise the number of seeds entering the seed bank going into the fallow.