Barnyard grass continues to cause significant losses in summer crops and deplete stored moisture in fallows across the northern grains region of NSW and Queensland, and in the Ord. 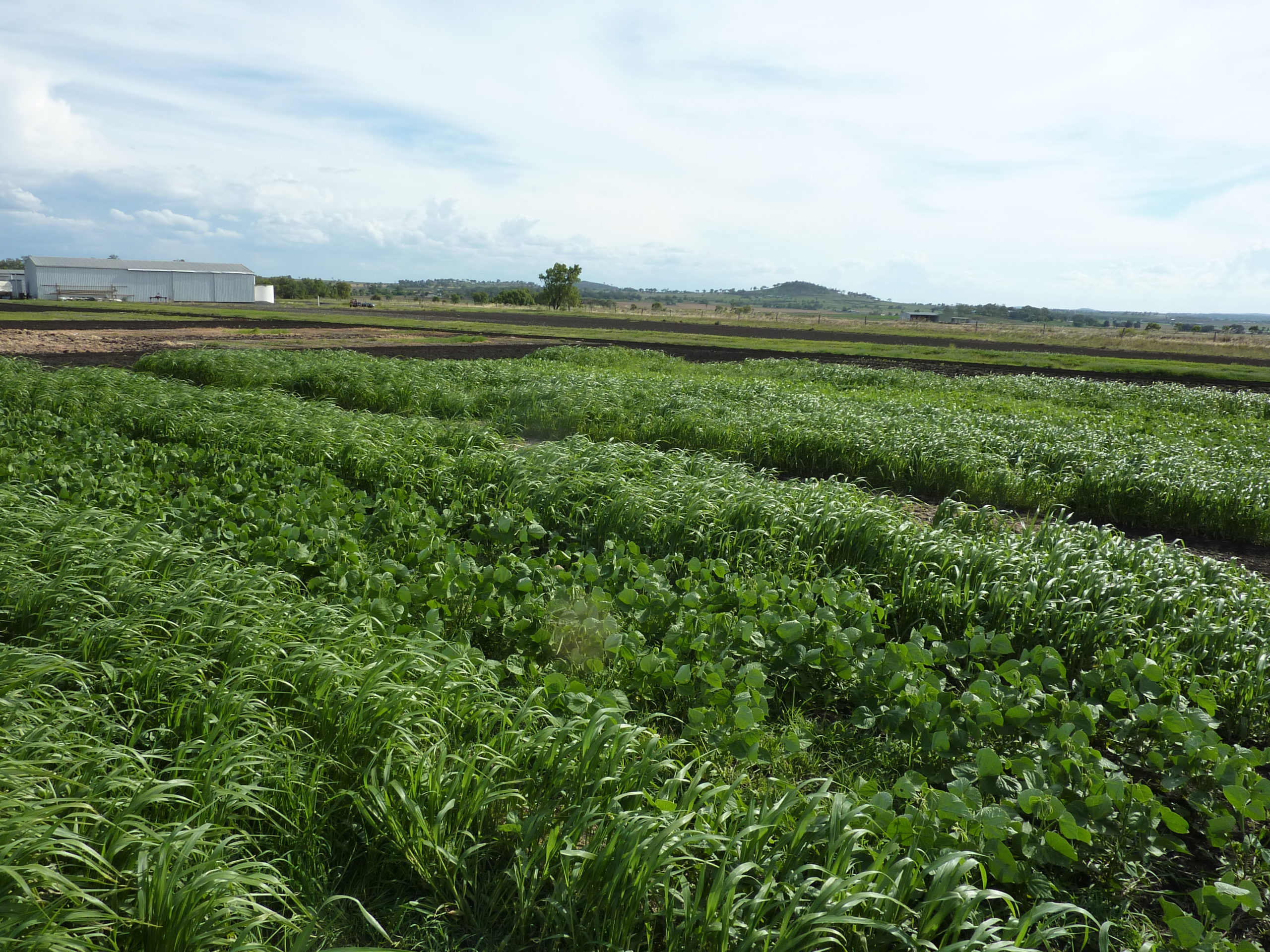 As a front-runner in the race to glyphosate resistance, awnless barnyard grass (Echinochloa colona) has several advantages, including its ability to germinate throughout the summer and potentially produce up to 42 thousand seeds per plant.

As glyphosate resistance in the species becomes more widespread there is a risk that resistance will soon be evident to alternative herbicide groups being used on their own or as part of a double knock in fallow—particularly Group A and Group L herbicides.

In an effort to find alternatives to glyphosate, weeds researchers in NSW and Queensland, including Michael Widderick from the Queensland Department of Agriculture and Fisheries, have been investigating the effect of a variety of chemical and non-chemical control tactics.

“One alternative we are exploring for awnless barnyard grass are Group A herbicides applied either alone or as part of a double knock, using either paraquat or glufosinate as the second knock,” he said. “We trialed two different timings for treatments to evaluate the impact of weed growth stage on herbicide efficacy. The next important phase is to examine the residual effect of these Group A chemistries on the following winter cereal crops.”

Another trial has investigated the impact of a range of residual herbicides for fallow weed control. Dr Widderick said a couple of residual products have shown particular promise and warrant further study.

“The third angle in the current trials was to test some cover crop options using various combinations of millet, cowpea and lab lab,” he said. “While we don’t expect to have a definitive recommendation based on the current trial alone, the results will provide a good starting point in helping to fill gaps in the current knowledge about using cover crops in the northern region.”

Until alternatives are found Dr Widderick says it is important to implement strategies that deplete the seed bank, control small seedlings in the fallow and stop seed production.

“We know the seed of awnless barnyard grass can persist for longer if it is buried in the soil,” he says. “Shallow tillage to a depth of 5 cm or less will keep most seeds within the top five centimetres of soil from which most seedlings will emerge.”

Research into residual herbicide controls for awnless barnyard grass is identifying some promising options. Compare the control (untreated) plot on the left with a treatment offering excellent control of annual barnyard grass in the centre plot and a poorer performing treatment on the right, 112 days after treatment.

Fallow application of Flame® (Group B) in late spring or early summer may control several flushes of awnless barnyard grass prior to sowing wheat. Similarly, a winter/spring fallow application of atrazine (Group C) may effectively control germinating barnyard grass for a few months prior to planting sorghum, provided rainfall is received within 10 days of spraying to incorporate the herbicide.

“Alternatively, atrazine plus metolachlor (Dual Gold®, Group K) incorporated at sowing consistently gave over 95 per cent control of barnyard grass in sorghum. Trials have repeatedly shown that a tank mix treatment of atrazine and metolachlor to be reliably better than atrazine alone, especially in wet seasons.” says Dr Widderick. “A range of residual herbicides is also available for grass control in cotton.”

Dr Widderick says double-knock tactics to treat weeds prior to early tillering (up to 3 tillers) remains very effective to target small weeds and reduce the risk of weed escapes. “Large, moisture-stressed plants are very difficult to kill and are most likely to contribute large quantities of seed to the seed bank. Their removal needs to be a high priority task, often requiring manual tactics such as patch cultivation or chipping,” he says.

Trials have demonstrated that sorghum planted on narrow rows can compete with awnless barnyard grass and markedly reduce seed production on plants that germinate and grow in-crop. Sowing sorghum in one metre rows at high seeding rates can reduce potential seed bank replenishment by about 50 per cent.