American farmers seem to have regained the upper hand on glyphosate resistant Palmer amaranth and waterhemp, which had overwhelmed many crops from 2008 to 2012, but there are still some longer term challenges.

Jason Norsworthy, professor of weed science at the University of Arkansas says that although many paddocks are cleaner than they have been for years, he doesn’t believe that the current weed management practices are sustainable. 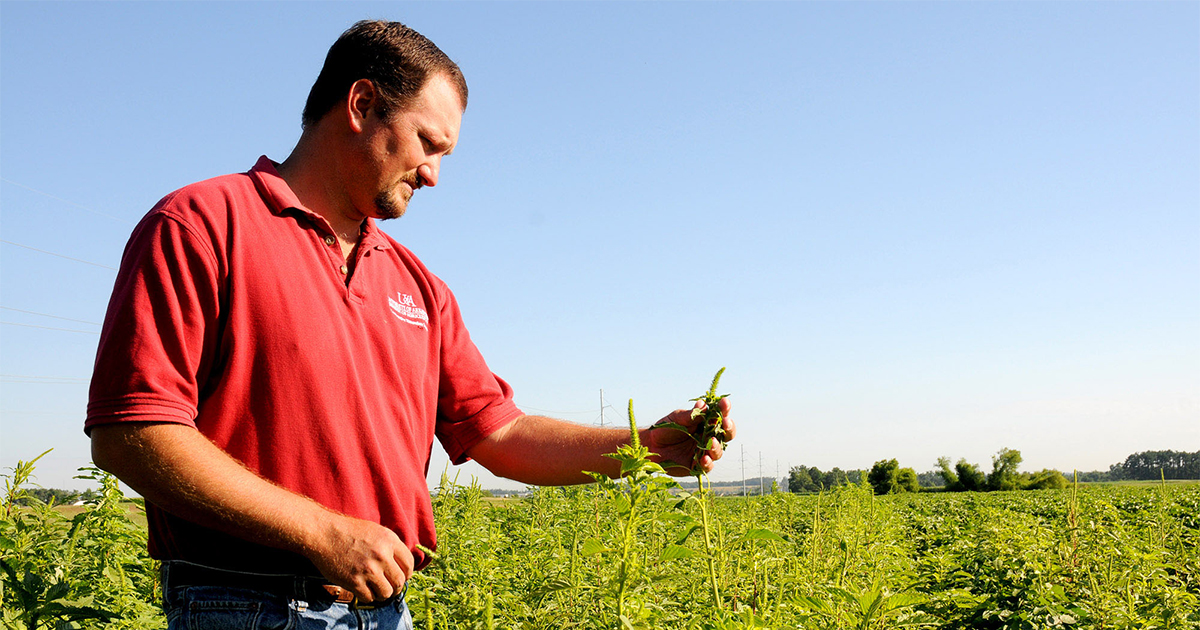 Jason Norsworthy, professor of weed science at the University of Arkansas says many growers in the States are now only one or two herbicides away from having no herbicide control options for Palmer amaranth (pigweed) in either conventional or herbicide tolerant soybean crops.

In the USA, herbicide tolerant varieties and hybrids have come to dominate in the sown areas of cotton (89%), soybean (94%) and corn (89%) across all regions. The soybean and corn growing regions overlap significantly and there are some regions where all three crops are grown.

Dr Norsworthy says many growers in the States are now only one or two herbicides away from having no herbicide control options for Palmer amaranth in either conventional or herbicide tolerant soybean crops. “Four modes of action are already lost on many populations of Palmer amaranth,” he says. “The multiple-resistance to these four modes of action is a real game changer for growers. It is simply not sustainable to use a herbicide or a technology until it breaks and expect to be able to switch to another option.”

“PPOs are currently being applied both at planting and in-crop in soybean crops where there are few other herbicide options,” he says. “This high selection pressure will inevitably lead to failure of the herbicide leaving growers with dicamba [Group I] products as their last resort.”

The use of low rates of dicamba in corn crops has already exposed many weed populations to low dose selection to this mode of action and researchers have demonstrated full dose dicamba survivors can evolve in just three generations in Amaranthus spp.

In Australia, there are almost as many species resistant to glyphosate (13 species) as are present in the United States (15 species); however, there are not as many herbicide tolerant crop options.

Dr Norsworthy suggests that Australian growers continue to adopt diverse weed management practices, including harvest weed seed control, competitive crops, strategic tillage and pasture phases rather than over-relying on herbicide tolerant hybrids as they come available. “We are encouraging American growers to look more toward non-herbicide practices to try to break the cycle of over-reliance on single herbicide modes of action,” he says. “Once multiple resistance takes hold there really are less options available and most of them will have a production penalty, but if these practices are not adopted then production systems will fail.”