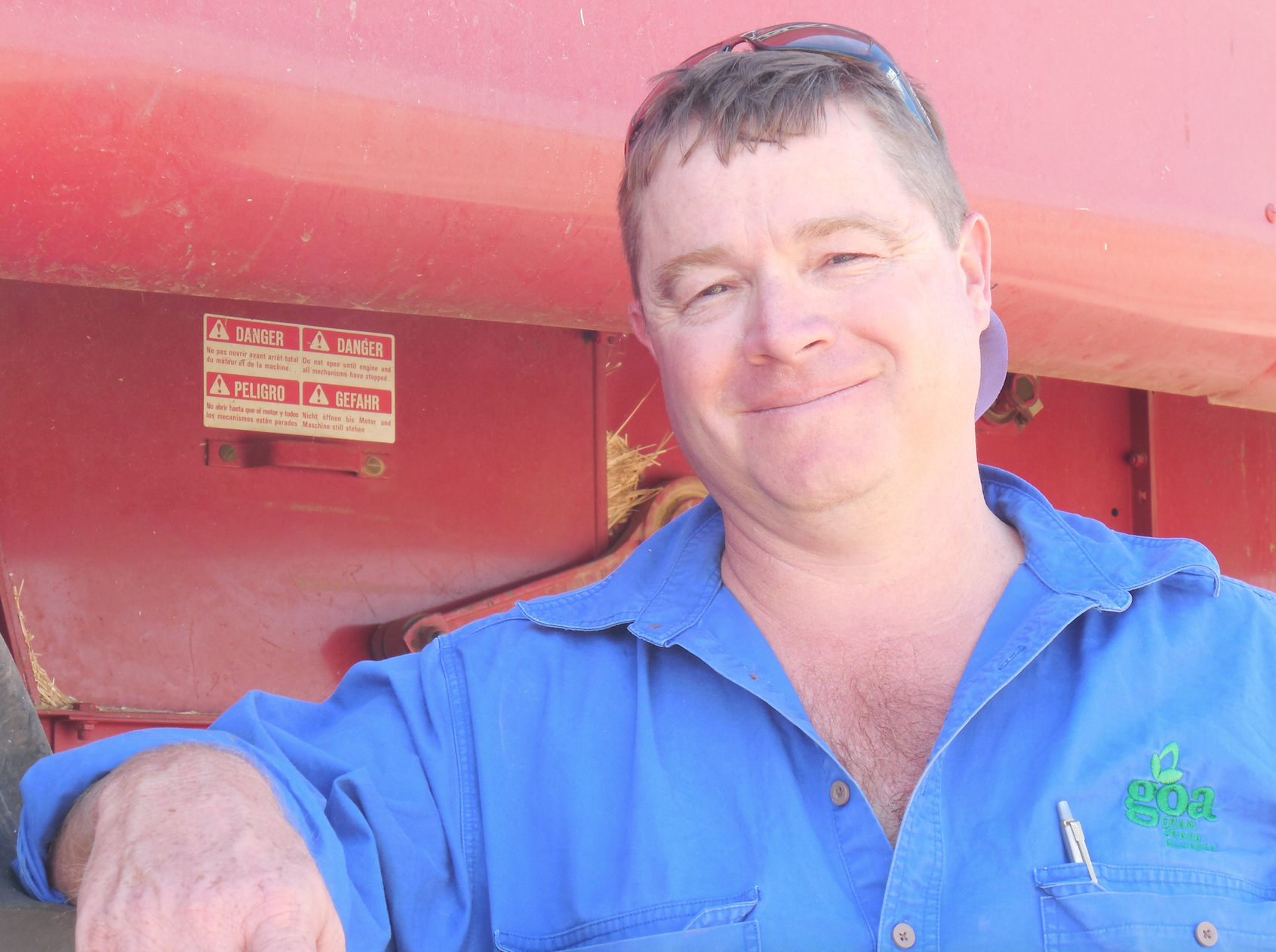 “In the last few years we have seen a large increase in the number of annual ryegrass and wild oats plants surviving the traditional herbicide treatments used in cereal crops,” he says. “Recent herbicide resistance surveys have made it clear that key herbicides used in cereal crops are losing their effectiveness. Over 90% of samples collected were resistant to Group B herbicides such as Logran and over 70% of samples were resistant to Group A herbicides such as Axial and Hoegrass.”

He says the situation has led to high levels of seed set in the cereal phase, which is putting considerable pressure on the few remaining in-crop grass selectives, that is Select or clethodim, in the following broadleaf break crops.

The 2014 weed survey revealed that resistance to clethodim is increasing rapidly with 60% of submitted samples showing resistance. Continuing to spray high density populations with clethodim will soon see the loss of this herbicide option in the region. Maurie says the industry risks losing the use of Select altogether if something is not done quickly to bring the weed population back under control.

This prompted GOA to establish GRDC-funded trials across central western NSW to investigate the effectiveness of a range of pre-emergent herbicides in chickpea, lupin and canola crops last winter.

Although the use of pre-emergent herbicides is not new to growers, the trials have demonstrated that there are several options available that can achieve better results than the current district standard practice.

In chickpeas, the standard approach in the region is to use simazine and Balance as a pre-emergent weed control tactic. Generally this combination provided poor control, with control in some trials being as low as 50%, which was no better than in the untreated control strip. This left populations of 200 plants per m2 that growers would have to target in-crop with clethodim.

“While we only have one year of results, it is clear that there are a number of other options that are far more effective than the district standard practice,” says Maurie. “Generally, the newer pre-emergent herbicides such as Sakura and Boxer Gold showed improved weed control over the standard.”

The most striking results over all the trial sites was the improvements gained through multiple product combinations, or tank mixes, of pre-emergent chemistries compared to single product treatments.

The simple addition of trifluralin to herbicides already used in the district resulted in much higher levels of control. For canola growers the recent registration of the propyzamide product, Rustler, has shown great potential for improved ryegrass control, particularly when combined with other products such as atrazine or trifluralin. In some trials untreated populations of 320 plants per m2 were reduced down to an impressive 10 plants per m2.

The new registrations of Sakura and Boxer Gold in pulses, and Rustler in canola, have broadened the options available to growers. Observations from the trials suggest that it would be unwise for growers to simply change from one pre-emergent herbicide to another because generally product combinations were more effective than any single product.

“It is also important that we introduce as many different tactics as possible into the cropping rotation, all aimed at keeping weed density low,” he says. “Any reliance on a small range of products or tactics will inevitably bring us back to the same situation that we are finding ourselves in now.”

When considering a multi-product treatment, care is required to ensure the products are compatible and that the use is registered for the crop. It is essential to apply each product at its full label rate.

“The use of these strategies must be considered a short-term option to bring the weed population down while taking steps to reduce the reliance on herbicides that has landed many growers in this situation in the first place,” says Maurie. “Other tactics that will support and protect both pre-emergent and knock-down herbicides include fallow management, harvest weed seed control and hay making.”

These general principles also apply to other grass weeds such as wild oats and barley grass that have also been increasing in number and often display multiple-MOA resistance.

When planning an integrated weed management strategy, Maurie suggests growers consider what other weeds are present and the effectiveness of the alternatives treatments on these species, the comparative costs, crop tolerances, plant-back or herbicide residue constraints and the resistance status of the weeds present.

For more information about the GOA trials visit their website.