Farmers in the Cranbury area are tackling the emergence of herbicide resistance with an innovative project. 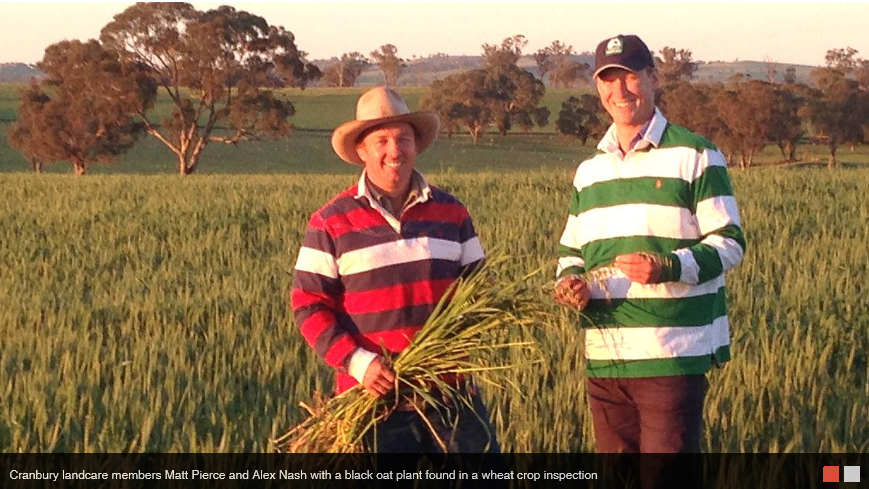 Cranbury Landcare group have been successful in the latest round of Caring for Country funding for sustainable agriculture from the Federal Department of Agriculture Fisheries and Forestry.

The project “Measuring and Managing Herbicide Resistance in No Till Cropping” will allow members to have access to subsidized herbicide resistance testing of their weeds through Charles Sturt University, Wagga.

According to chairperson Lawrence Balcomb, weeds are becoming more of an issue for farmers in the district.

“In the last twenty years there has been a massive switch to no till cropping with the majority of crops now sown in one pass,” Mr Balcomb said.

“This has put increased pressure on herbicides to control weeds.

“There has been a few positive resistant tests in the last two years as well as other anecdotal signs of resistance in our area.”

Growers hope to get a better understanding of how resistance happens and the extent of the problem in the district through this project.

Funding has also been allocated to run field days and a bus trip to help locals get some expert advice on integrated weed management.

The idea for the project came from a landcare meeting in February where weeds were a major topic of discussion, Mr Balcomb said.

“Some growers in our area have been experimenting with windrow burning, green and brown manuring.

“These non chemical means of control are widely used in Western Australia and South Australia but are only in their infancy in the eastern states.

“If we want to keep our existing chemical controls working then these practices may help.”

The first of two field days will be held at Cranbury Church Hall on October 30.

Coming up from Charles Sturt University Wagga will be their head of resistant weed testing John Broster.

John is also a member of the Australian Herbicide Resistance Initiative based at the University of W.A.

He will be giving a presentation on the current spread of weed resistance in Australia and explaining the mechanics of testing for resistance.

He will also outline the positives and negatives of different non chemical weed controls.

Maurie, in conjunction with GRDC, has been doing windrow burning trials on his property for the last two seasons.

He will explain how it fits into his weed control program.

After lunch the focus will be growers getting ideas for their own robust weed management plan.

Local agronomists will give presentations on crop and chemical rotations, pasture phases and green and brown manure crops, as well as how they think some of the non chemical control measures discussed earlier can be adapted for the area

The field day is open to all and at this stage there is room for a few growers outside the group to participate in the testing.