Quantifying the effect of paired-row systems on weeds and crop

In 2005 Dr Jack Desbiolles, senior agricultural research engineer at University of SA led research into the effects of seedbed utilisation and seed rate on weed competition and wheat yields on a shallow grey Mallee loam near Minlaton in South Australia.

The SAGIT funded research, in collaboration with the Southern Yorke Peninsula Alkaline Soils Group, centred on investigating the impact of seedbed utilisation (SBU), which quantifies the extent of the row spacing occupied by the crop. Low SBU seeding typically makes a uniform seeding job easier to achieve but there is an increased risk for fertiliser toxicity to reduce seedling emergence, and inter-plant competition can significantly limit the yield potential in higher potential seasons. 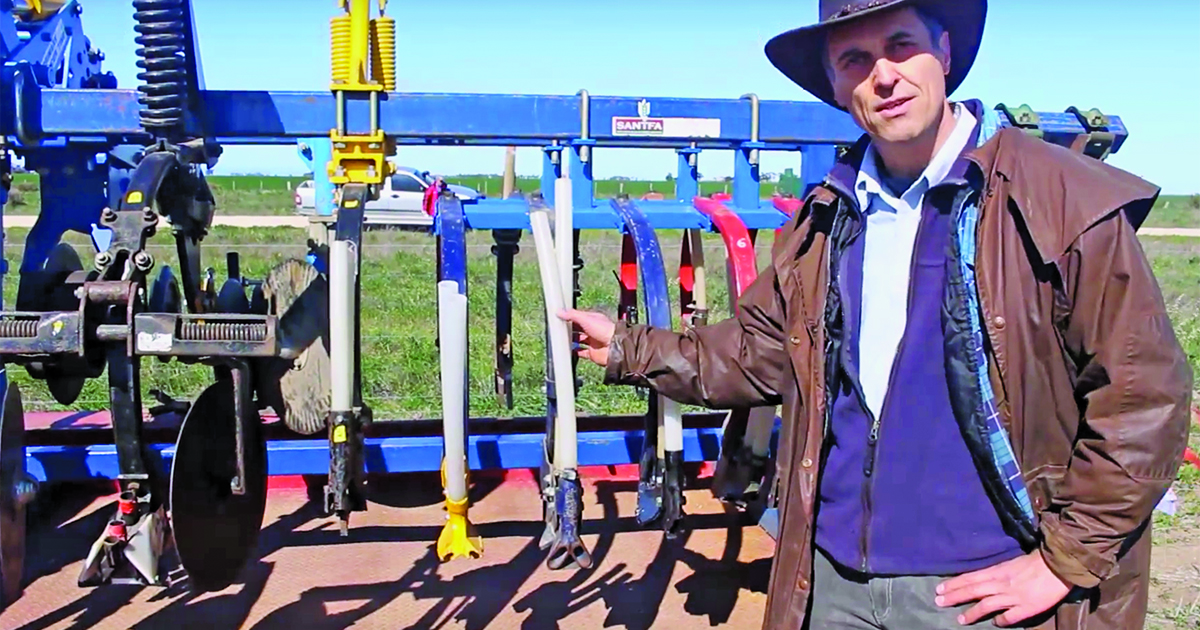 While crop seeding rate had little effect initially, the 100 per cent SBU had a significant effect on early weed vigour. This treatment reduced weed biomass by 16 to 20 per cent, and reduced weed tillering by 25 to 30 per cent in the early stages of growth.

This research confirmed the principles of crop competition and showed that paired-row systems were a practical option to help achieve greater weed competition and higher yield potential through greater seedbed utilisation.

The plant establishment benefits ranged from +15 per cent on the mid-slope and sand hill, to +20 per cent on the sandy stony flats, relative to a district system control, and after a dry season finish, achieved up to 0.15 t/ha gain in wheat grain yield.

In a review of seeder set-up for the GRDC Stubble Management project, Dr Desbiolles highlighted the following considerations when it comes to using paired-row systems in different situations: