Ranking paddocks for weed expenditure in a dry year

Weeds are a constant factor in farming, regardless of the seasonal conditions. The lack of autumn rains in areas like the Eyre Peninsula in SA and no follow-up rain for dry sown crops in some Western Australian districts means there will be many crops with variable establishment and variable growth rates, making weed control more challenging.

Making decisions early about a paddock’s weed control program is one way to make sure that money spent on weed control is cost-effective. The The Big 6 is a useful tool for growers and advisors to use when planning an integrated weed management strategy and also for situations like this where adjustments are required due to an unexpected set of environmental circumstances.

Australian Herbicide Resistance Initiative (AHRI) southern extension agronomist, Greg Condon says ranking paddocks according to their potential returns and future spending is a good way to channel resources to the most critical areas.

“The key is to look at how to minimise losses rather than to try to optimise production. From a weed management perspective this usually means looking at each paddock and considering the likely effect of different weed control options,” he says.

“For example, the future financial cost of a paddock with low ryegrass numbers will be far less than a paddock on the verge of a wild radish blowout if no herbicide is applied. If the future cost of ‘doing nothing’ will be high, then higher level expenditure is justified.” 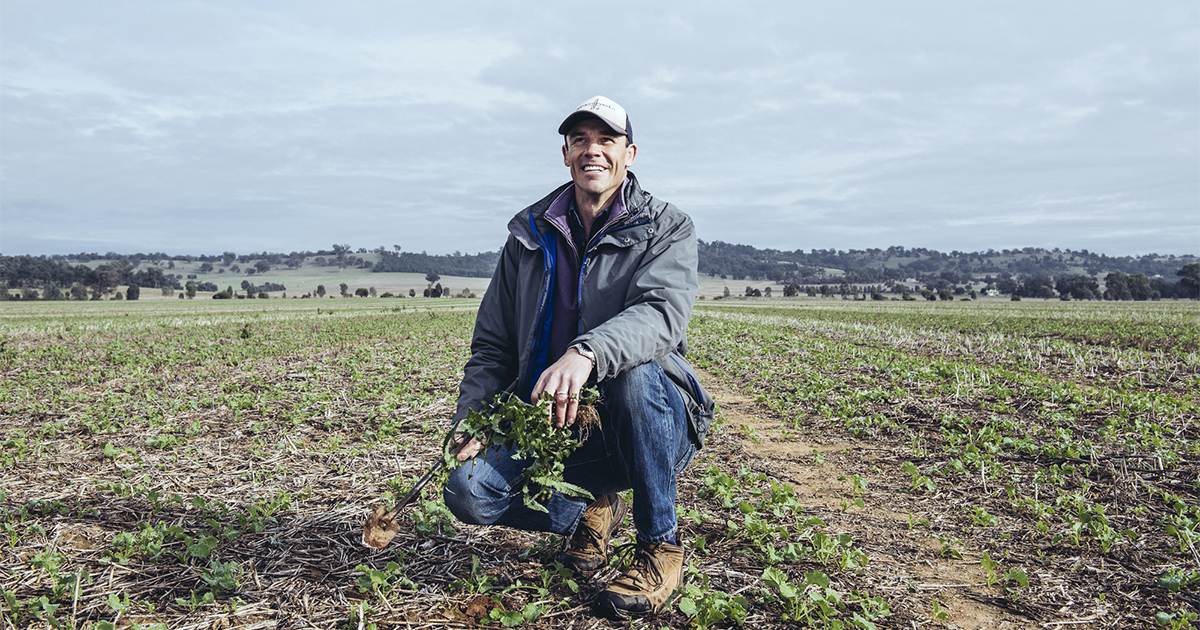 AHRI southern extension agronomist, Greg Condon suggests growers talk to their advisors about ways to minimise the future cost of weed control as well as implementing low cost options for the current year in areas experiencing a dry start to the season.

The next step is to rank the crops in order of their potential value. For lower value crops, consider spray fallowing, grazing or cutting for hay. Wherever possible, avoid using expensive herbicides and look at low cost cultural weed control measures that will reduce weed seed set. Canola, pulses and feed barley all have crop top registrations that can be used to prevent seed set and lessen the weed burden for future years. This will be a valuable option for crops that do not warrant a full post-emergent spray program if the season stays dry.

“Cereals are generally lower risk crops that tend to handle drier conditions better than broadleaf crops. One exception to this is short season Roundup Ready canola, which can be quite resilient, and is supported with low cost post-emergent herbicide options,” says Greg.

The other thing to consider when ranking paddocks is the crop’s yield potential. For example, a canola crop on a deep ripped fallow would get priority over a low fertility weedy block. Looking at the establishment of crops is a good way to rank the paddocks ‘in the middle’. Putting available resources into crops that have the best establishment means that there will be some competition for weeds and if the paddock has had a history of harvest weed seed control then the weed burden should also be lower.

Ranking paddocks and crops early in the season will help target expenditure and minimise costs for this season and future seasons in terms of weed burden. As the season unfolds, harvest weed seed control will be the next major decision to impact on the weed seed bank.