You can listen to this article being read above!

WeedSmart extension agronomist, Peter Newman is urging growers to think twice before mixing glyphosate with 2,4-D when treating weeds with low to medium levels of resistance to glyphosate.

Antagonism between the two products has been widely known for some time and in most circumstances careful product choice and a slight rate adjustment is all that is required to compensate for the compromised performance of glyphosate.

New research from the Australian Herbicide Resistance Initiative (AHRI) has shown that high label rates of glyphosate can often control grass weeds with low level glyphosate resistance; but adding 2,4-D amine or ester to the glyphosate can result in these weeds surviving the spray. 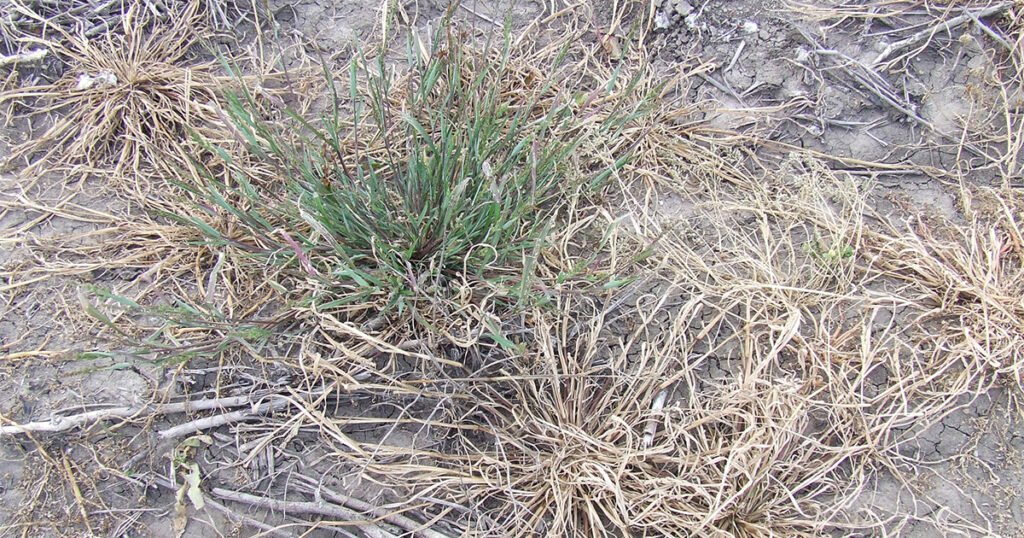 Once low to medium glyphosate resistance has established in a population of awnless barnyard grass, using a tank mix of glyphosate and 2,4-D is not going to work.

With investment from the Grains Research and Development Corporation and others, AHRI researcher Jingbo Li and others studied two populations of awnless barnyard grass with relatively low-level glyphosate resistance and found this phenomenon is due to the 2,4-D dramatically affecting uptake and translocation of glyphosate from the tank mix. 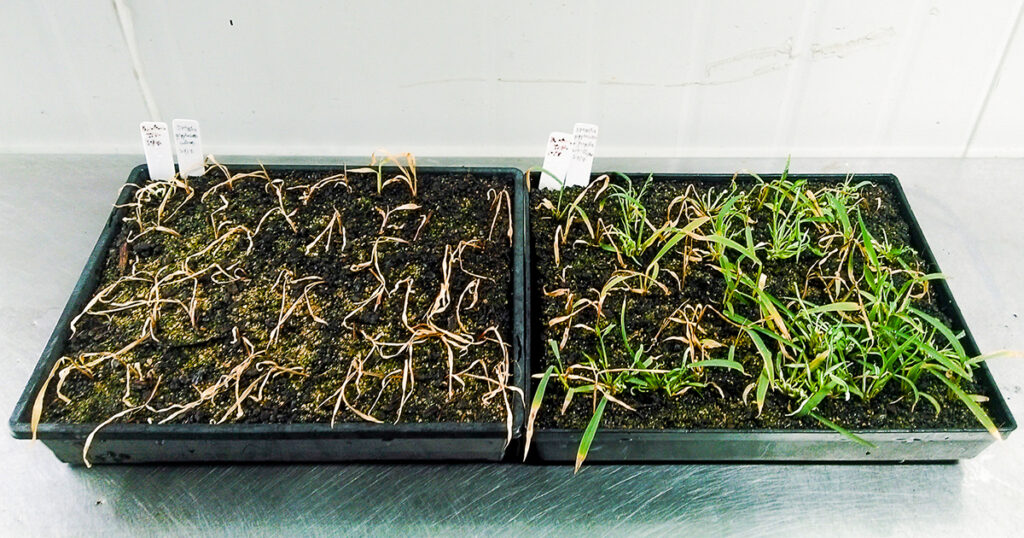 In another, more resistant, population of awnless barnyard grass the same scenario played out, albeit with an even higher rate of 3 L/ha of glyphosate to achieve 100 per cent control. In this population the survival rate was 77 per cent for the tank mix.

“What this means for growers is that once glyphosate resistance has established in a grass weed population, using this particular tank mix is not going to work,” says Peter. “A grower with glyphosate resistant grass weeds would be better served by applying the higher rate of glyphosate on its own, or perhaps with a different mixing partner, to achieve maximum control. It is then necessary to look at building in additional tactics to keep weed numbers low into the future with less reliance on glyphosate.”

While not examined in this study, 2,4-D antagonism of glyphosate is reported on several other species including Johnson grass, wheat, barley and wild oats. 2,4-D is also reported as antagonistic of Group A herbicides on species such as wild oats and annual ryegrass. Although mixing these two herbicides can provide a valuable multi-shot control of both grass and broadleaf weeds, the pros and cons need to be carefully evaluated.

“The other thing to remember is that the maximum level of control when using glyphosate is achieved when the best formulation is applied to young weeds at higher label rates,” says Peter. “These factors are generally within the grower’s control, even if they cannot control the weather conditions or plant stress levels, which also impact on glyphosate efficacy.”

To keep glyphosate as a viable option into the future Peter also recommends applying a double knock tactic after each application of glyphosate. He says following glyphosate with paraquat has been an effective double knock for many years but there are other options to consider, including strategic tillage and alternative herbicides.