Run down the summer grass seedbank in mungbeans

Growing a mungbean crop could be an excellent way to get on top of feathertop Rhodes grass, a highly competitive and difficult to control summer weed.

With investment from GRDC, researchers led by Professor Bhagirath Chauhan at the University of Queensland, have shown that both windmill grass and feathertop Rhodes grass can greatly reduce yield in mungbean, yet both weed species retain a large portion of their seed when the mungbean crop is ready for harvest.

This gives growers the opportunity to use several tactics to reduce the seedbank of these two species while growing mungbean.

Professor Chauhan says that even at the most competitive row spacing of 50 cm, mungbean yield was halved when there were around 40 windmill grass plants/m2 or just 11 feathertop Rhodes grass plants/m2 growing in the crop. 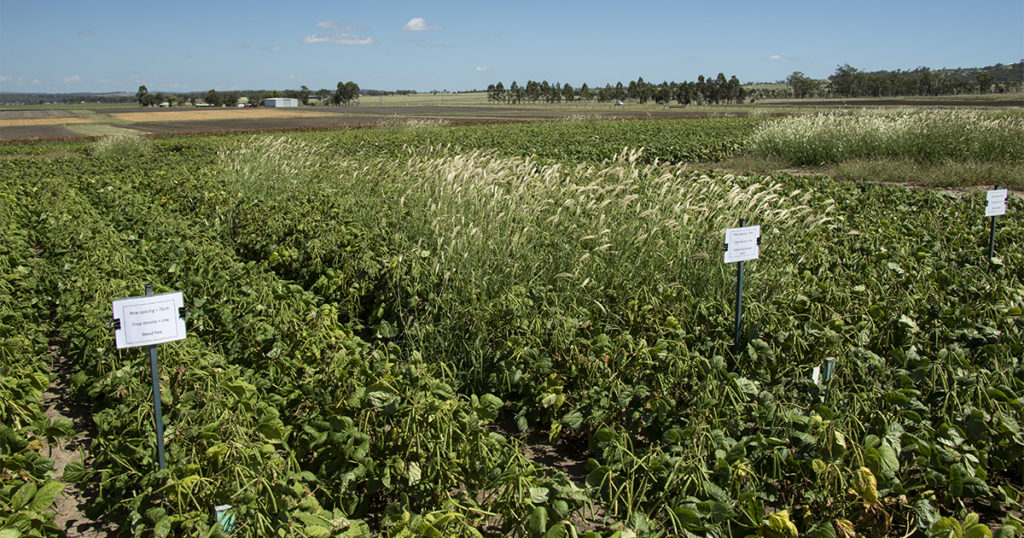 Feathertop Rhodes grass competes strongly and produces masses of seed if it gains a foothold in a mungbean crop.

“The good news is that both species have a high level of seed retention at harvest because mungbean is such a quick growing crop,” he said. “This gives growers the chance to vastly reduce the amount of new seed entering the seedbank.”

“Even though these weeds have high seed retention at harvest they also produce a huge quantity of seed,” he says. “At peak weed density in our field trials feathertop Rhodes grass produced over a quarter of a million seeds per metre square and windmill grass produced around 100,000 seeds per metre square. So, even if a small portion of this seed enters the seedbank it can still equate to a large number of seeds to potentially germinate the following spring.”

Feathertop Rhodes grass is known to begin germinating in late winter and early spring, well before a mungbean crop is planted so every effort should be made to eliminate all flushes of this weed prior to planting mungbean. Haloxyfop is currently registered for fallow control of feathertop Rhodes grass ahead of mungbean production and can be used to reduce the weed burden prior to planting mungbeans in the most competitive configuration of 50 cm row spacing. To reduce the risk of Group A resistance, use a double knock in this pre-plant situation to control any Group A herbicide survivors of these difficult grass weeds. Paraquat is the usual chemical double-knock partner in these situations and should be applied to small, unstressed weeds within 7 to 10 days after the application of haloxyfop.

Both these weed species can germinate close to the same time as the mungbean crop, so early weed control is essential to maximise yield and minimise early weed competition. Although these two grass species are susceptible to several pre-emergent herbicides, only flumioxazin (Valor) is registered for use in mungbean. This Group G herbicide can be applied at least two months pre-sowing to provide enhanced knockdown and residual control of feathertop Rhodes grass in mungbeans, taking care to follow the ‘critical comments’ to avoid crop injury.

Extra emphasis should be put on ensuring the paddock is as clean as possible prior to planting mungbeans. Inter-row cultivation may be an option provided the young plants are not injured, as wounds can allow entry of diseases such as tan spot or halo blight.

Mungbean crops are commonly desiccated prior to harvest using either Reglone or glyphosate. Both of these Chloris weed species are generally unaffected by these herbicides as mature plants, so the desiccation of the crop is unlikely to stop weed seed set. Mechanical options such as swathing are currently under investigation and may provide a more reliable way to stop seed set on these weeds prior to harvest. 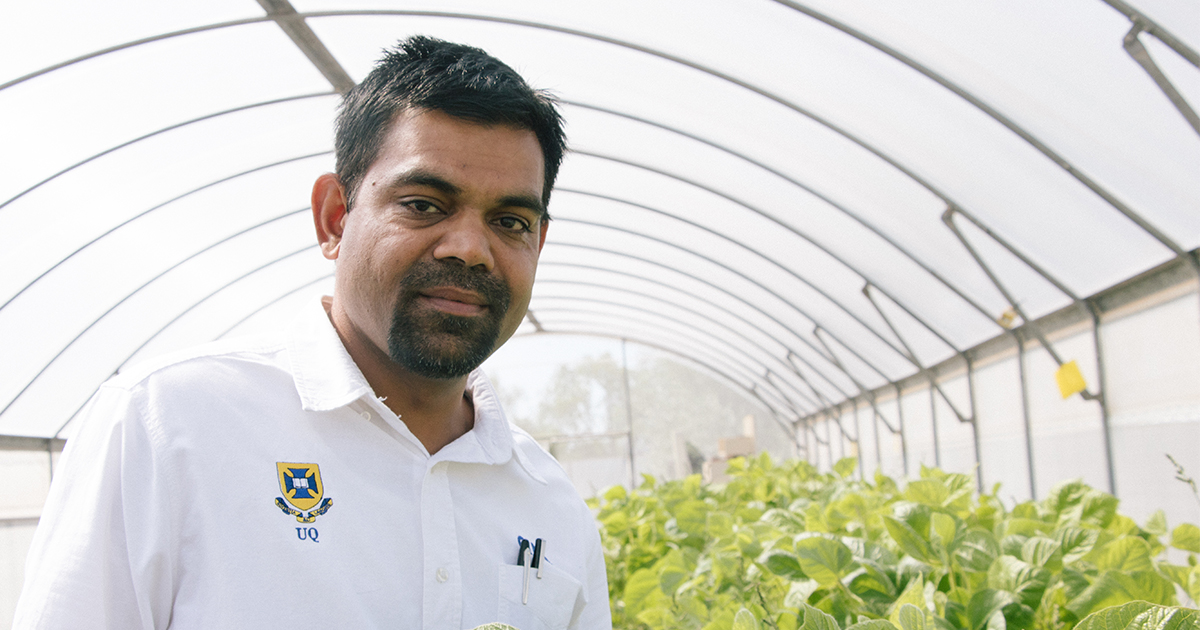 “Mungbean is a good candidate for harvest weed seed control, using chaff lining, impact mills and the like, because the crop is harvested at ground level so any weed seed held on the plants should enter the harvester front,” says Professor Chauhan.

The WeedSmart Big 6 approach to help manage resistant and hard to control weeds combines the power of multiple tactics throughout the year and across a full crop sequence to reduce weed seed set.

Although feathertop Rhodes grass and windmill grass both produce vast quantities of seed, the seed is very short-lived. If left on the soil surface the seed remains viable for only one to two years. All efforts to prevent seed set will be rewarded with a rapid decline in the weed seedbank for these two difficult grasses.

GRDC has recently updated the ‘Integrated weed management of feathertop Rhodes grass’ manual, which provides detailed information on the ecology of this important weed, along with the tactics and strategies that can be used throughout a cropping sequence to manage the seedbank.