AHRI researcher Michael Ashworth systematically collected seed heads from early flowering individuals and planted these seeds to grow the next generation of the selected population.

Collecting weed seed at harvest and crushing, composting or burning them has proved to be a very effective method of reducing the number of seeds that enter the seed bank each year. In Western Australia growers have achieved excellent results with chaff carts, baling, narrow windrow burning and the Harrington Seed Destructor, however research shows the efficacy of harvest weed seed control also applies selection pressure favouring early flowering.

Starting with wild radish plants that had not been subjected to harvest weed seed control, Mr Ashworth systematically collected seed heads from early flowering individuals and planted these seeds to grow the next generation of the selected population.

“Within five generations the population had shifted the time to flowering from 60 days to 29 days,” he says. “As a result these plants will be carrying well-matured pods at harvest, many of which will have dropped their seed, effectively evading seed capture at harvest. This is even more likely in years where there are periods of water deficit, high temperature or high wind.” 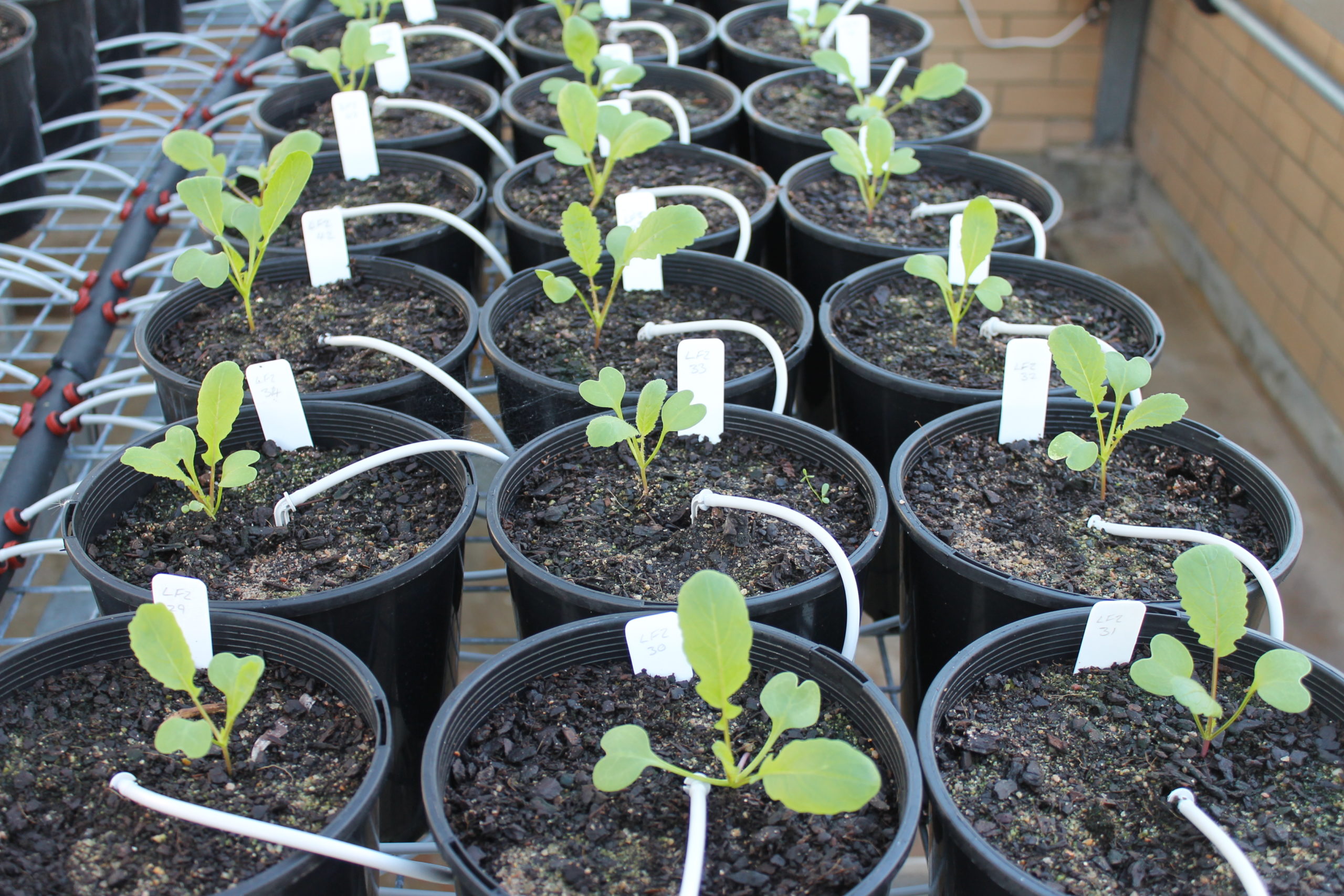 Within five generations the population had shifted the time to flowering from 60 days to 29 days, effectively evading seed capture at crop harvest time.

The rapid reduction in time required for the wild radish plants to flower is alarming but does not mean that the reduction can continue indefinitely. There are biological limits and these early flowering biotypes will be susceptible to other forms of control.

The good news is that the early flowering wild radish produced less biomass prior to flowering than the later flowering individuals, making them more susceptible to crop competition. The early flowering plants also had poor structural integrity and set fewer pods below the harvest cutting height.

“There is a level of creativity required and a constant need for researchers and growers to think ‘outside the square’ to identify and test new weed control options,” says Mr Ashworth.

AHRI communications leader Peter Newman says these findings underline the need for growers to use a spectrum of control tactics when combatting weeds in their crops.

“Weeds have an amazing ability to adapt to selection pressures, including the actions of farmers endeavouring to remove them. Herbicides, crop competition, strategic cultivation and harvest weed seed control can all be used to suppress weed numbers,” he says. “Growers using a combination of these techniques have very low wild radish numbers and are winning the war.”

Mr Newman recommends the 10 Point Plan as a good place for growers to start planning an integrated weed management course of action.