Silverleaf nightshade can be beaten

The focus of a weed control program is to run down the seed bank—doing everything possible to prevent seed set. But, what about weeds that spread vegetatively? 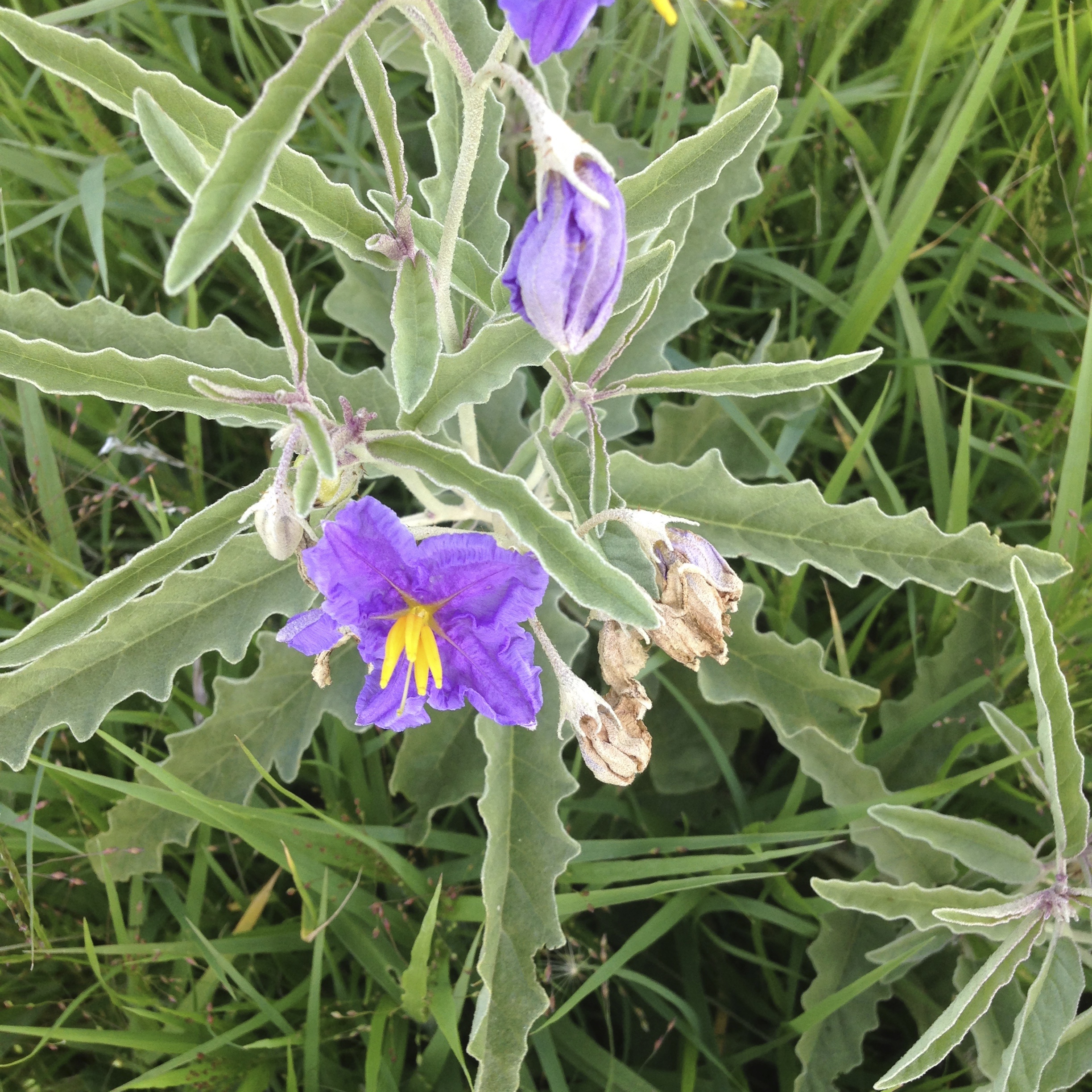 Treating silverleaf nightshade before it flowers and again when it reshoots has proven to be an effective strategy to control this difficult crop and pasture weed. Photo: Rex Stanton

What could possibly control a perennial weed with a huge network of roots that is able to produce multiple stems metres apart, propagate new plants from tiny root fragments and produce seeds that remain viable in the harshest soil conditions and in the gut of grazing animals?

These are the questions that researchers are keen to find solutions to as silverleaf nightshade infiltrates crops and pastures across southern Australia. Silverleaf nightshade infestations typically reduce crop yield by 20–40 % and render pasture unusable if it is not contained. A collaborative project between NSW Primary Industries and Murrumbidgee Landcare, with funding from Meat and Livestock Australia (MLA) and Australian Wool Innovation (AWI) is targeting silverleaf nightshade control across four states.

Project officer Phil Bowden, Murrumbidgee Landcare at Cootamundra, NSW said that silverleaf nightshade (SLN) is of increasing concern in NSW, Victoria, South Australia and Western Australia, yet many landholders are unaware of the effect of the weed or how easily it is spread.

“Silverleaf nightshade has an extensive root system, linking plants across the paddock and up to several metres in depth, making control very difficult,” he said. “It competes with pasture and crops for soil moisture and nutrients, and does not respond to the usual chemical control measures.”

The good news is that field trial results confirm that a ‘dual action’ spray program, implemented over successive years can reduce the impact of this difficult weed.

“The dual action program involves spraying silverleaf nightshade at the early flowering stage, both in spring or autumn, to prevent seed set. A follow-up spray in autumn controls re-shoots and helps run down the root reserves,” said Mr Bowden.

Several herbicides, such as picloram, glyphosate and 2,4-D amine products, are registered for the control of silverleaf nightshade. Consult with your local agronomist for advice on product choice, application rates and adjuvants, keeping in mind that application timing is more important than product choice.

Although SLN does produce a large quantity of seed, the predominant source of new stems is its rootbank. Cultivation is more likely to spread the weed than control it because fragments just 1 cm in length are capable of forming a new plant.

Trials have shown that managing smaller (<0.25 ha) or less dense infestations (less than 1 stem/m2 and less than 1 ha) will lead to a decline in the rootbank and the seedbank to the point where eradication is realistic. However, to eradicate it requires intensive monitoring and control for up to 5 years to ensure no re-infestation occurs.

Optical weed detection technology such as the Weedseeker® is worth considering when applying expensive herbicides in low density situations.

A series of workshops are planned for many of the SLN ‘hot spots’ around Australia in early spring.

For more information on SLN workshops and control strategies, contact Phil Bowden on 0427 201 946 and visit the website.