Choosing and applying the right pre-emergent herbicide can be difficult, particularly if herbicide resistance is becoming a challenge in a no-till system.

Dr Chris Preston, University of Adelaide (UA) associate professor weed management says the choice is simplified when the chemistry of the available products is understood.

“Most growers are aware of the need to incorporate trifluralin into the soil within 24 hours of application and that this chemical does adhere to stubble, which can render it ineffective if insufficient chemical reaches the soil,” he says.

Another major concern is the increasing populations of weeds that are resistant to trifluralin.

“Because of these two problems we’ve done a lot of work with industry to bring new products to the market,” he says. “Boxer Gold® and Sakura® are now available and it is important to understand the differences between how these new products work and how trifluralin works.”

The main difference between Boxer Gold® and Sakura® and trifluralin is their respective levels of solubility.

Dr Preston says trifluralin has no water solubility to speak of, which means that it won’t move from where it is applied unless there is soil movement or exceptionally heavy rain.

Wheat is not very tolerant of trifluralin but this herbicide can still be used safely in a wheat crop provided adequate chemical-to-soil contact is achieved and the chemical is not applied to soil that will come in contact with the emerging wheat seedlings.

This means planting at the correct depth and making sure that trifluralin-treated soil does not end up above the wheat seed.

Generally disc seeders displace too little soil from the seed row to make trifluralin a safe option for use.

However, if trifluralin-resistant ryegrass is present a grower will need to look at other pre-emergent herbicide options.

“Where ryegrass populations are not big or overly resistant, we’ve found that a mixture of trifluralin and Avadex® can achieve a reasonable level of weed control, particularly in areas where wireweed is a problem,” he says. “But, if the population is large or there is significant resistance to trifluralin then this strategy will not work. This has been demonstrated repeatedly in our trial work.”

This is where the new products, Boxer Gold® and Sakura®, have their place but the different chemistry needs to be understood. Dr Preston says that these new products are more soluble in water than trifluralin, Boxer Gold® more so than Sakura®. 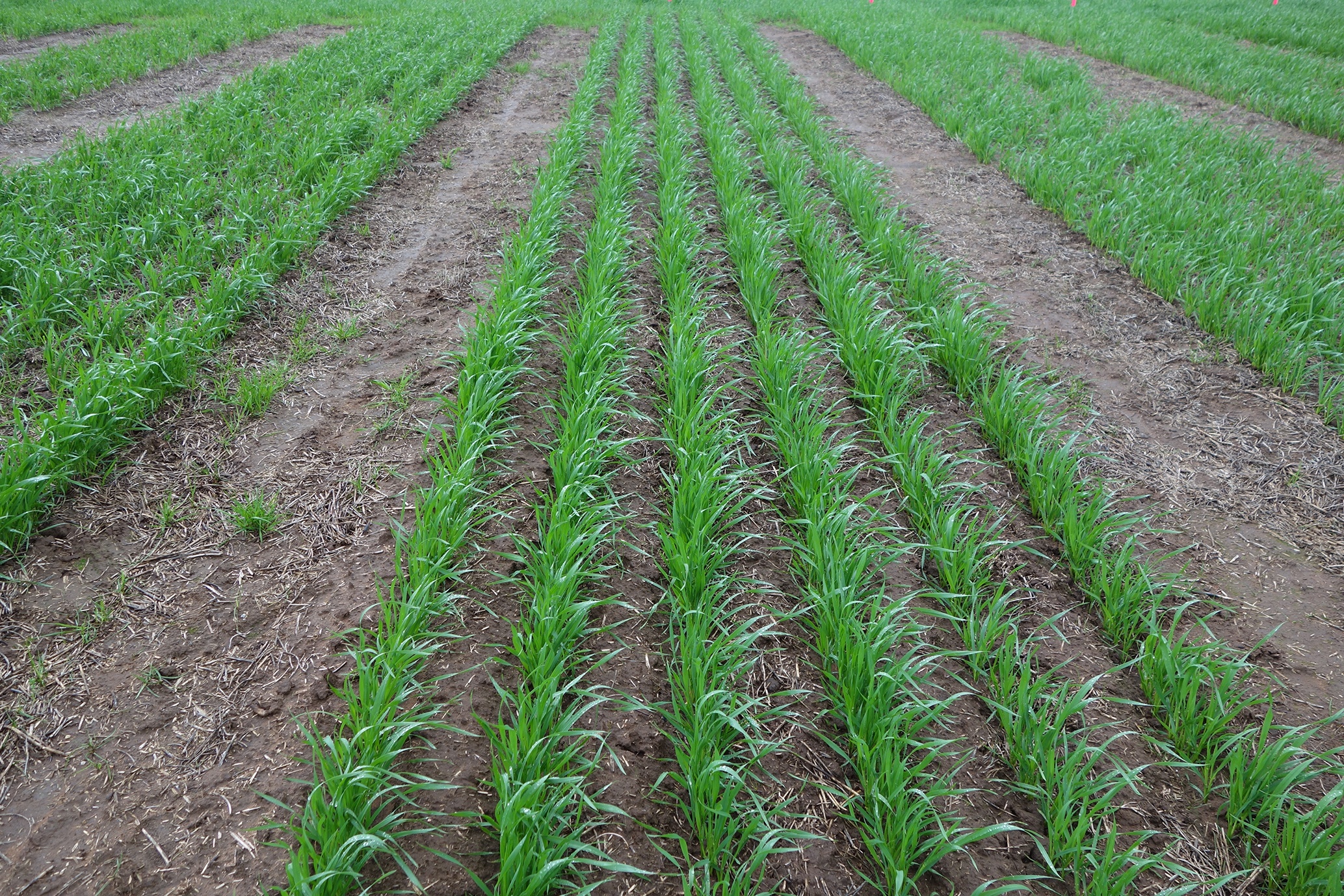 “One of the difficulties with the new chemistry is the management of the herbicide down the seed row,” says Dr Preston. “Boxer Gold® only needs about 5–10 mm of rain to wash it in and activate it, giving really good early weed control. But too much rain after application can wash the herbicide into the seed row and cause crop damage. We have found that wheat is more susceptible to damage than barley.”

He says knife-point application of Boxer Gold® works better than using a disc seeder to apply the herbicide.

“This chemical degrades fairly quickly in Australian soils, generally within a few weeks, so in longer season areas or in years with rainfall through late winter and into early spring it is likely that later flushes of ryegrass will escape,” says Dr Preston.

“The location of the crop and the level of competition needs to be considered as we have seen situations where Boxer Gold® has fallen away very badly at the end of the season, but it does provide very good early control.”

The other new product on the market, Sakura®, is also water soluble, requiring about 10–15 mm to activate it in the soil. Dr Preston says this characteristics means problems can arise if the soil is dry on the surface but there is moist soil underneath.

“What can happen is a small amount of rain might fall that is sufficient to germinate the weeds but not enough to activate the herbicide and the weeds can grow through it,” he explains. “Sakura® is also harder to get through a heavy stubble than Boxer Gold®.”

The advantage with Sakura® lies in its residual action that will continue to control ryegrass late in the season. Dr Preston says sometimes, if there is a dry start to the season after early rain, there is an escape of early ryegrass but these plants become stunted as the season progresses because Sakura® is still present and working on the weeds’ roots.

Registrations and rotations need to be carefully considered as Sakura® is only registered for use in wheat and triticale crops (not durum) and may affect following crops such as oats and durum.

Dr Preston says another important finding of the Grains Research and Development (GRDC) supported research work was that, as with trifluralin, adding Avadex® to Boxer Gold® and Sakura® often gives better control than using these herbicides on their own.

“We have seen this added efficacy consistently with Avadex®.” he says.

Growers can use the GDRC weeds app to identify weeds, and download fact sheets here.