With the cost of glyphosate sitting around $14 a litre, is it still worth spraying summer weeds?

“As Dr James Hunt’s research at La Trobe University, Victoria showed, the top foot of soil will dry out over summer, regardless of how much stubble is on the soil surface, but transpiration by summer weeds is the only mechanism that can remove water from below 30 cm,” says Peter.

In the face of high herbicide costs this season, growers who normally spray summer weeds as soon as they appear might be wondering if the benefit still outweighs the cost.

“I believe it will still be worthwhile because summer spraying preserves soil nitrogen, which is also very expensive, and the outlook for high grain prices is strong,” he said. “In 2010 to 2012, Colin McMaster from NSW DPI did some great research that showed the measurable benefit of summer weed control was $7.20 per dollar invested, at a time when both herbicide costs and grain prices were lower than they are today.”

Colin’s research showed that controlling summer weeds more than doubled the plant available water (PAW) and mineral nitrogen available at sowing. Summer weeds were shown to affect soil moisture content to a depth of at least 1.2 m and each millimetre of moisture lost to weed growth reduced mineral nitrogen levels by over 0.5 kgN/ha.

To test if the cost benefit stacks up in today’s economic environment, Peter went back to Colin’s data and factored in current prices for chemicals and expected grain prices.

“If we double the 2010-12 cost of a summer herbicide spray program and use the 2010-12 grain prices of $240/t wheat and $500/t canola, the return on investment drops from $7.20 per dollar spent on spraying, to about $3.50,” he said. “If we then increase the wheat price to $360/t and canola to $750/t, and keep the chemical costs high, the benefit cost increases to about $5.50 per dollar spent – still a worthwhile return on investment when considering just the benefit of the conserved soil moisture.”

The second big benefit to flow from summer weed control is increased soil nitrogen. Peter considered the scenario where 50 mm of summer rain falls, and by spraying summer weeds the grower is able to store about one-third, or 17 mm, for the crop to use during the growing season.

“The WeedSmart Big 6 promotes tactics to keep weed numbers low because that is the best way to tackle herbicide resistance and grow more crop,” he said. “The double-knock tactic is a highly effective tool that is worth considering, even at higher chemical costs currently affecting growers.”

Peter is encouraging growers to continue with their standard summer weed control practices, and spray summer weeds early. Even though input costs will be higher than previous years, the benefits are likely to be significant as grain prices strengthen for the 2022 season. 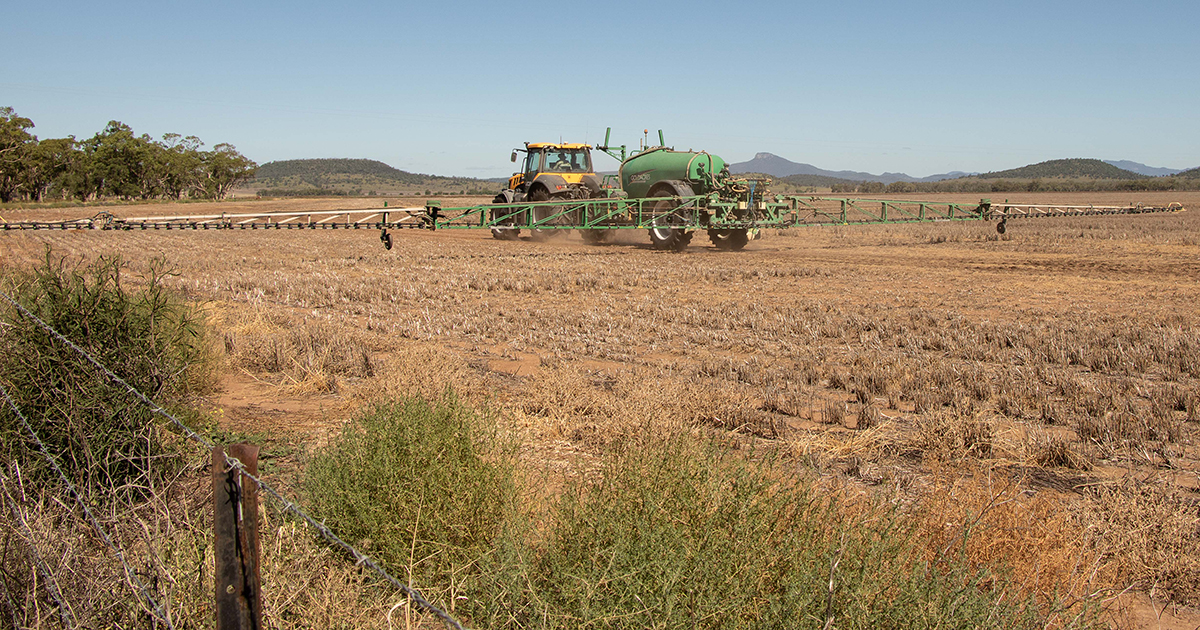