New survey-based research indicates that adoption of controlled traffic farming (CTF) in Australian grain operations is limited by low understanding of its basic principles and how they work as part of an integrated system.

This was the finding of a CTF survey in 2011 and 2012, which was the first of its kind in Australia. The findings were released in September. Of the 222 grain growers surveyed in Victoria, New South Wales and Queensland, just 33 were matching the widths of their machinery to three-metre permanent wheel tracks for all their operations with harvesters, tractors, sprayers and spreaders.

CTF Solutions chief executive officer Dr Don Yule says permanent wheel tracks are a cornerstone of CTF, so use of this practice by only 15 per cent of growers shows that CTF adoption is lower than previously thought.

National, more general CTF surveys by the GRDC in 2011 and the Australia Bureau of Statistics in 2010 revealed respectively that 19 per cent and 15 per cent of growers had implemented CTF on their properties.

“But permanent wheel tracks are basic to all CTF systems, so their limited use highlights an actual low overall adoption of CTF,” Dr Yule says.

“One set of 3m wheel tracks is a fundamental requirement in CTF operations because farm machinery and implements need to be matched to the harvester, which runs on 3m wheel spacings.”

Dr Yule says this low rate of permanent wheel track use has implications for the adoption of other CTF principles.

Apart from restricting the load bearing of farm machinery, permanent wheel tracks also provide the framework for coordinating other CTF practices, such as paddock layout, zero-till and inter-row sowing. 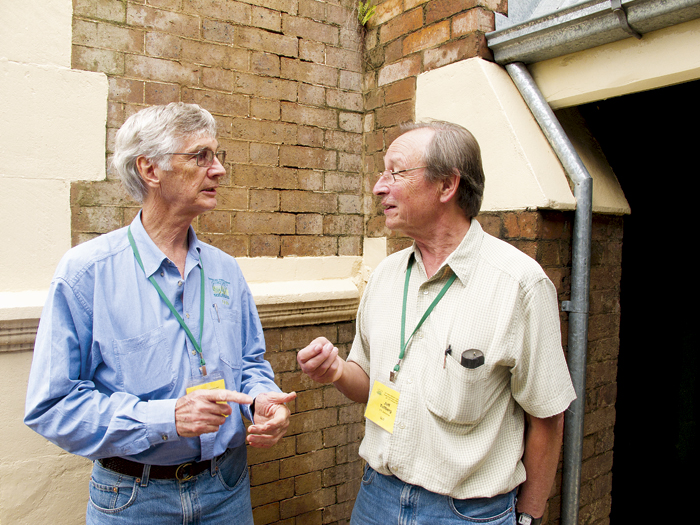 For example, good layout designed around one set of 3m wheel tracks can restrict soil compaction to less than 15 per cent of the total paddock area and improve machinery efficiency, potentially reducing fuel use by up to 50 per cent.

In addition to looking at adoption levels, the research also identified key barriers to the uptake of CTF principles.

Dr Yule says a lack of understanding of CTF as a holistic system combining five core principles was the main overall barrier to on-farm adoption.

These CTF principles, which function cooperatively, include:

“It’s not only farmers who have limited understanding of CTF practices and how they work together; it’s the agronomists and machinery and GPS sellers too,” Dr Yule says. “We’ve got a long way to go, which is a challenge.”

Other major challenges to CTF adoption highlighted by the research were limited access to information and low recognition of the potential for increased farm business profitability.

It also revealed that 22 per cent of growers were not using permanent wheel tracks due to the shape of their paddocks, trees or rocks; and 16 per cent said the cost of implementing CTF was a barrier to adoption.

The surveys were conducted as part of a Spatial Information Applications in Rural Australia (SIARA) project led by the CRC for Spatial Information (CRCSI) in partnership with CTF Solutions, the Victorian Department of Environment and Primary Industries, NSW Land and Property Information and the Fitzroy Basin Association.

Dr Yule says the barriers identified are expected to guide future stages of the SIARA project, which aims to lift the national rate of CTF adoption to 40 per cent by 2020.

This article was printed in the November/December edition of GRDC Ground Cover. You can access the GRDC Controlled Traffic Farming Fact Sheet here.