Wild oats takes a little longer to evolve herbicide resistance than some other grasses, but once resistance has occurred it is a challenging weed that requires a concerted effort to bring under control.

Although herbicide resistance has been known in wild oats since the late 1990s, growers have generally had some effective in-crop herbicide options that kept numbers at a manageable level. However, in recent years it has become increasingly obvious that Group A herbicides are no longer a viable option to control wild oats in many farming systems.

Richard Daniel, CEO of the Northern Grower Alliance (NGA) says that although wild oats is self-pollinating and is a hexaploid species (comparatively more DNA than diploid species such as annual ryegrass), attributes which have delayed resistance, there are populations in Australia that are resistant to all post-emergent herbicides registered for its control.

“Faced with less herbicide options and few cultural practices to control wild oats, growers will need to stack control tactics that work in their farming system,” he says. “Canadian research has demonstrated the value of stacking tactics such as crop rotation plus high seeding rates plus a competitive cultivar to control wild oats.”

Richard says the most valuable tool growers have in the northern grains region is the ability to summer crop. He recommends a summer cropping phase to break the cycle and drive down numbers in the wild oats seed bank.

“Two consecutive winter fallows gives the best opportunity to control wild oats,” he says. “A single winter fallow and then double cropping back to a winter crop does less than half a job, particularly if the paddock is sown to chickpea.”

“Chickpea poses a higher risk because it is generally less competitive against wild oats. This risk can be reduced if the chickpea crop is sown later, which gives the grower the opportunity to apply a winter fallow weed control treatment on the first germination of wild oats to give the crop a competitive advantage.”

What is the most effective crop rotation to combat dense populations and resistant wild oats?

Longer answer: For best results, implement a summer cropping phase that allows for winter fallows on both sides of the summer crop/s to control wild oats.

For this strategy to be effective for wild oats management, it is important to avoid planting the summer crop too early where there is a risk of a late flush of wild oats emerging after planting.

When returning to a winter crop, consider sowing a competitive crop such as barley first. Position chickpea carefully within the rotation, aiming to only sow chickpea into paddocks with low wild oats numbers.

Although wild oats is a prolific seed producer, about 75 per cent of seed is depleted within 12 months of entering the seed bank. This means that consistent pressure on the seed bank is a very effective control measure and large populations can be run down in 3–5 years if seed production is prevented. 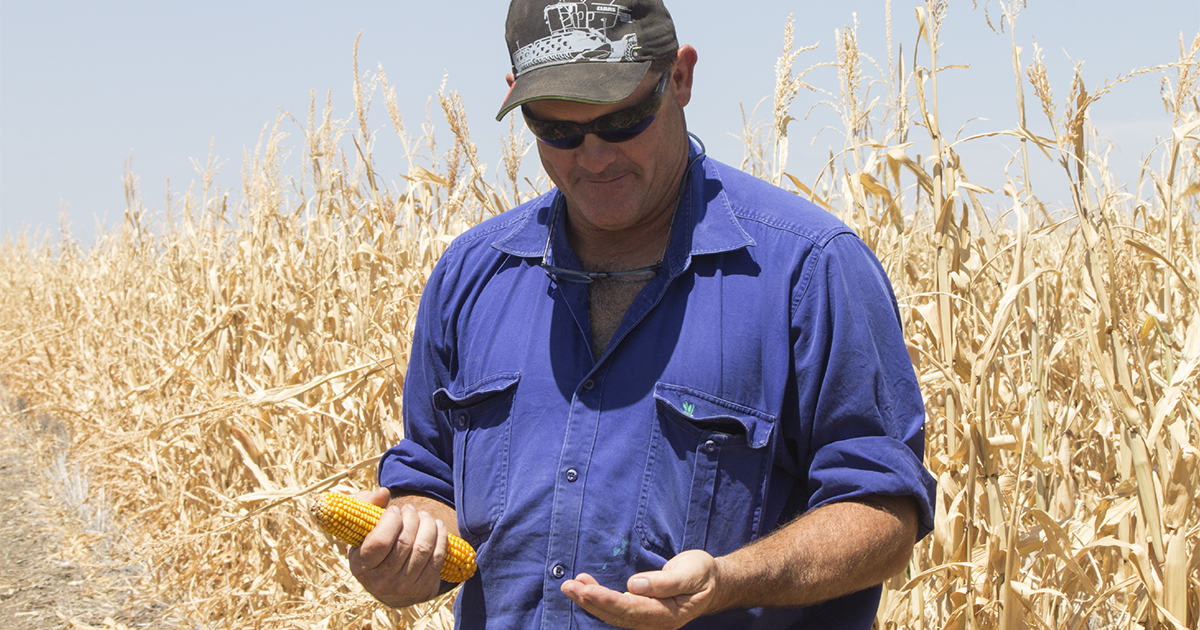 A summer crop phase between two winter fallows is an effective tool to drive down wild oats numbers, allowing more options in the next winter crop season.

How can I reduce the risk of wild oats escapes in chickpea crops?

Longer answer: In-crop herbicides are limited to Group A in chickpea and there is widespread resistance to this mode of action in wild oats. This means that residual (pre-emergence) herbicides can be important to provide early weed control. Delayed sowing is another useful tactic that generally does not come with a yield penalty in chickpea. By delaying sowing the grower has the opportunity to apply a fallow management tactic to the first, and largest, germination of wild oats seed. Delayed sowing may have other benefits in restricting early crop biomass production and avoiding flowering during conditions when temperatures are too cold for pod set to occur.

Any effort to improve crop competition, such as narrower row spacing, will be rewarded with reduced weed biomass and seed set.

Wild oats can out-compete chickpea and deposit copious amounts of seed in the seed bank if left unchecked.

What are the best tactics to control wild oats escapes?

Longer answer: Wild oats tends to establish in patches, which are particularly easy to see in chickpea crops. Use as many tactics as possible to keep weed seed set to a minimum, using non-Group A herbicides, harvest weed seed capture and even a longer (2 or 3 years) summer cropping phase. Each of these tactics on their own may only provide 50 to 60 per cent control but when applied in close succession they are likely to effectively control weed numbers. Swathing is one harvest weed seed control tactic that is used to good effect in cereals and although difficult to implement, wick-wiping with glyphosate in chickpeas is another option to consider to prevent seed set late in the winter crop phase. Infrequent but intense cultivation may also be an option for growers to regain control on a paddock or patch level.

Windrowing barley is an effective strategy to prevent seed set in wild oats.