Read time: 4 minutes
Resources / Articles / Ask an Expert / What are the ‘mix and rotate’ options for in-crop herbicides?

What are the ‘mix and rotate’ options for in-crop herbicides?

Chances are you have a suite of herbicides that are your ‘go-to’ products for weeds growing in-crop. Chances are you use them regularly because they work.

Jason Sabeeney, Technical Services Manager at Syngenta Australia is challenging growers and advisors to consider breaking established patterns and to start using as many herbicide modes of action as possible in their weed control program, at least on part of the farm. 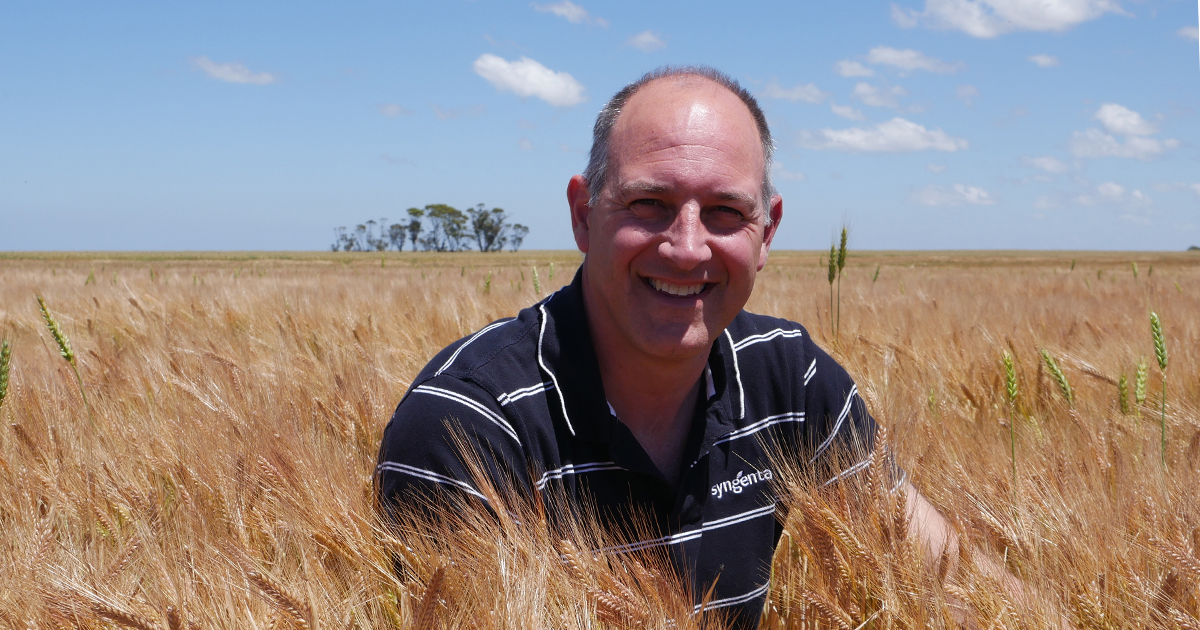 Jason Sabeeney, Technical Services Manager at Syngenta Australia is challenging growers and advisors to consider breaking established patterns and to start using as many herbicide modes of action as possible in their weed control program, at least on part of the farm.

“There are many options available and many considerations when it comes to planning an effective in-crop herbicide program,” he says. “The heavy reliance on mainly Group B and I herbicides for broadleaf weed control in cereals, and on Group A and B grass selectives, is putting great pressure on high resistance risk chemistry.”

There are currently 46 approved herbicide active ingredients or mixes for broadleaf weed control in cereals, spanning seven herbicide modes of action (MOA). Almost three-quarters (34 out of 46) of these actives are from herbicide Groups B (e.g. SU herbicides) or I (e.g. phenoxy herbicides).

Instead of one application with one herbicide mode of action, Jason is urging growers and agronomists to employ multiple modes of action in-crop, apply herbicides at the optimal times and integrate non-chemical weed control methods that prevent weed seed set.

“Unfortunately, in-crop herbicide application frequently involves making compromises when it comes to efficacy and logistics,” Jason says. “With large spray programs the temptation is to use wider gear and travel faster to get across the area as quickly as possible.”

“There is also the temptation to minimise the number of passes by adding multiple products into each tank mix and to wait for a second or even third flush of weeds to emerge before spraying. These can be high risk practices that can compromise the efficacy of the herbicide treatments.”

While understanding the constraints, Jason is recommending that growers and agronomists focus on maximum product efficacy and reducing the weed seedbank when making spray decisions. He says this approach will reduce the risk of weed blow-outs and slow the pace of herbicide resistance.

“The WeedSmart Big 6 includes a range of herbicide and non-herbicide tactics that can be implemented in-crop to minimise weed seed set. Mixing and rotating in-crop herbicides is just part of the bigger strategy,” he says.

Can I just add more modes of action to the tank mix?

In brief: Not necessarily; but some herbicide mixes could be a very good option.

The details: Herbicide mixes of multiple modes of action can be useful to broaden the spectrum of weeds controlled and to assist with resistance management. If used in rotation with other herbicide options these products add to the diversity, increase overall weed control and reduce weed seed set.

The compatibility of herbicides, and other agricultural chemicals that might be added to the tank, such as insecticides, fungicides and trace elements, is not just about their physical compatibility. Conducting a jar test will show if the mix can be made without forming a glug or precipitate, but it doesn’t tell you if the efficacy of the individual products is maintained, or if it is safe to the crop.

Using a proprietary mix or one that is recommended on label takes out the guesswork because the mix has usually been thoroughly tested for biological compatibility, crop safety and weed efficacy within the prescribed use pattern.

Do I need to treat broadleaf herbicides products differently?

In brief: Yes, understand the mode of action. Consider how each product works and the conditions and application parameters that maximise performance.

The details: Contact herbicides, for example mixes containing bromoxynil (Group C), carfentrazone (Group G) and diflufenican or picolinofen (Group F) are most effective when applied early in the season and onto small weeds (2 to 6 leaf stage). Contact herbicides rely on good weed coverage, which is best achieved before the crop canopy begins to shade the weeds. Light and temperature also play a significant role in activity of these products. These products are often combined with another mode of action like Group H, C, F or I to broaden the spectrum and or assist with coverage.

On the other hand, herbicides in Groups I and B are systemic, so whilst it is always best to target smaller weeds with good coverage, some of these products perform well even if sprayed later in the season and they are generally effective even on larger weeds.

What about using tank mixes for grass control?

In brief: The registered options for grass control post-emergent are primarily Group A and B herbicides, along with early post-emergent group J.

The details: Group A and B herbicides are generally very effective where there are still susceptible grass populations, but both have a high risk of evolving herbicide resistance. As a rule, Group A herbicides perform best when applied alone rather than mixed with broadleaf herbicide options. For example, a tank mix of Group A + some Group I herbicides is often antagonistic, resulting in a 10 to 30 per cent decrease in grass weed control compared to applying the Group A herbicide on its own.

For early post-emergent application, Boxer Gold (Groups J + K) can be tank mixed with broadleaf herbicides but it is generally accepted as suppressing, rather than controlling, grass weeds such as annual ryegrass.

The grass selective herbicides are very responsive to adjuvants and environmental factors. The recommended adjuvants will be listed on the label and it is important to follow these instructions to optimise efficacy. Whilst resistance is widespread to Group A and B chemistry in grass weeds, environmental conditions such as frost, waterlogging and drought can have a significant impact on performance of these herbicides, and resistance is sometimes mis-diagnosed as the cause of product failure.
Integrated weed management practices including non-herbicide tools, such as crop competition, harvest weed seed control and cutting for hay, are essential components in the grass weed control program, particularly in seasons where the pre-emergent herbicides don’t perform to their full potential.