No till, continuous cropping has seen some huge productivity gains in Australian agriculture however herbicide resistance in weeds is a real Achilles Heel.

Simon Falkiner, research consultant with Falkiner Ag says the rapid increase in herbicide resistance in the high rainfall zones is alarming and he recommends that growers seriously consider the value of pasture and fodder crops to regain control.

Simon Falkiner says herbicide resistance has occurred faster in the high rainfall zone of south-western Victoria than many growers realise. He suggests growers consider including a fodder crop in the rotation to drive down weed numbers in just a few years.

“There is no doubt that some growers are losing money on weedy crops,” he says. “Herbicide resistant weeds can and do cause negative gross margins even in harvestable crops.”

“Fodder crops are a seriously good option to clean up weedy paddocks and still generate income. For most growers, reintroducing livestock of their own or on agistment will take best advantage of the buoyant livestock market. Where the property is located close enough to dairies, feedlots or an export market, making hay or silage is another option.”

A two-year fodder or pasture phase with grazing and harvesting biomass prior to weed seed set will remove over 90 per cent of annual ryegrass seeds from the seed bank. Gaining control of wild radish takes longer due to the longevity of the seed in the soil however the same principles apply — do everything possible to stop seed set.

“There are several ways to make fodder and pasture production a profitable part of a cropping enterprise,” says Mr Falkiner. “Grazing offsets the cost of taking a paddock out of grain production but has little impact on weed numbers. The whole benefit for managing herbicide resistant weeds lies in controlling the late germinating in-crop weeds that survive grazing and chemical applications, and preventing them from setting seed.”

What is the best method to stop weed seed set in a fodder crop?

Short answer: The method doesn’t matter; just the timing and a double knock.

Longer answer: Hay, silage, spray-topping and green and brown manuring are equally effective at controlling annual ryegrass. It is essential that the crop is ended before the annual ryegrass sets any viable seed. If some viable seed is present, then silage is a safer option than hay to avoid transporting weed seeds to other locations. The correct timing of the operation generally does not allow for a grain or oilseed harvest. Using the feed on farm is the most profitable option at the moment and, as many growers say, the hay market can be very fickle. 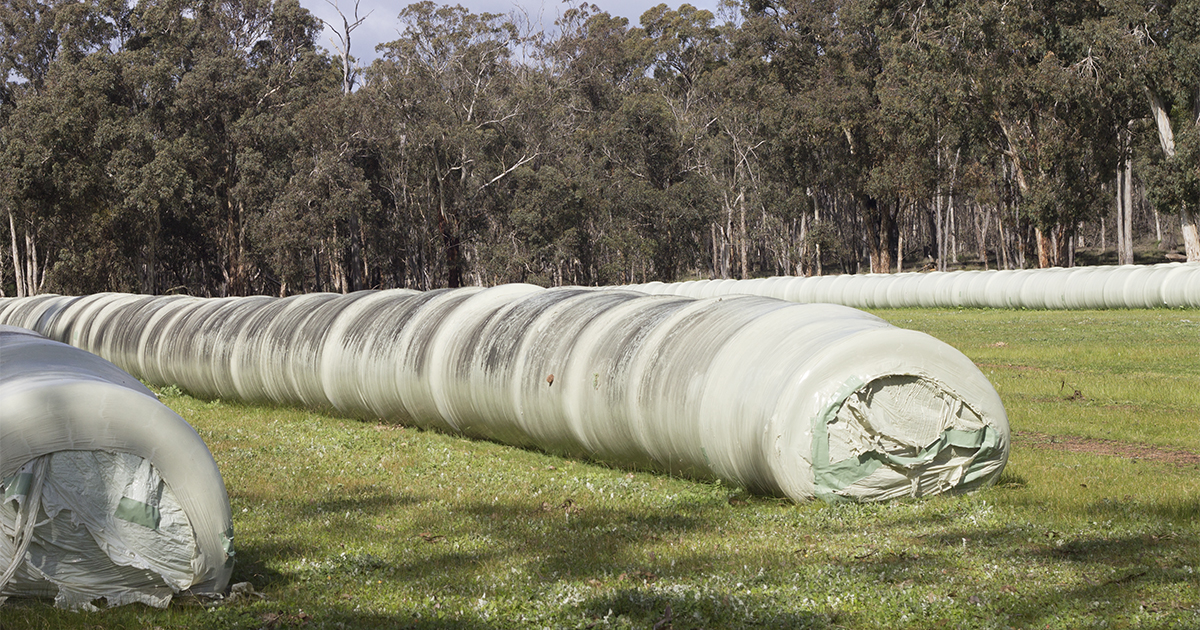 Grazing animals do not play a direct role in the management of weeds. The real benefits lie in using the crop to generate income through livestock production and or harvesting the biomass before the weeds have set viable seed.

Which fodder crops and pastures are the best for weed management?

Short answer: The choice of crop, and the management of the crop itself, is less important than the timing of the operation to prevent seed set in weeds.

Longer answer: The choice of fodder species may take many things into account such as improved soil fertility, the range of in-crop herbicide options, livestock preference, marketing opportunities, biomass production and so on. Arrowleaf clover and perennial ryegrass converted to silage and brown manured Balansa clover and field peas all provided an 89 to 91 per cent reduction in annual ryegrass numbers. Forage oats (silage) and serradella (brown manure) were less useful for weed management but still achieved weed reduction over 80 per cent.

How does fodder cropping compare to chemical fallowing or burning stubble for weed control?

Longer answer: Fodder cropping provides more opportunities to include non-herbicide tactics into the cropping rotation. In the high rainfall zone, moisture conservation is less of a priority than in lower rainfall zones, allowing both summer and winter fodder cropping options, which can help drive down the seed bank. Even in high stubble load conditions, stubble burning does not generate the high temperatures for long enough to kill enough weed seeds on the soil surface. There is no doubt that weedy crops cost growers money, and even generate negative gross margins – a two-year break from cropping in paddocks infested with herbicide resistant weeds could be exactly what’s needed to solve a very costly problem.