Advances made in weed recognition technologies

Blanket spraying of herbicides in low weed density situations could become a thing of the past in Australia as new weed recognition technologies enable site-specific weed control in-crop.

Just as Australia led the way with the development and adoption of ‘green-on-brown’ weed detection and spot spraying in fallow situations, now Australian researchers are developing technologies that will deliver ‘green-on-green’ weed recognition and targeted control in-crop.

Imagine a machine that can identify one weed species from another and apply the best treatment to each weed, even in-crop. While expert human brains can make these differentiations and decisions relatively easily, training artificial intelligence technologies to do the same thing is challenging.

With investment from GRDC, a team of researchers led by Dr Michael Walsh, director weed research at the University of Sydney, have recently completed the pilot phase of crucial work that will underpin future developments for machine learning in weed recognition. 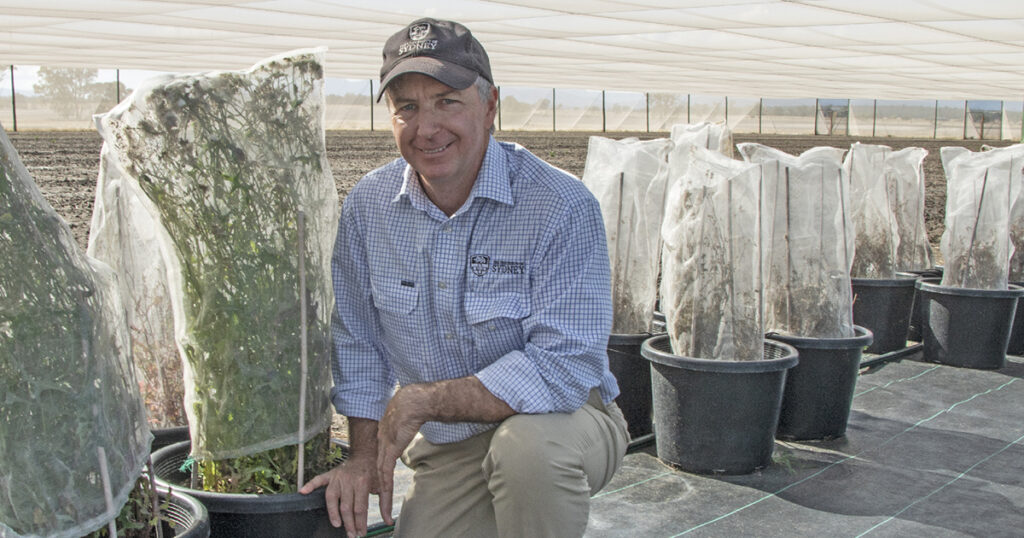 Dr Walsh says there are several commercial interests developing machine learning technologies for site-specific weed control in Australia, but they all need access to a collection of relevant images to essentially ‘train’ computers in the development of weed recognition algorithms that can differentiate between crop and weed plants.

“We have set out to establish protocols for collecting and annotating images that will be stored in an open-source database that anyone with commercial or academic interests can contribute to and also use for future developments in this technology,” he says. “The pilot project has centred on collecting images and developing weed recognition algorithms to detect representative grass and weed species in wheat and chickpea crops.”

The WeedAI database currently contains thousands of images of annual ryegrass and turnip weed growing in chickpea and wheat crops. These images have been manually annotated and used to develop and test weed recognition algorithms for their accuracy in correctly identifying weeds growing in-crop.

“The images are all high quality, with annotation outlining the weed shown in the image and notes about the agricultural context, such as soil colour, location, crop type, and growth stages of the crop and or weed,” he says. “We are hoping to fast-track developments and take advantage of the machine learning technologies that have capability to accurately recognise and locate in-crop weeds to ultimately provide growers with the opportunity to specifically target these weeds with a range of weed control options.” 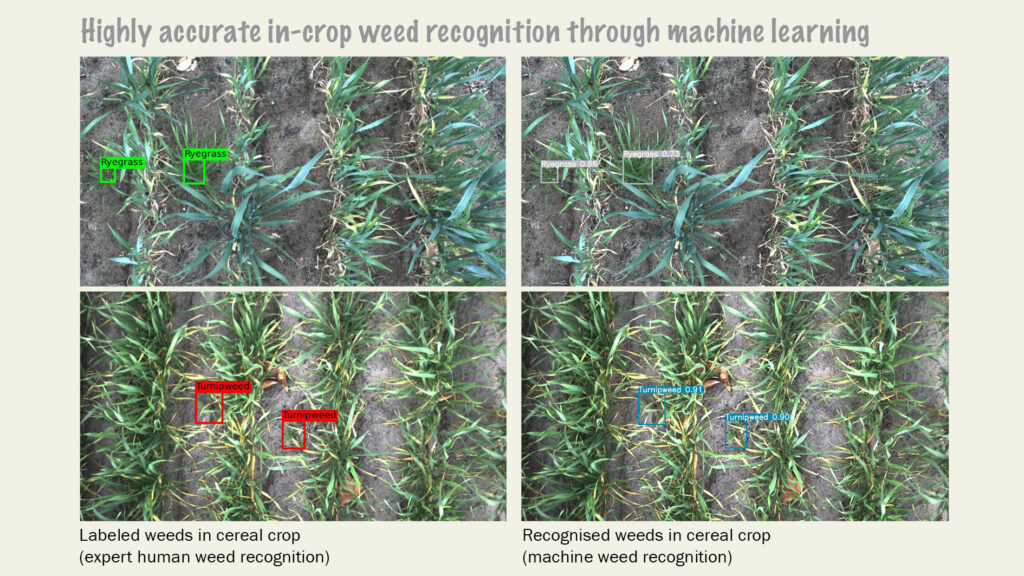 “We are hopeful that this will give growers access to a range of novel chemical and non-chemical weed control technologies that will add to the existing options available for in-crop weed control. This might include herbicides that are currently too expensive for blanket spray application.”

Dr Walsh says Australia is leading the way in developing weed recognition technologies for grain production systems and he believes the open-source database will reduce replication of effort and encourage technology companies to address more challenging scenarios, such as recognition of grass weeds in cereal crops.

Like the optical spray technology that brought tractor-mounted spot spraying to fallow management over 20 years ago, the green-on-green in-crop weed recognition systems in-crop will be used for site-specific weed control in situations where weed density is already quite low.

“At densities of less than one weed per 10 square metres, the area sprayed with herbicides would be 70 to 80 per cent less than when a blanket spray is applied,” says Dr Walsh. “The opportunities to introduce different herbicide modes of action or alternate methods of weed control such as targeted tillage or laser treatment can also be considered to reduce the risk of herbicide resistance.”

Ground speed is the enemy of real-time weed recognition systems, as accuracy increases considerably with speeds slower than those currently used for blanket spraying. With increasing computing processing speeds the expectation is that in-crop weed recognition systems will be accurate at 10 to 15 km/h. The introduction of autonomous platforms is reducing the need for higher speeds, and with a light source there will be the opportunity for round-the-clock operation of weed recognition equipped site-specific weed control systems.

A number of commercial companies are bringing in-crop spot spraying to market and were on-hand at WeedSmart Week, Esperance to showcase their technology in 2021. Ben White, Kondinin Group’s research manager will host the machinery session with spray and harvesting gear on display including Goldacres’ G6 Crop Cruiser series 2, weed detection technologies using drones, weed identifying cameras (green on green) and a range of harvest weed seed control options including impact mills from Seed Terminator, Redekop and iHSD (both hydraulic and belt-driven) and the Emar chaff deck.