Every locality has its own spectrum of weeds, and growers face different opportunities and challenges regarding the control tactics they can employ.

The WeedSmart Big 6 approach is a practical way to ensure that an integrated weed management program is put in place that disrupts weed seed production and the evolution of herbicide resistance.

Commencing in January 2021, Jana Dixon has joined the WeedSmart team of extension agronomists, with a focus on applying the Big 6 to manage weeds in the high rainfall cropping systems of southern Australia – from Esperance in WA to south-eastern SA, Tasmania and south-western Victoria.

Jana will add to the dedicated and experienced extension agronomists on the WeedSmart team with Peter Newman in the Western region, Chris Davey in the South, Greg and Kirrily Condon in the East and Paul McIntosh in the North. 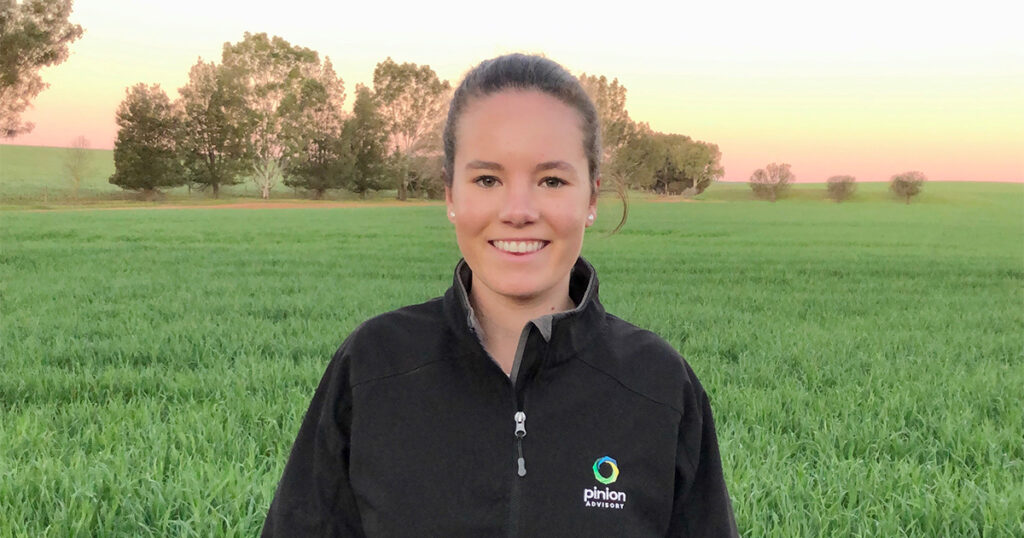 Jana Dixon has joined the WeedSmart team of extension agronomists, with a focus on applying the Big 6 to manage weeds in the high rainfall cropping systems of southern Australia – from Esperance in WA to south-eastern SA, Tasmania and south-western Victoria.

Jana hails from the Mid North of SA, and began working at Pinion Advisory (previously Rural Directions) while she was studying agriculture at the University of Adelaide. She has been employed full-time at Pinion Advisory since January 2019 as an agribusiness consultant, based in Clare, and spends most of her time delivering agronomy and farm business advice to clients from a wide range of cropping regions in South Australia.

Pinion Advisory is a foundation WeedSmart sponsor and Jana has been involved in two WeedSmart Week events already – the first as a participant and grower group organiser at the Horsham event in 2019 and then as the local organiser for WeedSmart Week 2020 in Clare.

“Growers in the southern high rainfall zones are facing some serious issues with herbicide resistance influencing their farming decisions,” says Ms Mayer. “Jana will be engaging with agronomists, growers and researchers in each of the distinct high rainfall zones to understand the complexities and look for practical ways to apply the WeedSmart Big 6 in various cropping scenarios.”

“We plan to deliver WeedSmart Week in Esperance, part of Western Australia’s high rainfall cropping zone, in August 2021 and Jana will play a key role in the planning and delivering of our annual 3-day flagship event.”

Jana says her experience with the WeedSmart program has been very positive and she has been particularly impressed with the support the program has from all sectors of the grains industry. 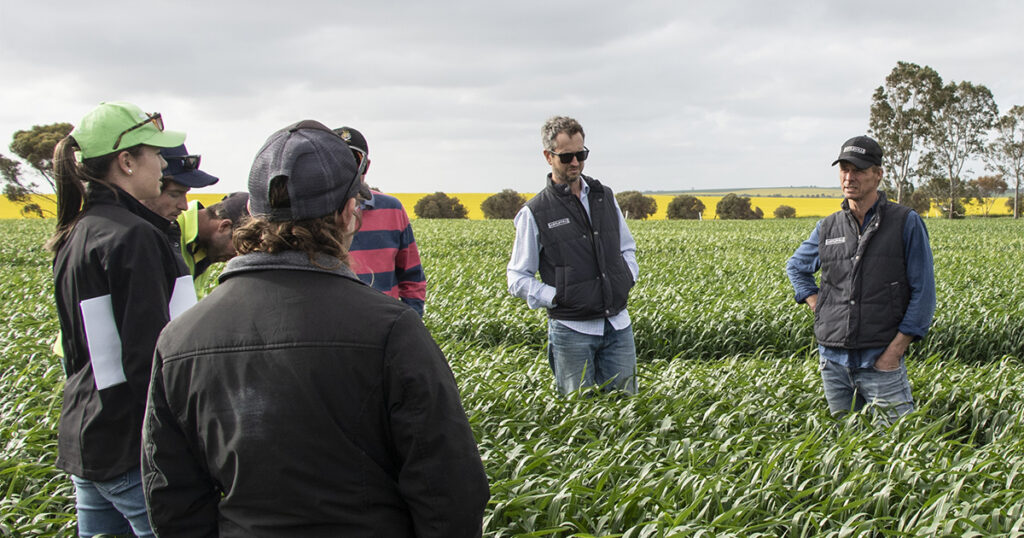 “I have spoken to many growers and agronomists who have found real value in the information that the WeedSmart program delivers,” she says. “For many it is as much about considering another operator’s philosophy on dealing with weeds, and taking a fresh look at their own systems, rather than just learning about a new tactic or the traits of a new herbicide in isolation from the big picture.”

She says the high calibre of industry people who contribute their time and expertise to the program is testament to the value WeedSmart has to agribusiness, growers, agronomists and researchers alike.

In taking on the responsibility for delivering information tailored for the high rainfall zones Jana says she is pleased to have an extensive network of contacts through Pinion Advisory, with offices in a number of high rainfall areas to provide easy access to local agronomists and growers. She is also aware that there are major differences in weed spectrums and farming systems in each high rainfall zone and plans to take full advantage of the opportunity this role presents to expand her understanding of different approaches to weed management.

“The long and favourable growing season and the associated prolonged periods of weed germination, is a key factor that I see potentially impacting on a grower’s weed management strategies in these regions,” she says. “On the other hand, access to highly diverse rotations and a focus on crop competition are two strategies that can play an important role in achieving excellent weed management in these regions.”

“I am keen to engage with anyone working and farming in the high rainfall zones to build my knowledge and understanding,” she says. “And to create opportunities to develop and extend the WeedSmart Big 6 strategies, both herbicide and non-herbicide, that work in each area and in different situations.”

WeedSmart is the industry voice delivering science-backed weed control solutions with support from the Grains Research and Development Corporation (GRDC), major herbicide, machinery and seed companies, and university and government research partners, all of whom have a stake in sustainable farming systems.