What are the best herbicide mixing strategies for winter crops?

Mixing pre-emergent herbicide groups is known to extend the effective life of all the mixing partners, and is even more important than simply rotating herbicide modes of action. Mixing can even breathe new life into herbicides that appear to have ‘run out of puff’.

Agrivision agronomist, Tim Pohlner, says it is well worth the effort to review and fine-tune your pre-emergent and in-crop herbicide plan for the coming season and beyond to make sure you get the best bang for buck. 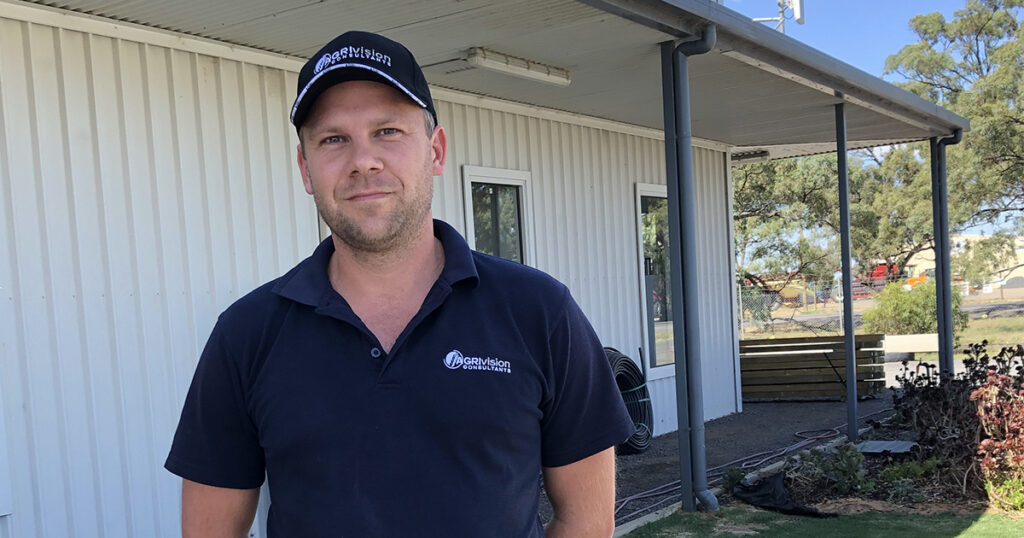 Tim Pohlner, Agrivision says it is important to keep as many options as possible ‘alive’ as viable tactics to use in a diverse program.

“Effective weed control underpins profitability and while doing a good job may cost more there are rewards in productivity and profitability in keeping weed numbers low,” he says. “A robust pre-emergent mix has a two-fold benefit in providing early weed control while the crop is small, as well as reducing the pressure on in-crop herbicides.”

“It is important to keep as many options as possible ‘alive’ as viable tactics to use in a diverse program,” says Tim. “Herbicides can’t do all the work on their own and need the support of cultural practices as well.”

“Mixing and rotating herbicide groups is one of the WeedSmart Big 6 tactics to reduce weed pressure and prolong the useful life of current chemistry,” he says. “There is strong scientific evidence for the value of mixing pre-emergent herbicides whenever possible, provided all the necessary precautions are met.”

*Always read the label and check with your agronomist for compatibility before mixing and applying agricultural chemicals.

What’s a good pre-emergent strategy for wheat and barley?

In brief: Mix trifluralin with a partner for better weed control.

The details: Trifluralin is no longer an option as a stand-alone herbicide against ryegrass. Application rates increased over time in response to increasing resistance but the release of Boxer Gold and Sakura have offered alternative chemistry that partner well with trifluralin. Rotating compatible mixes prolongs the life of all the applied chemistries.

Including trifluralin in a herbicide mix with Boxer Gold, Sakura or prosulfocarb broadens activity on more weed species and extends the length of control into the growing season.

Some tried and true pre-em mixes for cereals are:

(Diuron can be added to all of the above)

Recently, several new pre-emergent grass herbicides have been released into Australia, providing additional rotate and mix options. Luximax (Group T / Group 33) was a new herbicide group to broadacre agriculture in 2020. Luximax is only registered in wheat and should be applied IBS in front of a knife point press wheel. BASF strongly recommends that the wheat seed has 3 cm of soil covering to minimise crop damage.

What is the best mixing strategy for break crops?

In brief: In break crops there are opportunities to mix pre-ems and then to use a mix of in-crop grass selectives.

The details: Widespread resistance to Group A (Group 1) herbicides has changed the way break crops are grown and made it essential to have a strategy in place for ryegrass control. In some situations, it may be worth considering growing a legume that allows a substantial knockdown e.g. field peas, chickpeas.

Mixing trifluralin with propyzamide improves overall grass control when applied pre-emergent and incorporated by sowing. Propyzamide can also be mixed with Simazine or Terbyne at robust rates.

Ultro is a new pre-emergent grass herbicide for pulses for 2021. Ultro is a Group E (Group 23) and will give a new option for ryegrass control and provides better control of brome grass and barley grass than many other pre-emergent options. Ultro has good water solubility, enabling good weed control even in marginal breaks to the season. Ultro can be mixed with most other pre-emergent herbicides.

In-crop, clethodim is still a cornerstone herbicide for grass control in break crops. To maximise effectiveness, avoid applying when the weather is cold or frosty, establish dense, competitive crops, use pre-ems to reduce weed pressure, apply robust rates and mix clethodim with Factor (butroxydim) or Intervix / Intercept over IT canola and XT lentils and beans. Implement crop topping prior to harvest to stop weed seed set in late germinating weeds.

What makes a good herbicide mix?

In brief: Two or more compatible herbicides, each at full label rate for the target weed.

The details: Additionally, there should be no (or low) resistance to the individual herbicides in the mix, no antagonism between the herbicides, the products must be chemically compatible when mixed and the mix must be safe to the crop and cost effective.

The aim of the weed control strategy should be to target zero weeds. Make the most of the rotational options available in your growing region and use cultural practices as well as herbicides to reduce weed numbers.

Avoid rotating to an inferior product because that will inevitably result in a weed blow-out. However, don’t discount a herbicide even if you know the weeds present have a level of resistance. Mixing this less effective herbicide with another mode of action will often improve the outcome.

Mixing herbicides may increase production costs but you can be confident that the reduced weed burden will increase production and profitability. With a little forward planning it is usually possible to solve the majority of weed issues that are encountered. 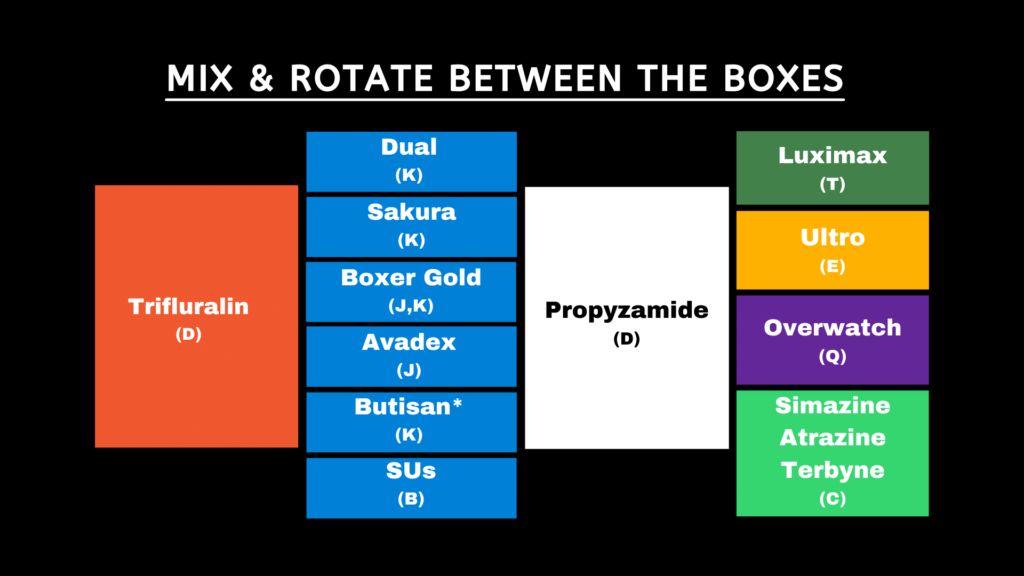 Watch Tim Pohlner’s presentation at WeedSmart Week 2019 (please note that new products have since been released):