What are weeds costing the grains industry?

In the last 15 years there have been some incredible changes in Australian farming systems and practices. These changes have also had an impact on the weed spectrum on many farms and the control options that farmers are implementing.

Dr Rick Llewellyn, CSIRO is a farming systems researcher interested in reducing the economic impact of weeds on Australian farms. He and a team of researchers and analysts have just completed a comprehensive study that shows how weed management has changed since the last major industry-wide study conducted 15 years ago by the Weeds CRC.

“Over this time there has been a major shift to no-till, large increases in herbicide resistance and some important new weed problems have emerged. Our study measured the economic impact weeds have on Australian grain farms,” says Rick. “Despite our relatively conservative assumptions, weeds are costing the grains industry even more than we had expected.”

“As paddock surveys also show, Australian farmers are doing well to keep weed densities low, but to achieve this they are needing to spend more and implement a larger number of weed management tactics,” he says. “The overall cost of weeds to Australian grain growers is estimated to be $3.3 billion, or over $140/ha in expenditure and losses.” 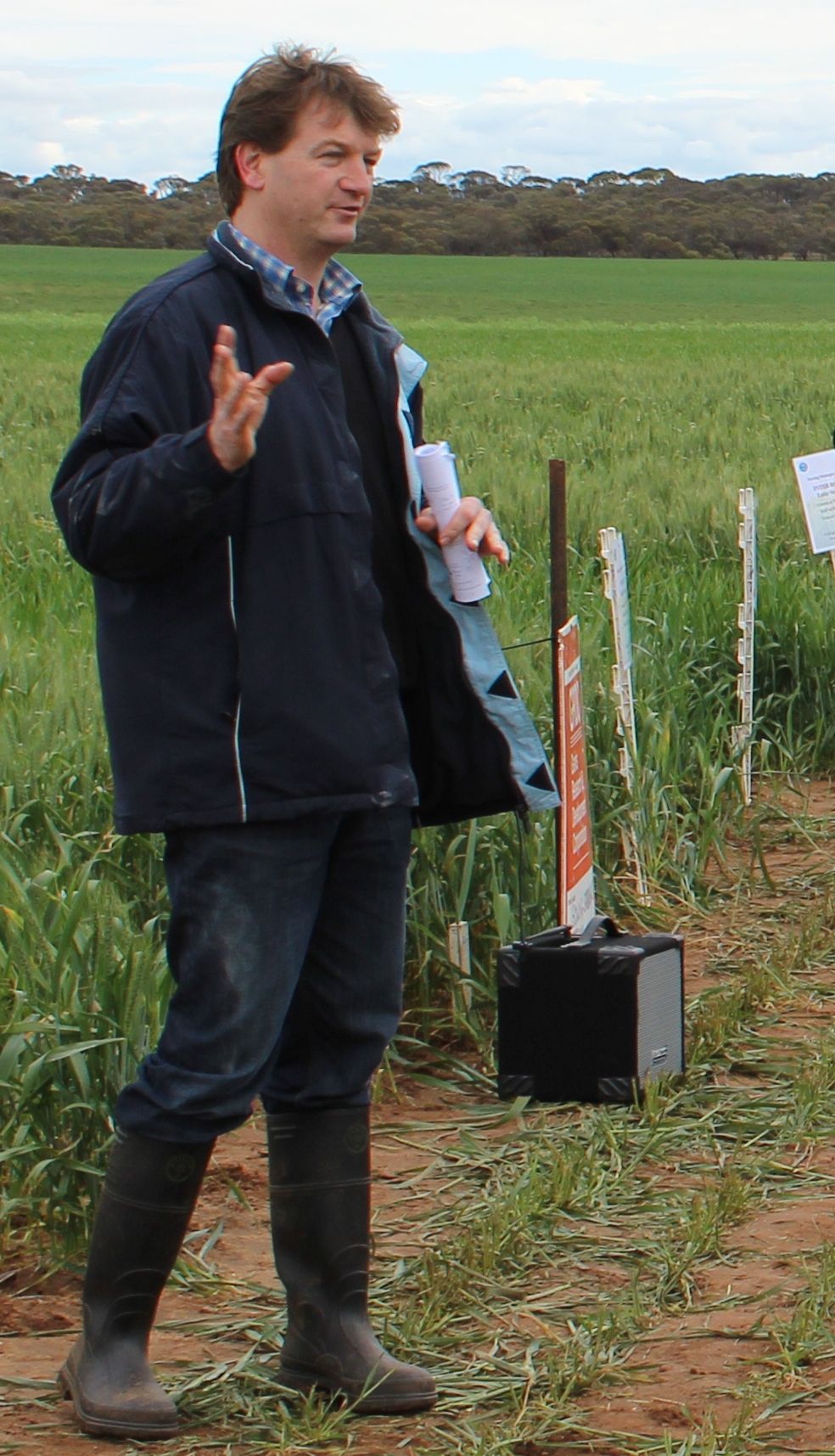 Dr Rick Llewellyn, CSIRO is a farming systems researcher says the overall cost of weeds to Australian grain growers is estimated to be $3.3b, or over $140/ha in expenditure and losses.

This GRDC-supported research includes the cost of yield loss due to in-crop and fallow weeds, weed control costs including herbicide and non-herbicide practices and grain contamination costs. The analysis showed that weed control costs, rather than yield losses, currently account for about three-quarters of the total economic impact of weeds on Australian grain growing businesses.

The study covers the 13 major agro-ecological zones across the Western, Southern and Northern grain growing regions and the major crop types of wheat, barley, oats, canola, pulses and grain sorghum.

Annual ryegrass is widespread across Australia and prone to herbicide resistance, so it accounts for the highest overall cost to Australian grain production but several other weeds are becoming increasingly costly to growers.

What is the best time to invest in weed control?

Short answer: In the fallow.

Longer answer: The study estimates $487 million is spent on fallow weed control however weeds in fallows are still estimated to be costing over $430 million through reduced yields in the following crop. This suggests that improved fallow weed management could generate the best ‘bang for your buck’.

What weeds are costing Australian farmers the most?

Longer answer: Annual ryegrass is widespread across Australia and prone to herbicide resistance, so it accounts for the highest overall cost to Australian grain production. Despite serious increases in resistance in other weeds, the cost of herbicide resistance in ryegrass remains greater than the cost of resistance in all other weeds combined. Wild radish, wild oats, brome, wild turnip, barnyard grass, feathertop Rhodes grass, fleabane, sweet summer grass, melons and caltrop all feature among the most costly in different regions.

Short answer: Yes, there is widespread adoption of IWM practices. Recently there has been rapid adoption of narrow windrow burning and double-knock.

Longer answer: Adoption of IWM practices has been greatest in WA, where herbicide resistance has been most extensive, but is rapidly increasing in the southern and northern regions. Glyphosate resistance was found to be a major driver of IWM adoption in the northern region. Farmers were very conscious of the value of avoiding large weed seedbanks and are supportive of the development of more cost-effective and sustainable weed management options.