Read time: 5 minutes
Resources / Articles / Ask an Expert / What can I do at harvest to reduce my future weed burden?

Peter Newman, WeedSmart’s western extension agronomist, says harvest time is an important opportunity to assess weed burden across the farm and be proactive about driving down the weed seed bank.

“Harvest can either be a super-spreader or a weed suppressing event,” he says. “Small patches of weeds can quickly expand when seed is blown out the back of the harvester. On the other hand, the harvester can be a powerful weed management tool if any one of the harvest weed seed control options are implemented.” 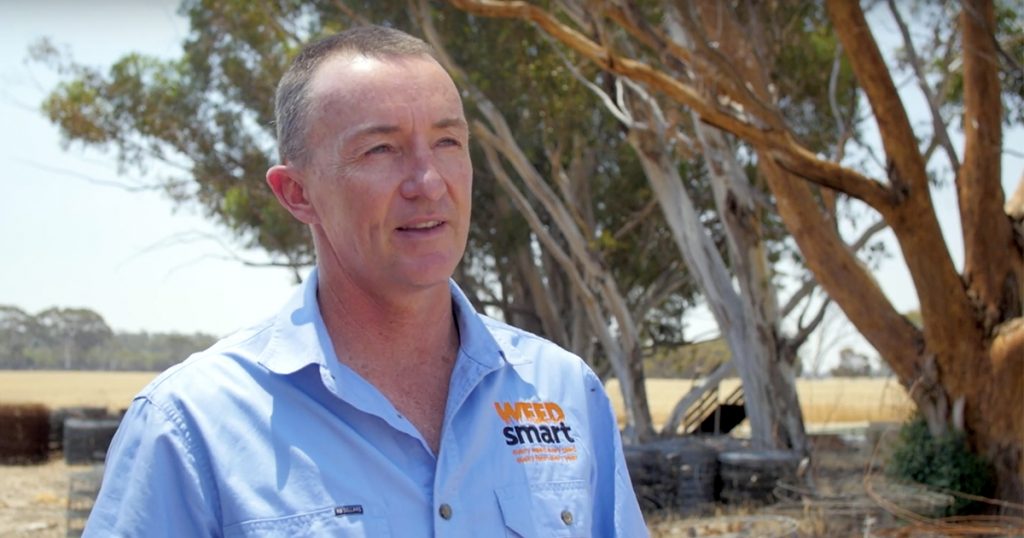 WeedSmart’s western extension agronomist, Peter Newman says efforts made to reduce the spread of weed seed at harvest will soon pay off for growers.

Australian growers have led the world in inventing and adopting harvest weed seed control tools such as impact mills, chaff carts, chaff decks and chaff lining, all of which can reliably destroy over 90 per cent of the weed seed that enters the front of the harvester.

“In addition to harvest weed seed control there are several other actions in the WeedSmart Big 6 that growers can implement just prior to, during and immediately after harvest that will make a measurable difference to the weed burden in future growing seasons,” says Peter. “The WeedSmart Big 6 tactics are scientifically-proven to reduce the risk of herbicide resistance through diverse herbicide use and cultural control to prevent weed seed set.”

What can I do before harvest to manage late emerged weeds?

The details: Growers across Australia use a variety of methods to map weeds – from the simple to the sublime. ‘Dropping a pin’ using the tractor’s GPS mapping system as you travel through a weedy section when spraying or harvesting is easy and provides useful information about the distribution of weeds in the paddock. Many growers have their own drones and use them the collect images or video footage of the crop that can be viewed or analysed to identify high density weed patches.

Collecting weed seed before or at harvest is the most common method used. The collected seed must be mature, from green to when the seed changes colour. Before harvest, collect 30 to 40 ryegrass seedheads or several handfuls of wild oats seed. After harvest, it is common to find seedheads still in the paddock or samples of contaminated grain can be sent for analysis.

Keep samples from different locations separate and details noted on the bag. Only use paper bags (double layer) to collect and send seed samples. Ensure bags are sealed so that the samples don’t mix during transit.

Which harvest weed seed control tool is best for my situation?

The details: Impact mills are best suited to continuous cropping situations. Residues are retained and evenly spread. Chaff decks have lower capital cost and are well-suited to controlled traffic situations. Chaff carts are popular with grain producers who also run livestock. Bale direct is also expensive but has a good fit in locations where there is access to straw markets. Chaff lining is currently the best ‘entry level’ system and can be used in CTF or non-CTF systems, with best results where the harvester runs on the same track each year. Chaff lining has essentially superseded narrow windrow burning, overcoming the time required and risks involved in burning and reducing the loss of nutrients from the system. 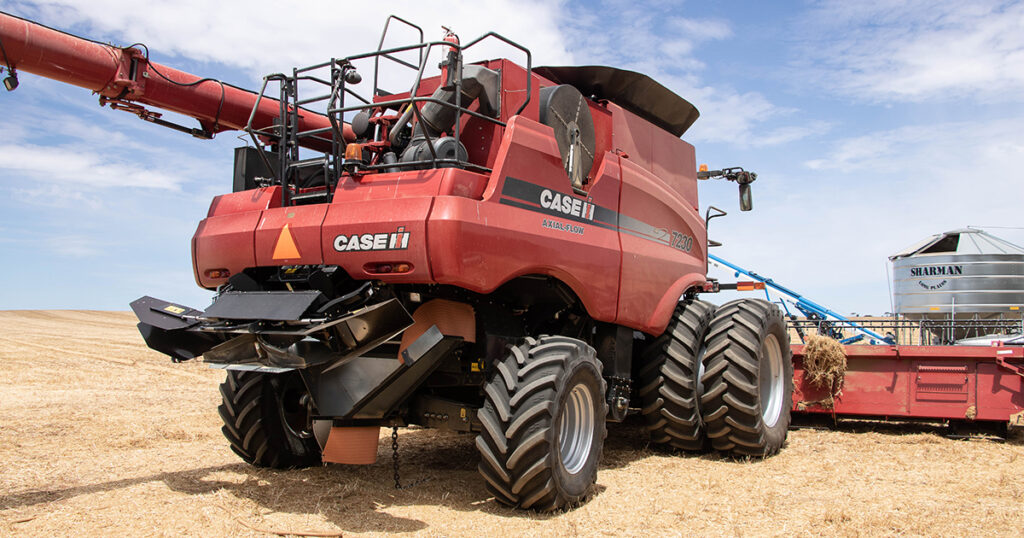 If you haven’t used harvest weed seed control tools before, it doesn’t take long to build and fit a chaff lining chute ready for use this harvest season.

What should I be ready to do straight after harvest?

In brief: Spraying weeds immediately after harvest is fairly common practice. Weeds present may be close to maturity or fresh germinations of summer-active weed species.

The details: Some growers get in early with knockdown herbicide applied under the cutter bar when swathing barley or canola. Consider using the double knock strategy, heavy grazing pressure and possibly a soil residual herbicide that is compatible with your planned crop rotation. Pay particular attention to any weedy patches identified before or during harvest. Stopping seed set at every opportunity is the crux of an effective weed management program.

Give some thought to what might be the underlying cause of weedy patches – fixing problems such as pH and soil nutrition imbalances, waterlogging and spray practices that routinely deliver low doses of herbicide.