Read time: 4 minutes
Resources / Articles / Ask an Expert / What can I do to control large FTR grass in fallow?

Feathertop Rhodes grass (FTR) is a major weed in chemical fallows in Australia, and is notoriously hard to kill with glyphosate.

Bhagirath Chauhan, professor at the University of Queensland’s Centre for Crop Science, says some other herbicide control measures have potential to manage large FTR plants (40 to 50 leaf stage) that have escaped earlier treatment. 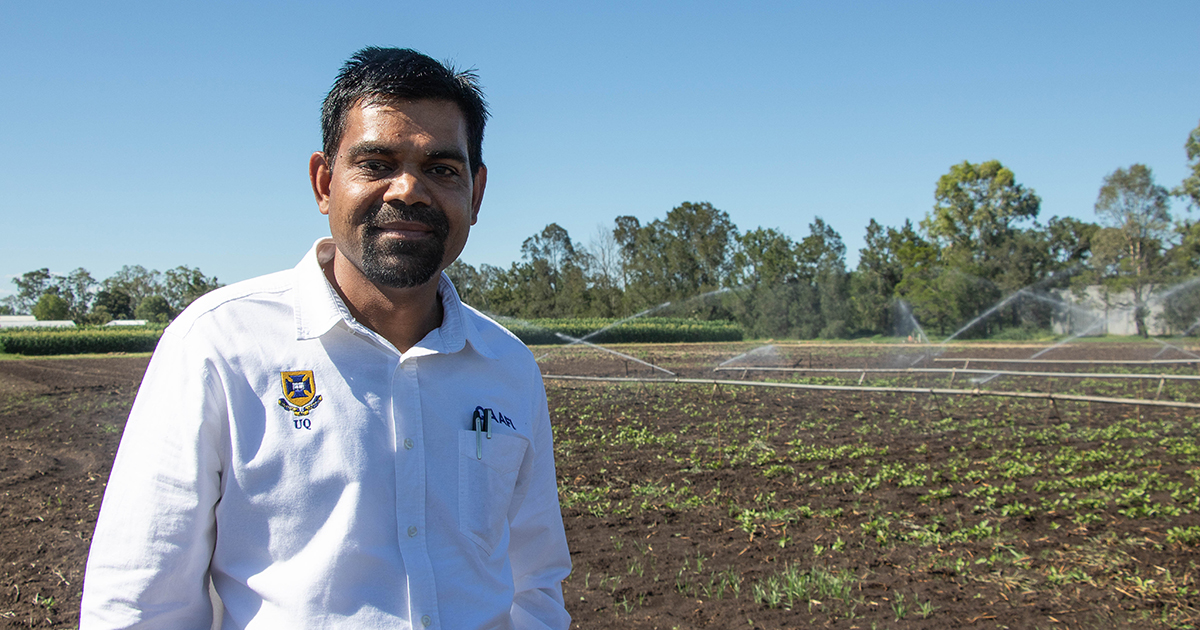 Professor Bhagirath Chauhan says there are some tank mixes and herbicide sequences that growers could deploy to help manage FTR and stop seed set.

“Feathertop Rhodes grass is an aggressive weed that can establish in bare fallow situations and produce a large quantity of seed if left uncontrolled,” he says. “Several biotypes of this species are resistant to glyphosate and can also survive a double knock of glyphosate followed by paraquat, particularly once the weed is larger than 4 to 5 leaf stage.”

To give growers more options, a study was conducted to assess the potential of other herbicides and use patterns that can control large feathertop Rhodes plants or stop seed set. 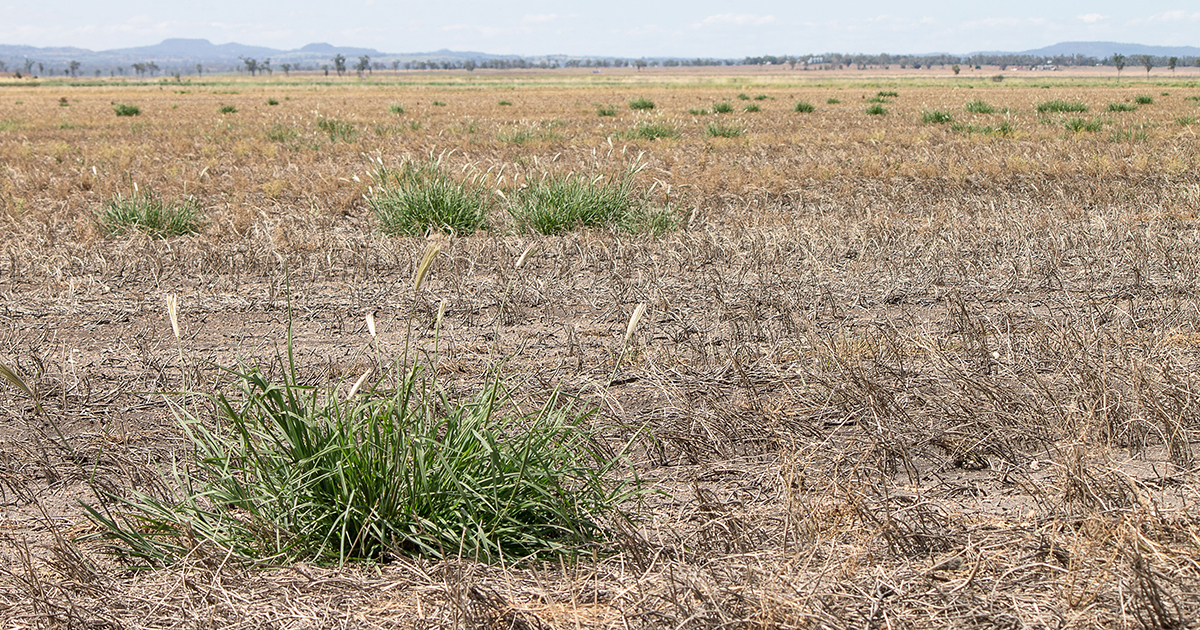 “An integrated approach is essential to controlling feathertop Rhodes grass,” says Bhagirath. “In applying the WeedSmart Big 6 to FTR in a bare fallow situation we have identified some tank mix and herbicide sequences that growers could deploy to help manage this difficult weed and stop seed set.”

Can anything be done to improve the efficacy of glyphosate or the double knock against large FTR plants?

The details: None of the commercially available adjuvants improved the efficacy of glyphosate (740 g a.e. per ha) as a single product application on FTR at the 40 to 50 leaf stage. All the plants survived and produced seed after being treated with glyphosate, indicating that the population used in the study was resistant to glyphosate at this rate and weed growth stage.

Glyphosate and the double knock tactic can often provide good control of resistant FTR plants if the herbicide is applied when the plants are small and actively growing.

However, the double knock was no better than using paraquat or glufosinate alone when applied to 8 to 10 leaf FTR plants. FTR is not listed on glufosinate labels in Australia but is used to control other weeds in fallow situations at the rate (750 g a.i. per ha) tested in this study. For best results, glufosinate needs to be applied in warm, humid conditions, which is not a common scenario for summer fallow situations. 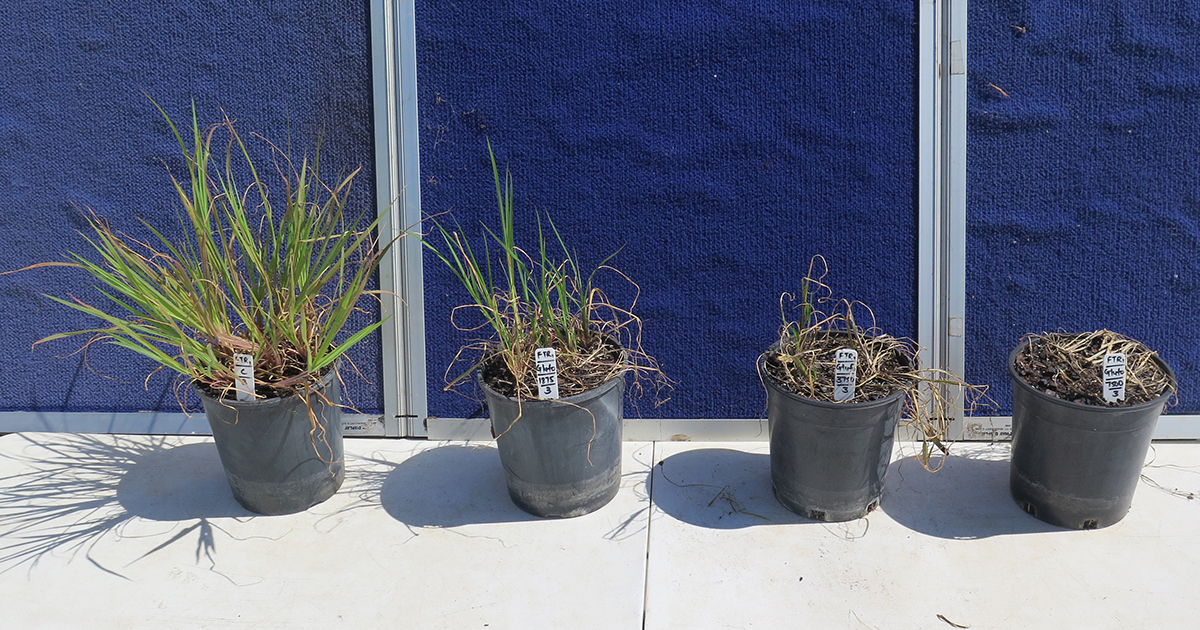 In brief: Possibly. Excellent results were achieved in pot trials conducted in an open environment, but will be more difficult to achieve in the field.

The details: Clethodim and haloxyfop were tested on FTR plants at the 24 to 28 leaf stage. Clethodim is registered for use against FTR in a number of summer crops, but without any crop competition many FTR plants survived the registered rate (90 g a.i. per ha), although weed biomass and seed production was severely curtailed.

Haloxyfop efficacy against FTR at this growth stage was 100 per cent at the registered rate of 80 g a.i. per ha.

A combination of these two treatments also resulted in 100 per cent control. The effective use of these two herbicides (both Group 1 [A]) relies on excellent coverage and application when the plants are actively growing. This is difficult to achieve in field conditions, which is why the label recommendations are typically for younger weeds. 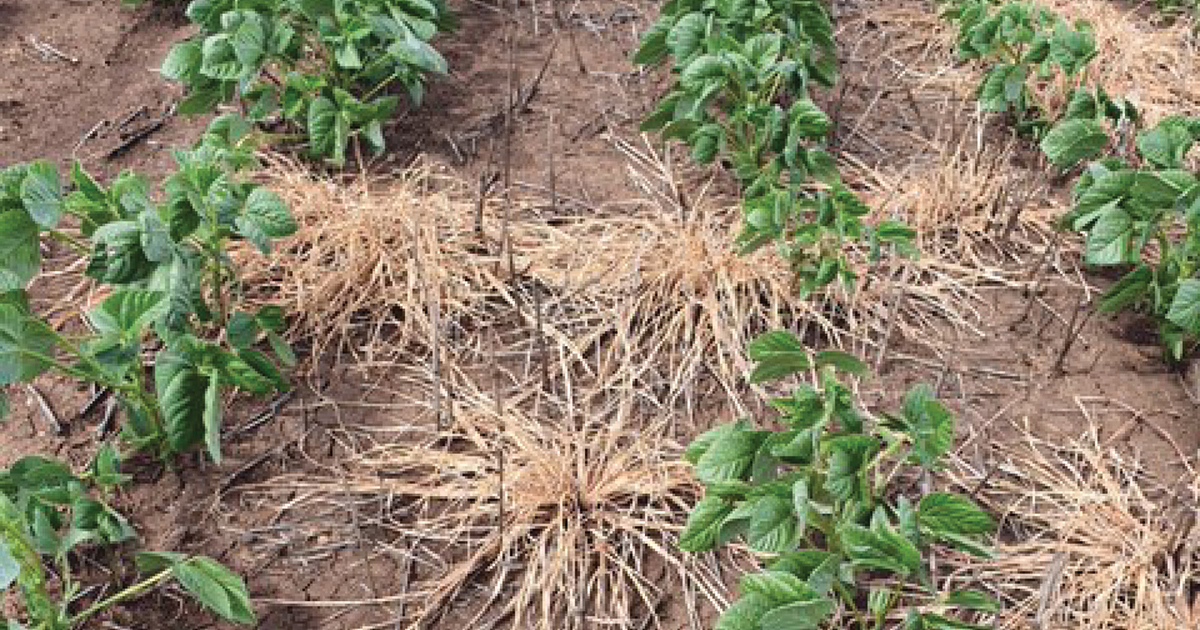 A combination of clethodim and haloxyfop can provide good control of large feathertop Rhodes plant and curtail seed production.

These herbicides are known to readily select for resistant biotypes so when applied in a chemical fallow situation (with no competition), it is necessary to target small weeds with robust application rates and to apply a second knock with a contact herbicide, such as paraquat.

Did you find any new and exciting prospects for controlling mature FTR plants?

In brief: Yes, it seems that there is a truly synergistic effect when isoxaflutole (Group 27 [H]; e.g. Balance) is mixed with paraquat.

The details: Neither of these herbicides provided useful control of FTR at the 40 to 50 leaf stage when applied individually. When mixed together, these herbicides achieved a higher level of weed mortality and prevented panicle production. For example, a tank mixture of isoxaflutole 75 g a.i. per ha, with paraquat 600 g a.i. per ha, resulted in 92 per cent FTR mortality and no panicle production.

Even at a paraquat rate of 300 g a.i. per ha mixed with isoxaflutole 75 g a.i. per ha, only 17 per cent of the large FTR plants survived when the mixture was applied to both the plant and the nearby soil – allowing uptake through both the leaves and the roots.

The benefit of this mixture may be reduced if the weed patch is dense, potentially reducing the amount of the isoxaflutole that reaches the soil. Even the prevention of seed set in large FTR plants is of significant value in managing the seed bank of this invasive weed, as FTR seed remains viable for less than 12 months.

Such a use pattern is not currently specified on product labels, although both products are registered for weed control in fallow situations.