Read time: 4 minutes
Resources / Articles / Ask an Expert / What is the critical period for weed control?

What is the critical period for weed control?

The critical period for weed control (CPWC) idea suggests that any weeds that germinate within the CPWC window should be controlled soon after germination to stop them reducing crop yield. Once the crop has passed the critical period then the crop will out-compete any new weed germinations and they will have little impact on yield.

NSW Department of Primary Industries research agronomist, Graham Charles’ work in cotton clearly demonstrated this principle for several key weed species, but he cautions that late germinations of weeds will still contribute to the weed seed bank and so must be controlled before they set seed, even though they may not affect yield of the current crop. 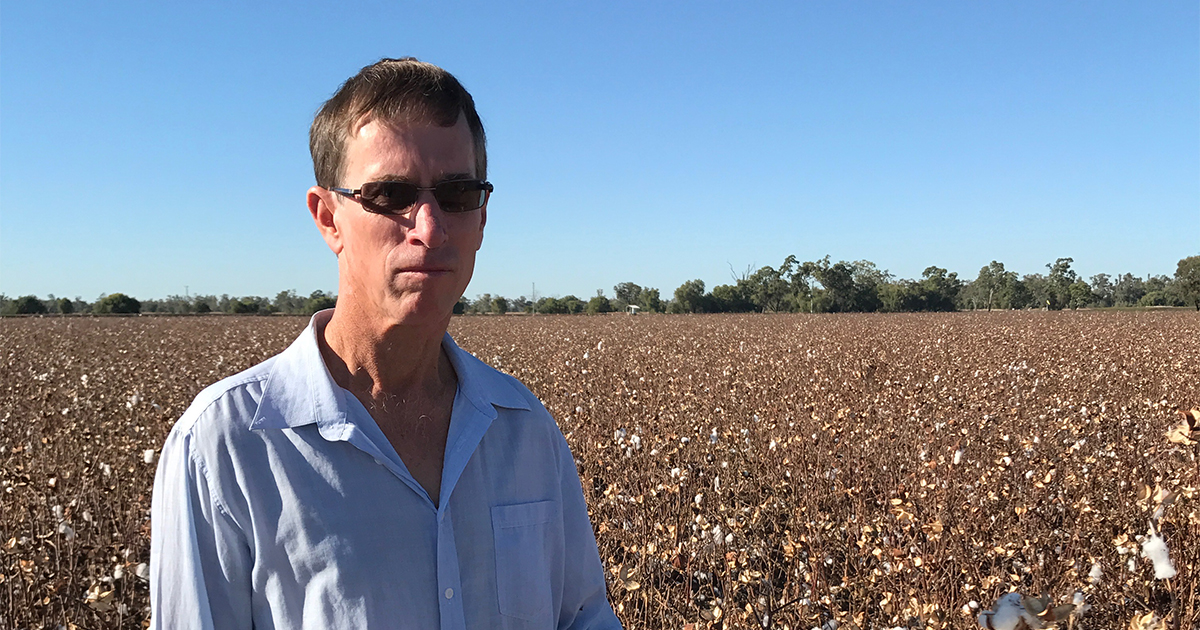 NSW Department of Primary Industries research agronomist, Graham Charles says early control of weeds is important to preserve yield and then growers need to turn their attention to preventing seed set in any later germinating weeds.

“To maximise crop performance and minimise the risk of herbicide resistance in farming systems growers need to make many decisions about the timing of weed control,” he says. “In Roundup Ready cotton there is an option to apply glyphosate at any stage of crop development, but once the critical period has been passed in the crop then the focus needs to switch to preventing seed set and preserving fibre quality, as these later weed emergences will not compromise yield.”

Using yield data across seven years and measuring the impact of three weed species, Graham developed a tool for cotton growers to estimate weed density and use the economic threshold to determine when to apply a weed control tactic.

“Getting the timing right is very important when it comes to managing weeds but the fact is, there are many variables and the decisions are hard to make,” he says. “The critical period weed sampling sheet that we developed for cotton can provide a framework for other growers to use to record weed densities.”

Herbicide resistance can only be contained in a low-density weed situation. Achieving this hinges on applying herbicides when the weeds are most susceptible – small and actively growing – and preventing any escapes from setting seed. This strategy will also protect yield: less weeds, more crop.

When the weed density is low, crop competition can do most of the work provided those few weeds are controlled early, without damaging the crop. Then come back later in the season to prevent seed set of any late germinating weeds to keep the seed bank in check.

How do you measure weed density?

Short answer: Do a ‘drive-by’ survey to identify weedy and less weedy areas. Then walk a transect through the weed areas and count the weeds present.

Longer answer: Record weeds in broad categories such as ‘large broadleaf’, ‘small broadleaf’ and ‘grasses’. Every 50 m, stop and make a small quadrant with your boots – heels together and feet placed at 90 degrees. Count the weeds in the square you can imagine with your feet providing two sides. As a rule of thumb, a count of 5 weeds equates to 50 per m2, and 20 weeds equates to 200 per m2.

Estimating weed density is difficult. One way to gather data is to do a field survey counting weeds within a small quadrant made using your boots. As a rule of thumb, a count of 5 weeds equates to 50 per m2, and 20 weeds equates to 200 per m2.

How do I time sprays to maximise the value of each herbicide application?

Longer answer: Delaying a spray application to wait for another germination (and try and get all weeds with one pass) may have a yield penalty and may also allow the older individuals to survive the treatment. When the weed density is low, crop competition can do most of the work provided those few weeds are controlled early, without damaging the crop. Then come back later in the season to prevent seed set of any late germinating weeds to keep the seed bank in check.

If weed density is moderate to high, then it is necessary to apply a number of tactics throughout the growing season to put downward pressure on weed numbers and seed production. In cotton, high densities (500 weeds per 10 m row) of grass weeds such as awnless barnyard grass and liverseed grass need to be controlled right through to early squaring of the cotton, just to prevent a 2% yield loss. If allowed to set seed this density of grass weed would obviously create an even greater weed problem for the following season.

How important is stopping seed set in relation to keeping glyphosate working?

And don’t forget to follow the same principles to protect the other chemistry groups. Controlling survivors of a Group A application, for example, is just as important for prolonging the life of the Group A herbicides.