Read time: 5 minutes
Resources / Articles / Ask an Expert / What strategies will rein in wild turnip in the northern region?

What strategies will rein in wild turnip in the northern region?

with Bhagirath Chauhan, Professor in Weed Science, The University of Queensland, Gatton

Although an emerging weed in the northern grain growing region, wild turnip steals crop yield and requires additional control measures that together cost over $10 million every year across Australia.

Bhagirath Chauhan, Professor in Weed Science at The University of Queensland, Gatton, says recent ecological studies have shed light on tactics that growers can use to rein in this invasive weed that could become a threat, particularly in production areas with marginal soil moisture in the northern region. 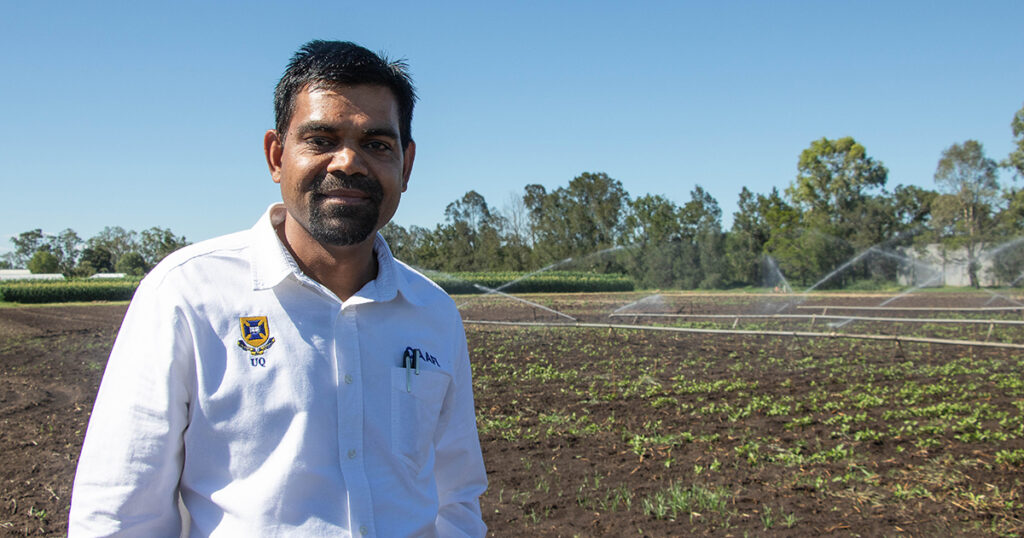 Bhagirath Chauhan, Professor in Weed Science, The University of Queensland, Gatton says if wild turnip plants are prevented from setting seed, it is possible to rapidly deplete the seedbank in a no-till system using a 6 to 12-month fallow and or competitive cropping.

“Wild turnip is considered a winter weed, but with sufficient soil moisture and mild temperatures it can also establish and set seed over summer,” he says. “Some biotypes of Brassica tournefortii have evolved resistance to chlorsulfuron, and other Group 2 [B] herbicides, first identified in South Australia in 1996.”

With investment from the GRDC, Dr Gulshan Mahajan conducted the recent studies on four biotypes collected in the northern region investigated the differences in seed dormancy, drought tolerance, effect of competition by wheat and chickpea crops, and seed persistence on the surface and at various burial depths.

“These experiments clearly demonstrated the invasive capability of wild turnip,” says Dr Chauhan. “This species can produce vast quantities of seed with variable dormancy, meaning there can be multiple germination cohorts, mainly associated with rainfall events. However, it is a poor competitor when faced with a crop such as wheat that achieves canopy closure quickly.”

‘Grow competitive crops’ is one of the WeedSmart Big 6 tactics, providing season-long weed suppression and maximising the value of early weed control efforts.

How long does wild turnip seed persist in the seedbank?

In brief: Seed persists for up to 18 months on the soil surface and 5 per cent of seed was still viable after being buried at a depth of 2 cm for 30 months.

Once the seed coat has degraded somewhat, seedlings readily emerge from the surface after rainfall events, generating multiple cohorts between February and October. Emergence peaks from March to May, potentially challenging crops sown from the end of April to June.

Keeping the weed seed on the surface in a no-till system and minimising soil disturbance at planting, coupled with pre-planting knockdown, pre-emergent herbicide and vigorous early crop growth can reduce germination and weed seed production in-crop.

Germination rates of up to 14 per cent occurred when seed was buried at a depth of 2 cm in soil with sufficient moisture (>25 per cent off water holding capacity) and alternating day/night temperature of 25/15 °C.

Wild turnip seedlings did not emerge from a depth of 5 cm. A one-off deep tillage event could be an effective control tactic to bury the existing seedbank, provided there was no seedbank replenishment or subsequent tillage. 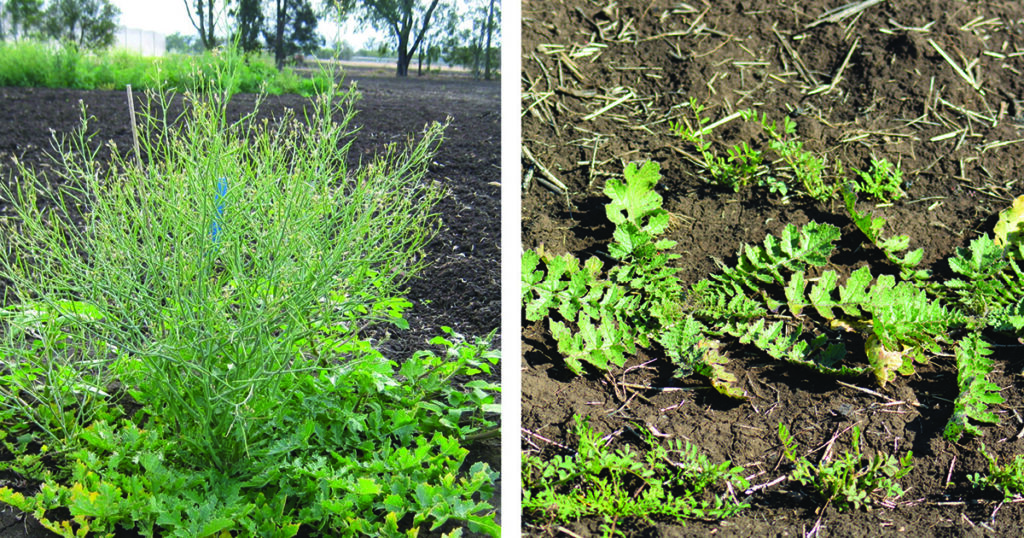 A single, large wild turnip plants can produce 10,000 seeds (left). Wild turnip can become a problematic weed in no-till systems because emergence of seeds in the surface layer is greater than for buried seeds (right).

How much seed does a wild turnip plant produce?

In brief: A wild turnip plant growing in a fallow or fenceline situation can produce around 10,000 seeds.

Although water stress (25% WHC) reduced the seed production to 3000 seeds per plant, this is still ample seed to establish an infestation capable of reducing crop yield. 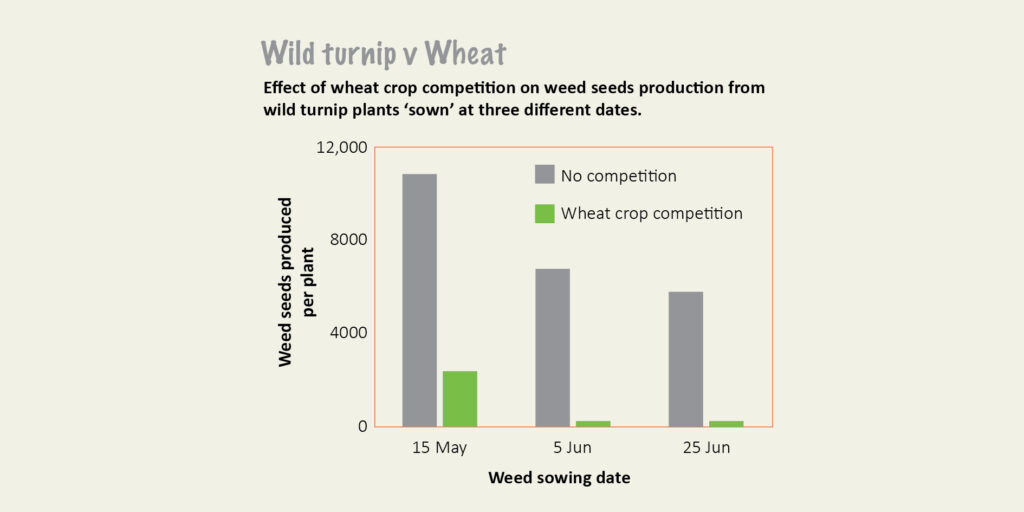 What is the best strategy to drive down wild turnip numbers?

The details: Wild turnip can, and has, become a problematic weed in no-till systems because emergence of seeds in the surface layer is greater than for buried seeds. The retention of stubble supports higher soil moisture at the soil surface, creating a favourable environment for germination over a long period. However, if emerged plants are prevented from setting seed, it is possible to rapidly deplete the seedbank in a no-till system during a 6 to 12-month fallow.

Shallow tillage may result in the buried seeds remaining viable for more than 2.5 years, with the potential for seed to be brought to the surface during subsequent planting operations, triggering the re-infestation of the paddock.

Avoid slower growing and wide-spaced crops such as chickpea in paddocks with a large wild turnip seedbank.