What’s the benefit of a double paraquat knockdown?

The ‘double knock’ strategy has long been used and promoted as a valuable tool in the battle against glyphosate resistance in weeds, with paraquat typically applied to control weeds that survived the ‘first knock’ of glyphosate.

James Jess, research and technical services manager, Western AG in Ballarat, says growers in his client group and beyond have used a double paraquat application to great effect this year, and avoided a very serious blow-out of glyphosate resistant annual ryegrass. 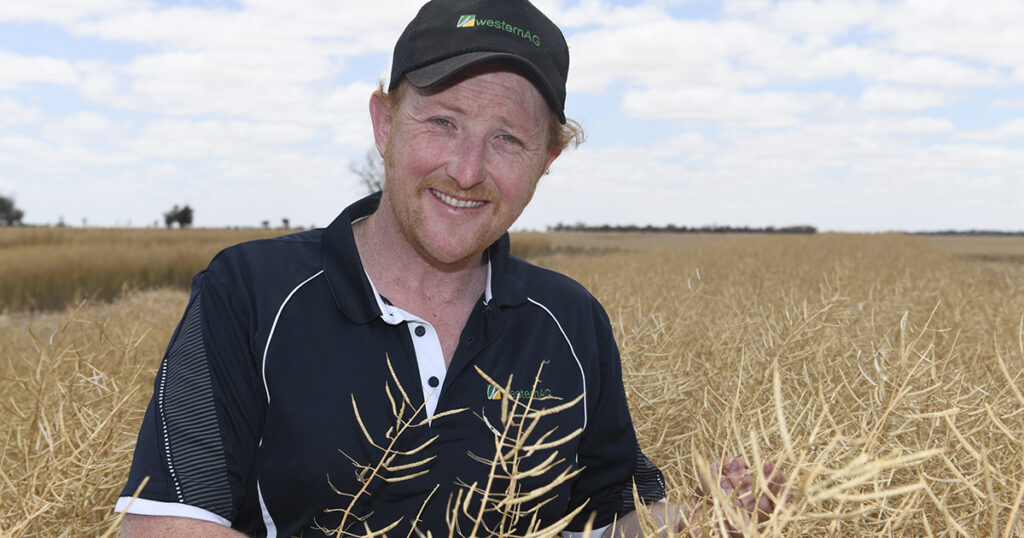 “The 2020 season did not provide an opportunity for an effective pre-seeding knockdown and growers across the higher rainfall zones of Victoria found many large, well-tillered ryegrass plants flourishing in their crops,” he says. “We sent samples to Peter Boutsalis at Plant Science Consulting and the results of the Quick Test showed high levels of glyphosate resistance.”

The live plant samples sent to Plant Science Consulting were tested for their response to rates from 2 to 5 L/ha of 600 g active ingredient glyphosate, and many survived rates of 4 L/ha and above. Given the high level of resistance, Western AG put down a trial to compare a range of double knock options so they could give their clients more confidence going into the 2021 season.

“We knew that the surviving plants growing in fields across the district would be setting a huge amount of seed and that growers would face a devastating situation unless we took decisive and effective action in 2021,” says James. “In the badly infested patches growers also took measures to reduce the amount of seed entering the seed bank at the end of the 2020 season using hay cutting or harvest weed seed control. In paddocks with mainly glyphosate susceptible ryegrass, desiccating feed barley is also a good way to drive down weed numbers.”

‘Double-knock to protect glyphosate’ is one of the WeedSmart Big 6 tactics.

What double-knock options did you trial?

The details: A series of timings were also tested for both the double knock options. Each of the ‘second knocks’ were applied 3, 7 and 12 days after the first knock application.

The two paraquat applications either 3 or 7 days apart were clearly effective in the trial, with the first paraquat application providing 90 per cent control of the glyphosate resistant ryegrass. This means that in a year where it is not possible to implement a double knock, we know that a single application of paraquat at robust rates will still do a good job of reducing weed numbers. 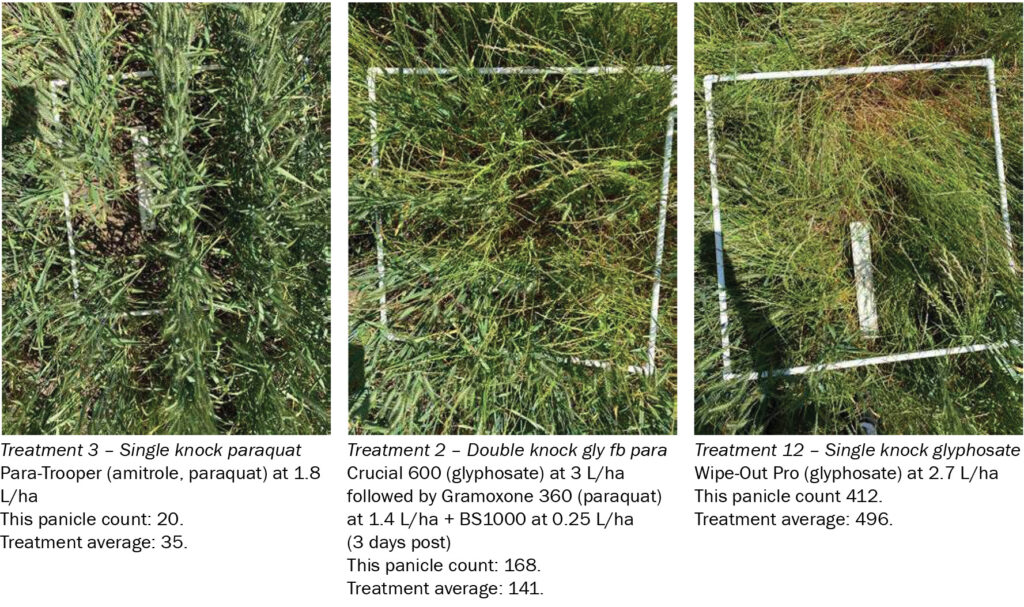 Get more details from the Western AG trial site report.

What advice did you give your clients going in to the 2021 season?

In brief: Delay seeding and implement a double paraquat knockdown.

The details: It was essential to get on top of the glyphosate resistance in ryegrass and avoid a blow-out. Last season the resistance level was high but the plants were still mainly found in manageable patches. Given the amount of seed that was likely added to the seed bank and potentially spread during harvest, it was essential that extra emphasis was put on having a clean seedbed going in to the 2021 season.

Once an effective knockdown has been applied we then recommend growers use a pre-emergent herbicide to reduce weed emergence when the crop is young. Later germinations are then suppressed by the competitive crop. In our trial we used Sakura incorporated by sowing (IBS), which provided excellent early weed control.

Has the recommendation been adopted successfully?

The details: There was immediate adoption of this tactic in response to the situation that emerged last season in the high rainfall zone of Victoria. Over 70 per cent of the Western AG client base in the higher rainfall western districts of Victoria implemented a double-paraquat application pre-seeding to target glyphosate resistant ryegrass before seeding the 2021 winter crop. This high level of adoption was a result of the strategy being actively promoted to clients, with the trial results giving growers the confidence to implement the recommendation. 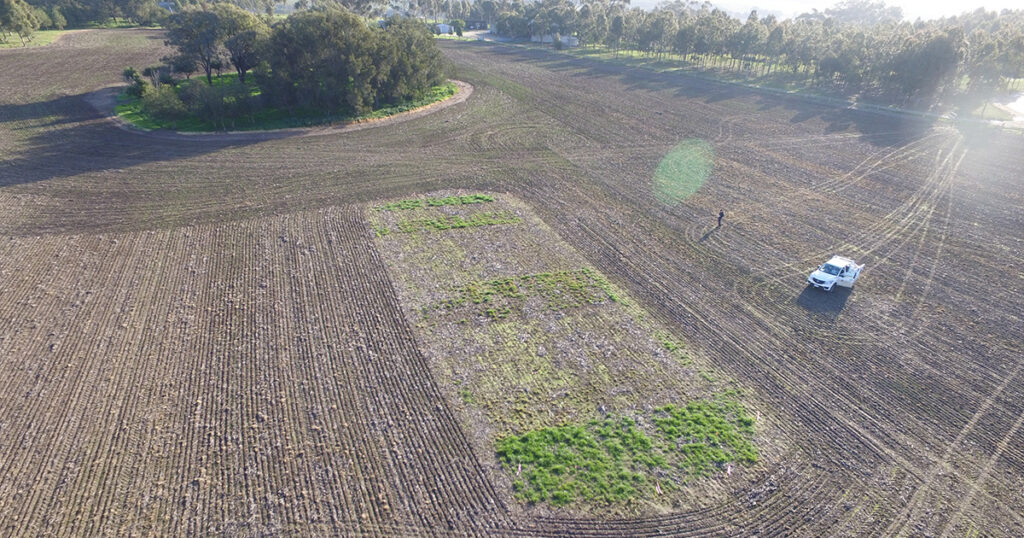 The blow-out was a real eye-opener for growers about how important it is to keep weed numbers low and the resistance mechanisms in play for all agricultural chemicals – not just herbicides.

The double paraquat tactic is also a good knockdown prior to sowing Roundup Ready canola to meet the stewardship requirements for using the RR technology.

Although resistance to paraquat is currently quite rare in annual ryegrass, it has been found in situations where paraquat has been applied at sub-lethal rates over a long period of time. There have also been new cases of paraquat resistance confirmed, and identified as developing, in ryegrass populations in WA, SA, Victoria and NSW this year.

With this in mind, a simple switch to double paraquat as a pre-seeding knockdown is not recommended as a standard practice but rather as a strategic tactic to contain glyphosate resistance in ryegrass. Once that has been achieved, a set of diverse strategies, including herbicide mixes, must be implemented and any survivors must be removed before they set seed.