Trials in Western Australia’s northern agricultural region this year have provided further evidence of the importance of spraying wild radish while it is small and following up with a second spray, as part of an integrated management strategy to control the weed.

“The aim of the trials is to find alternative options to kill wild radish with stacked, or multiple herbicide resistance,” he said.

“Over-reliance on valuable new herbicides such as pyrasulfotole (eg.Velocity® and Precept®) could lead to wild radish developing resistance to them.

“The work that we’ve done has shown that there are other options that can achieve effective wild radish control, particularly if we use an early timing followed by a timely second spray.”

Mr Thompson said the two large-scale trials at Northampton and Casuarinas, where herbicide tolerant wild radish populations are present, tested the efficacy of 56 ‘two-spray’ herbicide treatment combinations and the results supported those from 2012 trials in the region.

“Almost all of the treatments achieved 100 per cent weed control when herbicide was applied early, at the 1.5 to two-leaf stage, followed by a spray four weeks later,” he said.

“There were cases where some herbicides performed more quickly and impressively, but most of the treatments designed by the steering committee associated with the trials provided very sound control. 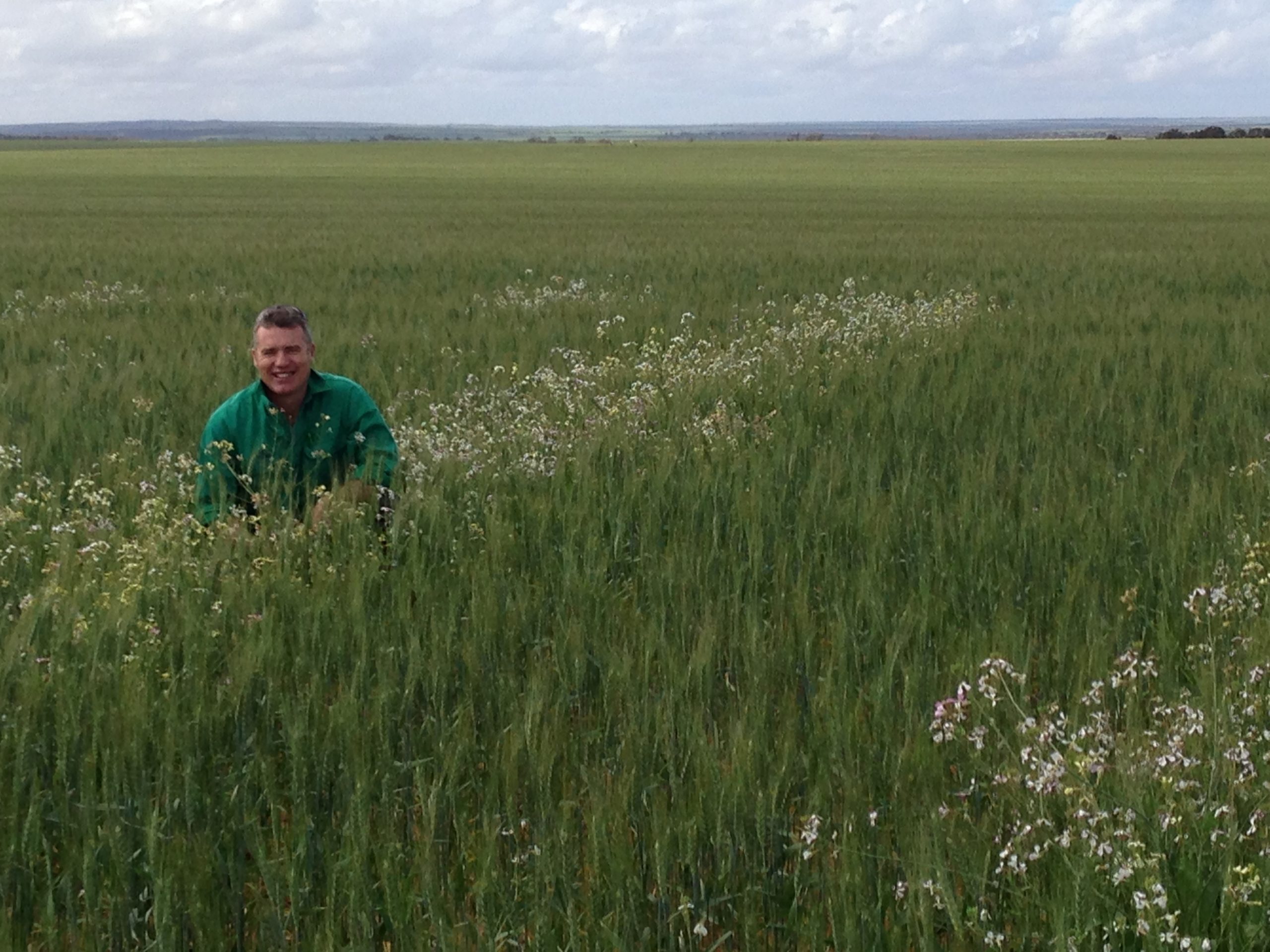 “On the other hand, unacceptable results occurred when wild radish populations received a later initial spray at the five leaf stage, despite a second herbicide spray being applied.”

Mr Thompson said the ‘timing of application’ trial at Chapman Valley clearly showed that there would be reduced control of wild radish if growers decided to wait and use just one late spray.

“This reduced efficacy occurred even when more robust treatments, with additional tank-mixed products, were applied,” he said.

Mr Thompson said the best performing trial plots would be harvested and analysed for grain quality to assess the effect of the different treatments on grain yield, quality and final grain value returns.

He stressed that chemical control methods should be used in combination with non-herbicide weed control practices.

More information about the trial results is available by contacting Mr Thompson on 0427 652 521 or grant@cropcircleconsulting.com.au

The GRDC RCSN initiative aims to help growers get the information they need, when they need it, so they can make good decisions about farming practices. Details about RCSNs are available here.