Windrow burning: it’s got to be hot

Growth Farms Australia manager, Chris Bunny, knew that the company was buying a property with herbicide resistant weeds when they purchased ‘Glaisnock’ near Young in 2008.

“The ryegrass on the property was known to be resistant to both Group A and Group B herbicides,” he said. 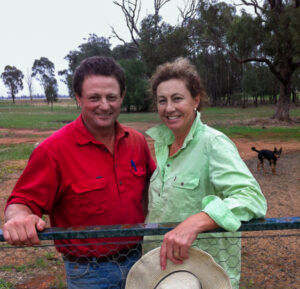 “Twenty-five years of continuous wheat-canola cropping had taken its toll and changes to the farming system were obviously required.”

Over the last few years Mr Bunny has implemented drastic changes—reintroducing livestock into the system, changing herbicide application tactics, modifying the rotation and adopting narrow windrow burning—all to address the problem of herbicide resistance in weeds.

The 970 ha red earth property, ‘Glaisnock’, located between Young and Temora is well suited to cropping but continuous cropping practice has generated an unsustainable level of weed pressure. Mr Bunny is in the process of fencing paddocks and installing stock waters as they move around the property planting lucerne for stock grazing.

“About 20 percent of the property is under lucerne in any one year,” he said. “Lucerne gives us the opportunity to earn income off these paddocks while also winter cleaning with heavy grazing and paraquat in at least 3 of the 5 years of pasture.”

They run trade stock, either steers or prime lambs, so they are able to be flexible with the timing and stock density. The lucerne is also breaking up the hard pan that had developed over so many years of continuous cropping.

Triazine tolerant canola and wheat are currently sown 50:50 across the remaining farming area. Mr Bunny said the triazine-tolerant canola had proven to be a useful way to introduce different modes of action to the assault on resistant weeds. He hopes eventually to reduce the area sown to canola but for now it is playing an important part in their integrated weed management program.

“The staggered germination pattern of ryegrass can make it difficult to know when to spray,” he said. “It is also tempting to not do the second knock when the first spray appears to have worked well, but we have seen the benefits when a strip has been left un-sprayed and it is clear that the second application is essential.”

This year is the third year of narrow windrow burning on the property and Mr Bunny is convinced of its effectiveness in reducing the weed seed bank. “The only real problem with narrow windrow burning is the chance of the windrows getting wet before you are allowed to burn,” he said. “We try to start burning as soon as permits are available. So far we have had successful burns in 2 out of the 3 years.” 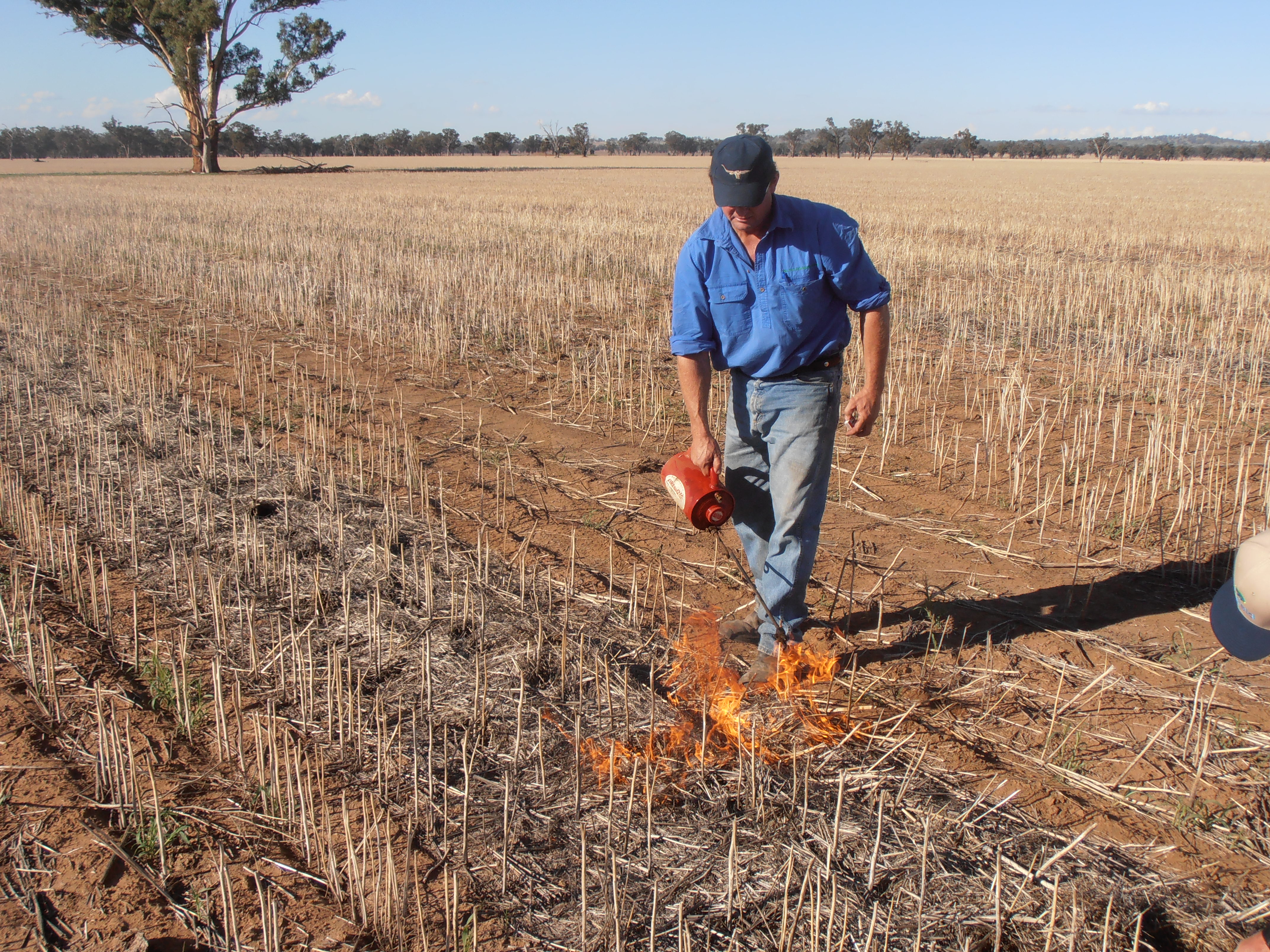 A hot fire is the key to effective narrow windrow burning to kill weed seeds.

Mr Bunny had previously used stubble burning as a weed control measure but had found that burning the whole paddock was ineffective and there was the associated loss of stubble.

“Burning the narrow windrows is a much safer operation and for negligible cost it is possible to modify the header and introduce another weapon against resistant weeds.”

The canola chaff easily generates the required 400 degrees Celsius required to kill ryegrass seed. The next challenge for Mr Bunny is to implement the strategy in harvested wheat paddocks. The main difficulty with taking this step is the need to cut the wheat lower than usual and the timing of harvest compared to when the ryegrass seed begins to fall.

“We will be working on lowering the header, aiming for ‘beer can height’, and adjusting the chute to make the windrows as narrow as possible without causing blockages,” he said.

Being able to effectively burn chaff in every paddock, every year is the aim and Mr Bunny is determined to solve any problems that stand in the way.

Mr Bunny said two people can easily burn 400 ha of narrow windrows in one afternoon. Each windrow is lit every 400 metres or so, starting soon after midday. The windrows burn quite quickly and most are burnt out by late afternoon. Mr Bunny checks the paddocks again late in the afternoon and extinguishes any that are still alight.

“With the wheat we anticipate the need to burn off smaller areas at a time and that there will be more risk of the fires spreading across the paddock,” he said.

Summer rains can cause problems with the wet windrows tending to only burn along the top where the chaff has dried off. Mr Bunny has found that even in years where the effectiveness of the burn is reduced there is still a benefit in concentrating the weed seed into narrow bands in the paddock where germinations can be more easily and cost-effectively targeted.

Growth Farms Australia recently hosted researcher Michael Walsh from the Australian Herbicide Resistance Initiative and a group of growers from Western Australia with extensive experience with herbicide resistant weeds, including annual ryegrass. Growers from the Young district were invited to meet the visiting experts and to see narrow windrow burning demonstrated.